HOME  >  Browse  >  Autographs  >  Autographs & Manuscripts  >  A Treatise of Equity … with the addition of marginal references and notes by John Fonblanque. Volume the Second 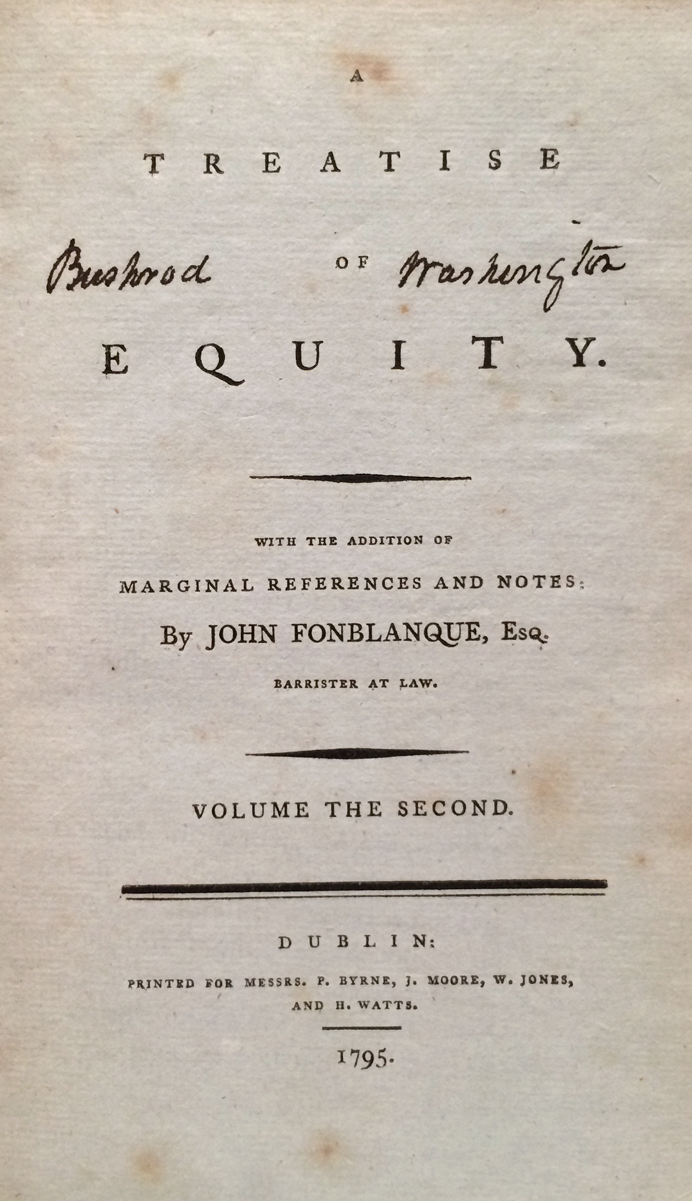 from the library of Bushrod Washington, George Washington's nephew and a Supreme Court Justice

(WASHINGTON, BUSHROD.) [Ballow, Henry.]. A Treatise of Equity … with the addition of marginal references and notes by John Fonblanque. Volume the Second

George Washington took a special interest in his nephew’s legal education, sponsoring his studies with George Wythe and James Wilson. Bushrod Washington practiced law from 1784 to 1798, when John Adams appointed him to the Supreme Court. He served for thirty-one years, concurring with Marshall so often that another member of the Court observed that they “are commonly estimated as a single judge.”

John Fonblanque (1759-1839 was an English politician and barrister. Bushrod Washington cited his edition of the Treatise of Equity in a number of cases. The influential work appeared in five editions from 1792 to 1820. Thomas Jefferson paid $7 for the third edition in 1807.