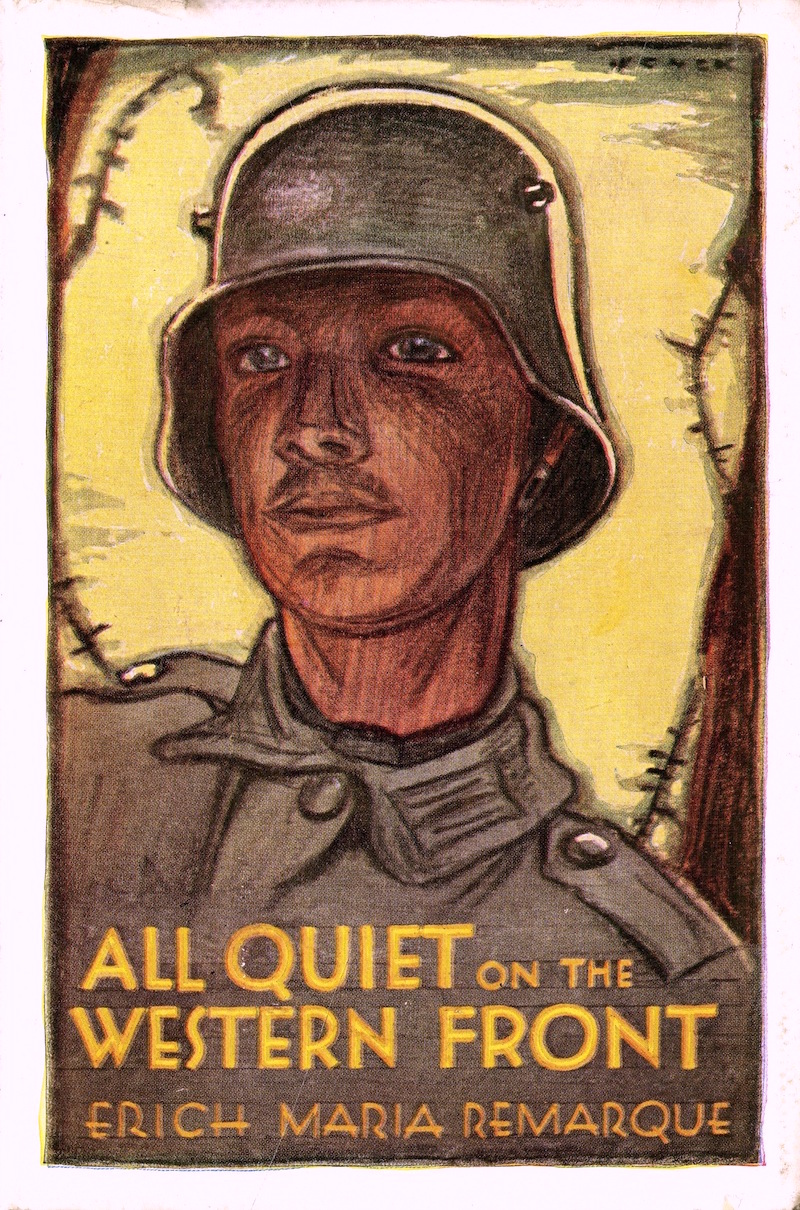 All Quiet on the Western Front

REMARQUE, ERICH MARIA. All Quiet on the Western Front

Original cloth and dust-jacket. Minor soiling and wear including a small abrasion costing three letters on back panel of jacket. An excellent copy.

FIRST AMERICAN EDITION of one of the best-selling and most influential war novels ever published. All Quiet on the Western Front, first published in German in 1929, the year of this English translation, sold 2.5 million copies in twenty-two languages within eighteen months of its initial newspaper serialization. The 1930 film adaptation won two Academy Awards.

Remarque was a German veteran of the Great War. He declared that “This book is to be neither an accusation nor a confession, and least of all an adventure, for death is not an adventure to those who stand face to face with it. It will try simply to tell of a generation of men who, even though they may have escaped its shells, were destroyed by the war.”

With All Quiet on the Western Front, Remarque became a leading spokesman for the generation that had been “destroyed by war.” The rising Nazi Party strongly opposed the work, disrupting screenings of the film in 1930. In May 1933, Joseph Goebbels banned and ordered the public burning of the book, which was one of the first degenerate works to be burned by the Nazis.

This is a beautiful copy in dust jacket.