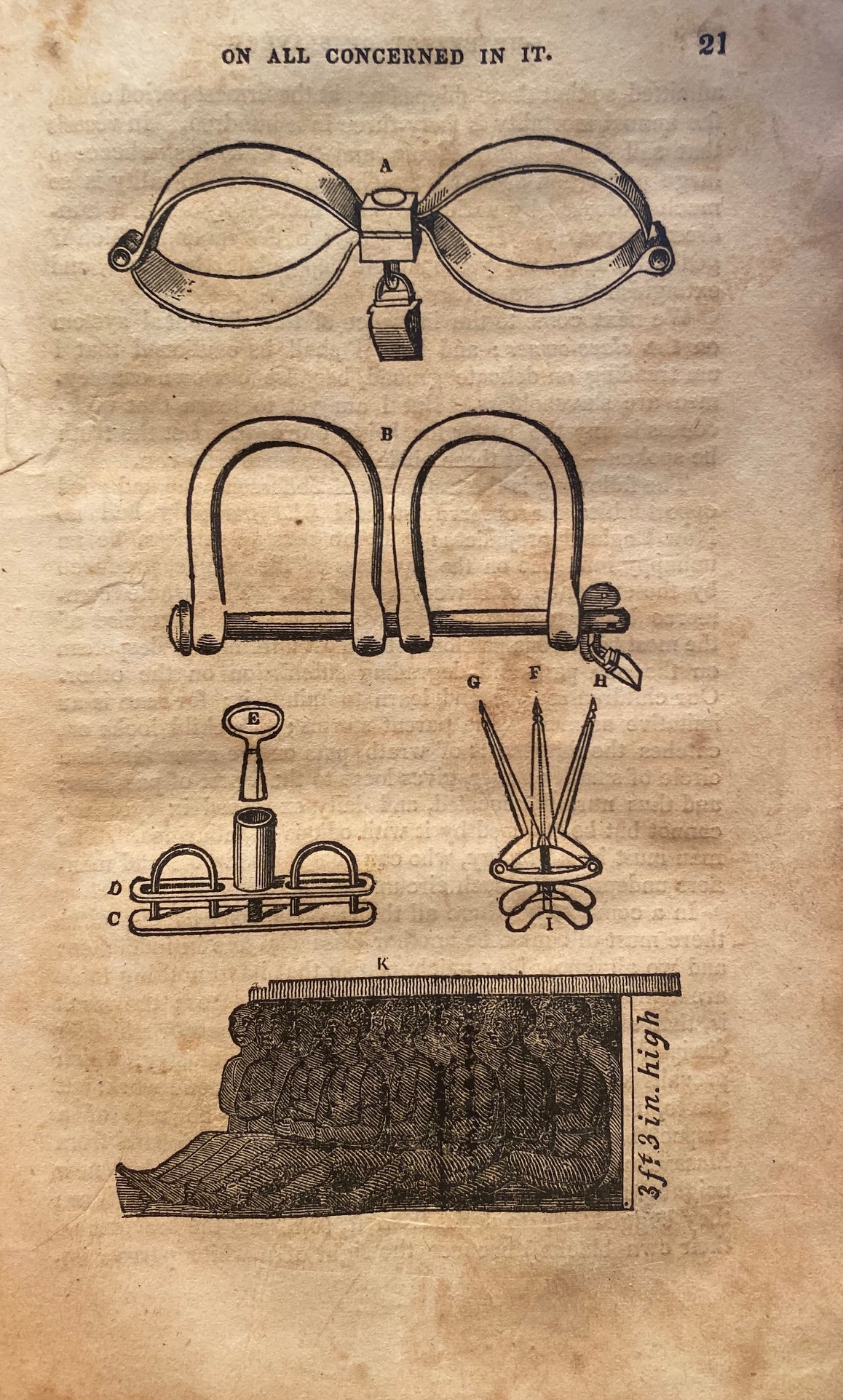 CHILD, LYDIA MARIA. An Appeal in Favor of that Class of Americans called Africans

216 pp. Two full-page engravings, one of shackles and slaves crammed in a ship, the other of a slave at work while a white man reclines on the ground. Original brown cloth. Rubbed and soiled but sound. Foxing, short closed tear to first leaf. A good untouched copy. Cloth clamshell case.

SECOND EDITION of Child’s Appeal, the landmark in American abolitionist literature. The book, first published in Boston in 1833, “called for immediate emancipation (without compensation to owners) and racial equality as well as argued against colonization in Africa. Although Wendell Phillips, William Ellery Channing, and Charles Sumner credited An Appeal with shaping their own antislavery views, Child was almost immediately ostracized by a public that formerly had adored her” (ANB).

Abolitionist provenance: from an anti-slavery society library with the contemporary inscription “A.S. Library No. 6.” This may be from the Salem Anti-Slavery Library or a similar society.  We have seen a copy of Godwin’s Lectures on Slavery (1836) with the inscription “1836. Salem A. S. Library No. 51, to be returned in Two Weeks.” Books from anti-slavery society libraries are very scarce.