HOME  >  Browse  >  Rare Books  >  History of Ideas  >  An Inquiry into the Nature and Causes of the Wealth of Nations … the third edition, with additions 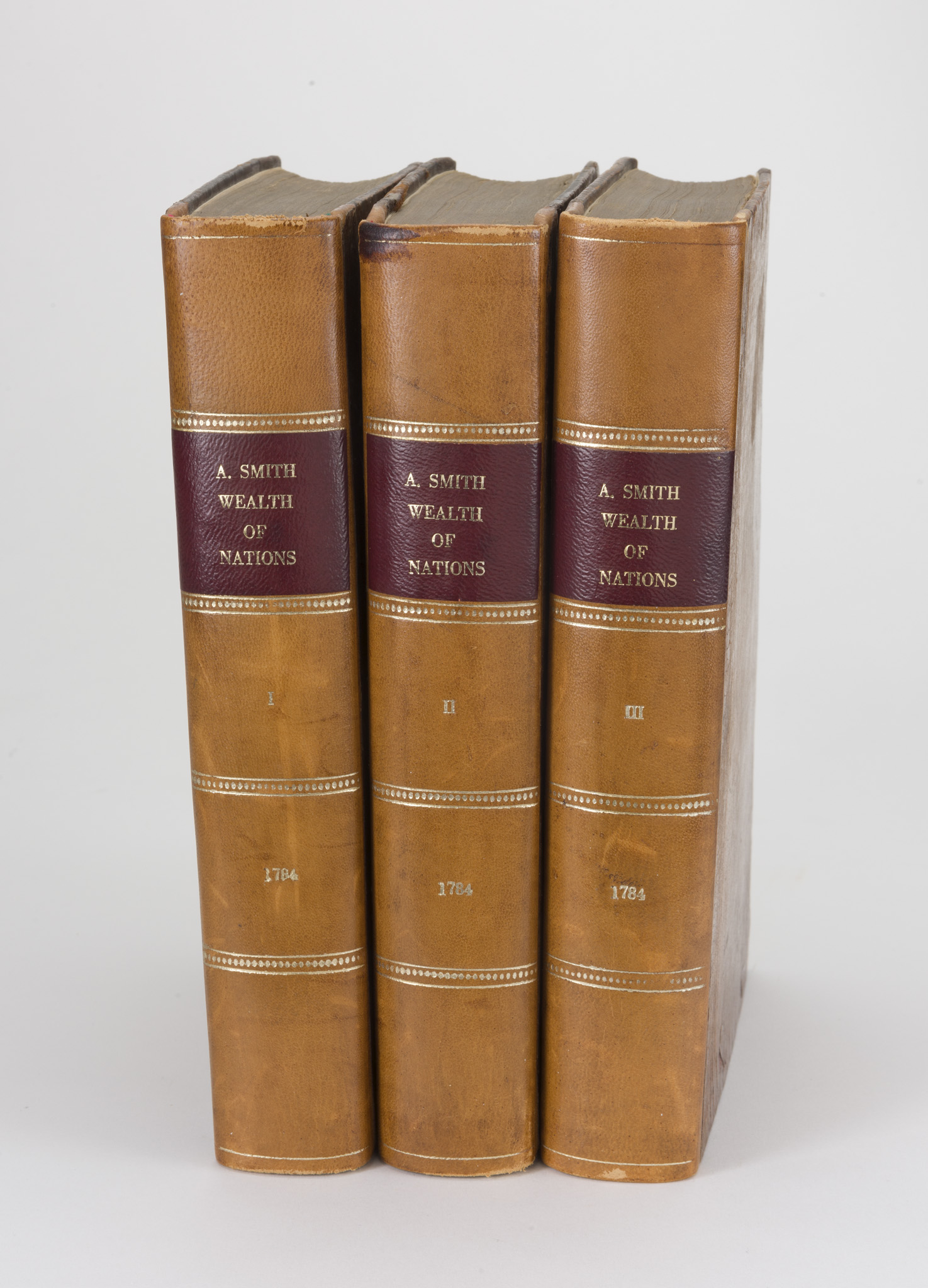 The final version of the Wealth of Nations

SMITH, ADAM. An Inquiry into the Nature and Causes of the Wealth of Nations … the third edition, with additions

THIRD EDITION of the most important book in the history of economics. Only 1000 sets were printed. The third edition (following the 1776 and 1778 editions) contains a new chapter, numerous additions and corrections, and an index. “This issue must be accepted as representing his final version … as there is clear evidence that it was read several times in proof, with close attention to the printing, the third edition can be regarded as supervening even the first in many of its formal aspects, and thus now serves as printers’’ copies” (William B. Todd). The first comprehensive treatment of the subject of political economy, The Wealth of Nations accepted the French physiocrats’ attacks on mercantilism but rejected their view that land is the whole source of wealth. Instead, Smith saw the labor of the nation as its lifeblood and identified the division of labor as the key to increased productivity. Labor, the standard of value, was the original determinant of price, which in advanced societies is also affected by wages, profit and rent, all treated in the first book. In the second book, Smith analyzes the nature, accumulation, and employment of capital, the growth of which brings an increase in productive labor. Smith concludes by attacking the mercantile system and advocating freedom of commerce and industry. Smith’s Wealth of Nations has been the bible for generations of laissez-faire economists and political philosophers and is the cornerstone book of free-market theory. His individualistic view of political economy is neatly summarized in a famous quotation from the Wealth of Nations:  “It is not from the benevolence of the butcher, the brewer, or the baker that we expect our dinner, but from their regard to their own interests. We address ourselves, not to their humanity, but to their self-interest.” “Where the political aspects of human rights had taken two centuries to explore, Smith’s achievement was to bring the study of economic aspects to the same point in a single work. . . . The certainty of its criticism and its grasp of human nature have made it the first and greatest classic of modern economic thought” (Printing and the Mind of Man 221).