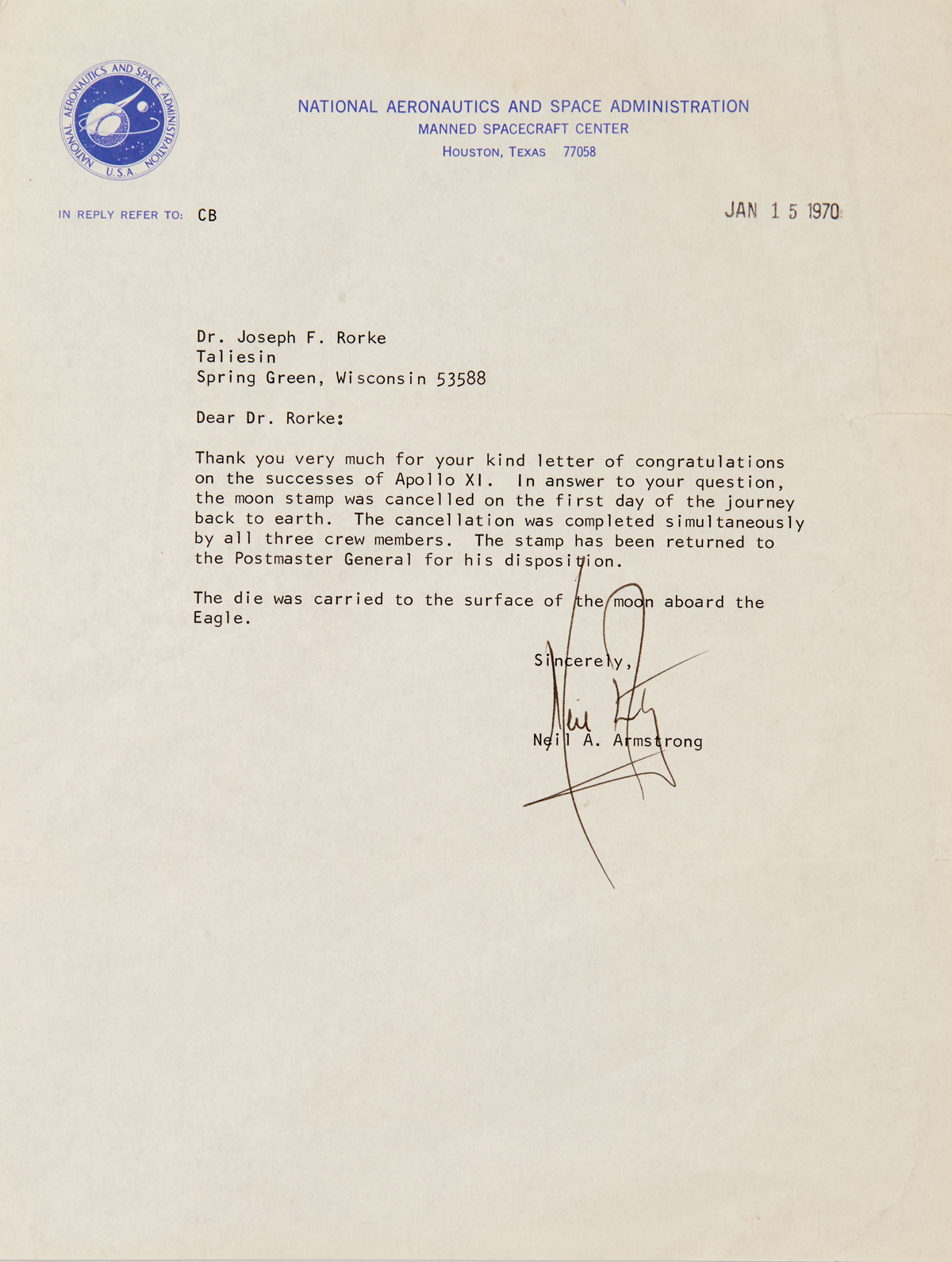 In this historic letter Armstrong details the history of the Apollo XI in-flight cancellation of the “First Man on the Moon” stamp and of the die famously carried to the moon by Armstrong, Aldrin, and Collins:

“Thank you very much for your kind letter of congratulations on the successes of Apollo XI. In answer to your question, the moon stamp was canceled on the first day of the journey back to earth. The cancellation was completed simultaneously by all three crew members. The stamp has been returned to the Postmaster General for his disposition. The die was carried to the surface of the moon aboard the Eagle.”

The astronauts were to have postmarked the Postmaster General’s “moon letter” while on the moon’s surface, but they did not have time to undertake the task. Instead, they used the “MOON LANDING/USA/JUL/20/1969” rubber handstamp on the return journey, as Armstrong relates in this letter.

Michael Collins recalled, “Never mind that it is July 22, this is the first chance we have had to get to it. We try the cancellation out first, inking it and printing it in our flight plan three times until we get the hang of it, and then we apply it gingerly to the one and only envelope, which we understand the postmaster general will put on tour” (Collins, Carrying the Fire).

The die that Armstrong and Aldrin carried to the surface of the moon was subsequently used to make the printing plates for the famous “First Man on the Moon” stamp, far and away the most popular issue in the history of the US Postal Service.

This Neil Armstrong letter is rare documentation of a landmark event in philatelic history.