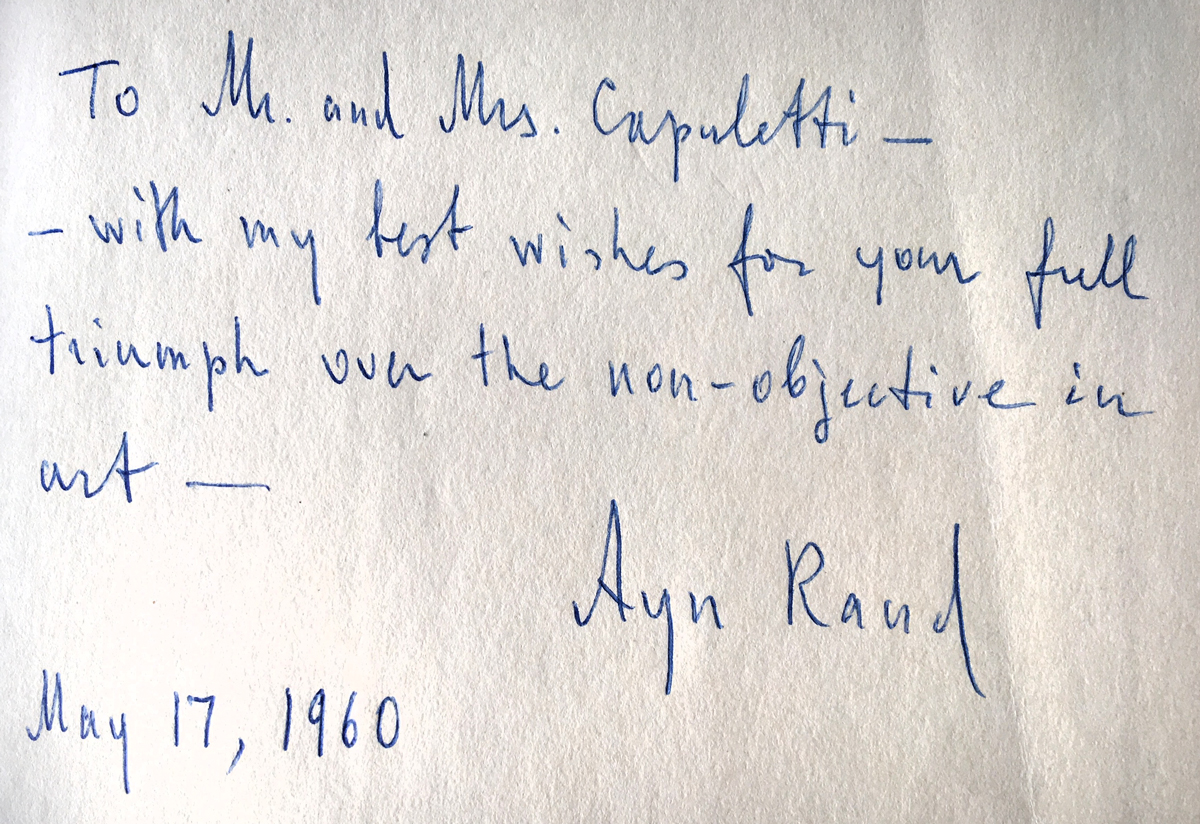 FIRST EDITION. Inscribed and signed by Rand to Mr. and Mrs. Capuletti “for your triumph over the non-objective in art” and dated 17 May 1960.

Jose Manuel Capuletti was perhaps Rand’s favorite painter, and she collected his works avidly. She wrote in 1966, “to the extent that one may detect certain dominant values in different cultures, one could say the work of Capuletti has the passionate intensity of Spain, the elegance of France, and the joyous, benevolent freedom of America.”

“The book made Rand a hero to many business owners, executives, and self-identified capitalists, who were overjoyed to discover a novel that acknowledged, understood, and appreciated their work … She presented a spiritualized version of America’s market system, creating a compelling vision of capitalism that drew on traditions of self-reliance and individualism but also presented a forward-looking, even futuristic ideal of what a capitalist society could be … Rand’s defense of wealth and merit freed capitalists from both personal and social guilt simultaneously … In Rand business had found a champion, a voice that could articulated its claim to prominence in American life” (Burns, Goddess of the Market: Ayn Rand and the American Right).

Alan Greenspan declared, “Of all my teachers, Arthur Burns and Ayn Rand had the greatest impact on my life… Ayn Rand expanded my intellectual horizons, challenging me to look beyond economics to understand the behavior of individuals and societies.”

NYPL Books of the Century 163.