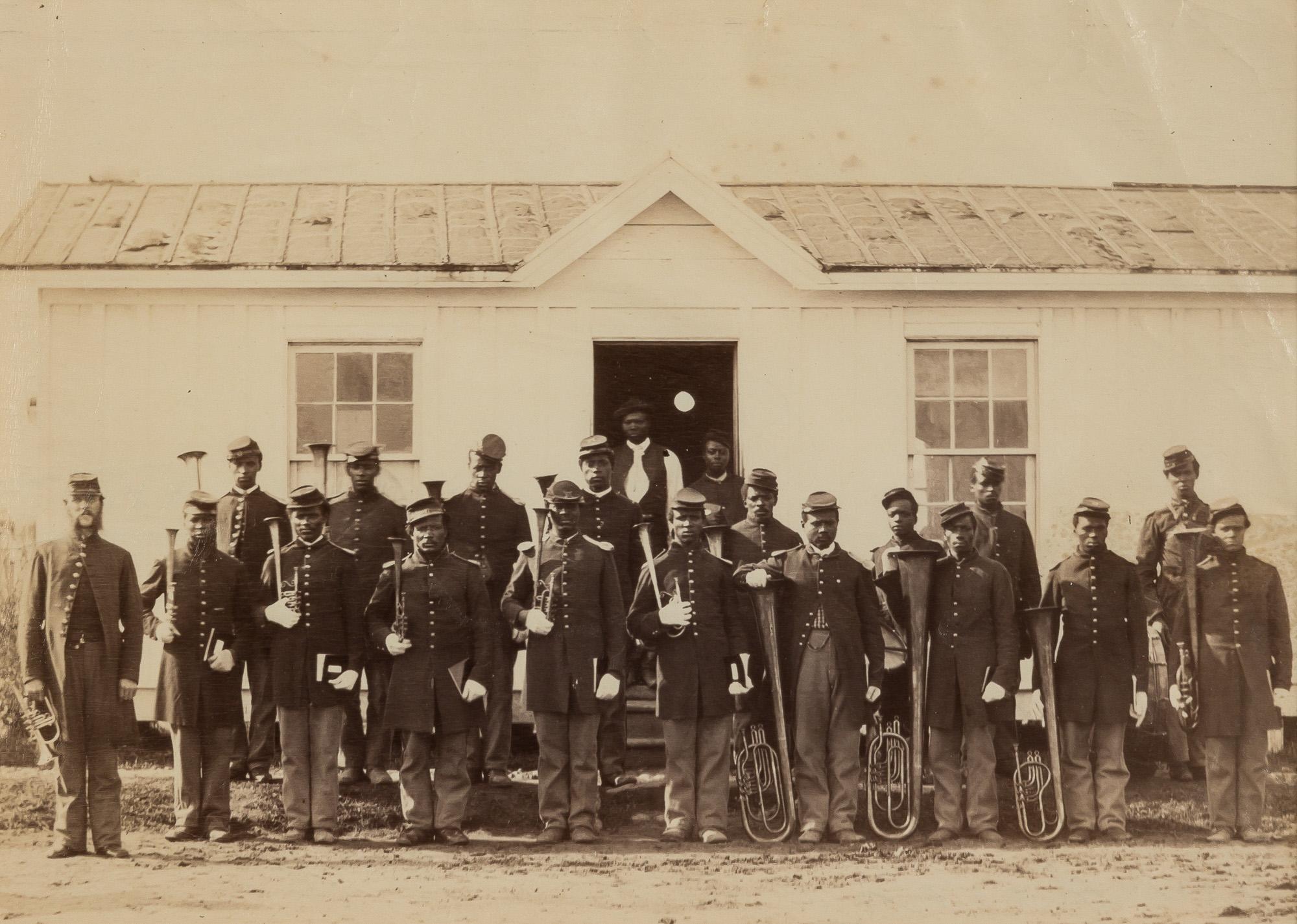 This rare photograph of a Black Civil War military band shows the band of the 107th U.S. Colored Infantry.

“One of the first acts of the white commanding officers of Negro regiments was to procure instruments and music instructors for the formation of bands” (Southern, The Music of Black Americans). Through parades and other public performances, these bands helped recruit other Black men to join the Union Army. By the war’s conclusion nearly 200,000 Black men had enlisted, each regiment with its own band.

The 107th U.S. Colored Infantry was organized in 1864 in Louisville, Kentucky. They participated in the siege of Petersburg, the capture of Wilmington, the occupation of Raleigh, and several other smaller battles and skirmishes, culminating with the surrender of Johnston, marking the end of hostilities.

After the war, “the Freedmen’s Bureau headquarters in Washington became the responsibility of the 107th USCI, one of the last volunteer regiments, black or white, to muster out. Along with surplus ordnance stored at several of the forts that ringed the capital, the 107th also guarded Freedmen’s Village, which stood across the Potomac on the Virginia estate of Confederate General Robert E. Lee” (Dobak, Freedom by the Sword).

William Morris Smith made this image at Fort Corcoran in Arlington, Virginia. The Washington-based photographer contributed a number of images (though not this one) to Gardner’s Photographic Sketch Book of the War. The only other example we have located is at the Library of Congress.

This is a splendid view reflecting a neglected aspect of the Black military experience during the Civil War.