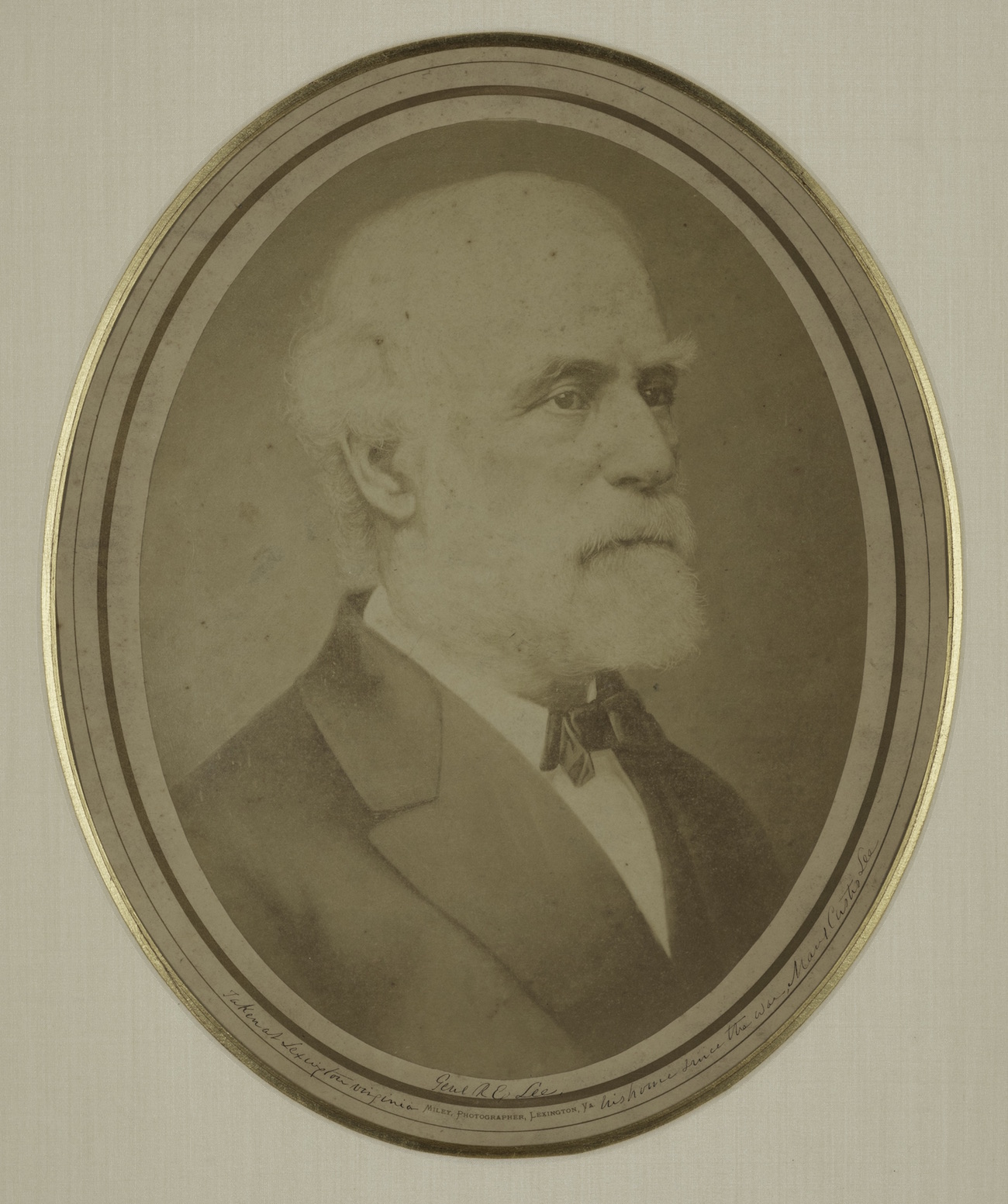 A rare portrait of Robert E. Lee inscribed by his wife: “Gen. R.E. Lee, taken at Lexington, Virginia, his home since the war. Mary Custis Lee.” The image was taken the year before Lee’s death by Michael Miley, “General Lee’s Photographer.”

Miley and Lee met in Lexington after the Civil War and forged a friendship that allowed Miley to create some of the most engaging portraits ever made of Lee. A Confederate veteran who had served in Stonewall Jackson’s brigade, Miley moved to Lexington in 1866 and opened a photography studio called The Stonewall Art Gallery. Lee had relocated to Lexington the previous year to serve as the president of Washington College (renamed Washington and Lee University after his death). Miley revered Lee, and the general’s influence on him is evident in the young photographer’s work. Miley photographed views of Lee’s beloved Rockbridge County, copied oil portraits of the Lee family, and recorded their private documents and personal effects to ensure their survival.

Miley made numerous portraits of Lee during their five year association, and he was one of the few photographers to capture an image of Lee on his horse, Traveller. Miley’s son Henry would later write that his father “considered Lee the greatest man that ever lived” and that “General Lee liked Father.” The Stonewall Gallery featured portraits of the prominent men and women of the day. A local paper, The Rockbridge County News, called the studio “one of the sights of Lexington. Here were portraits of General Robert E. Lee and his family, to the third generation; of President Jefferson Davis, John C. Breckenridge, General Beauregard, Jubal Early, Commodore Maury, and of all the professors in the University and Institute faculties.”

This striking portrait is an especially large and appealing photograph of Robert E. Lee.