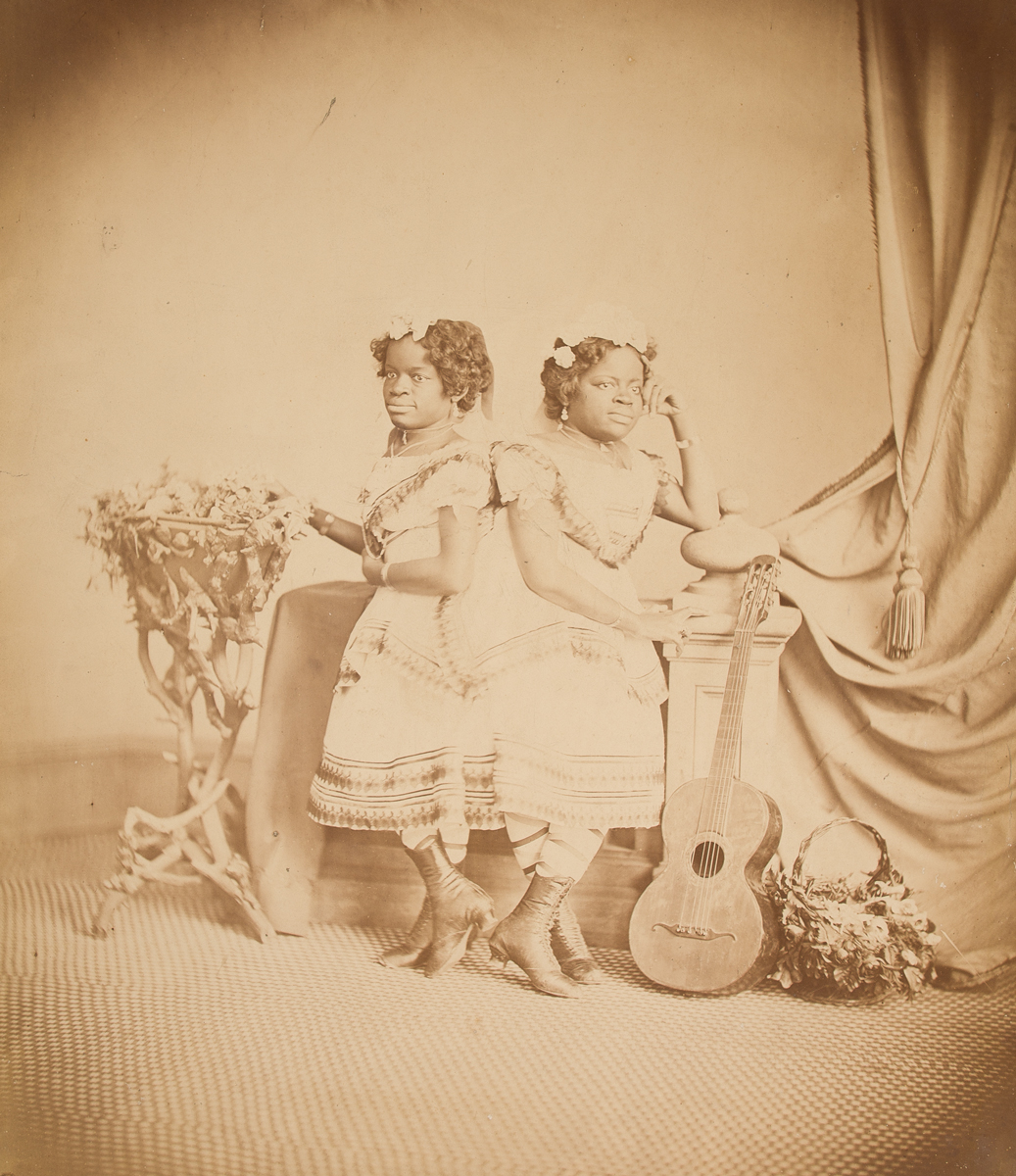 An American Success Story: The McKoy Sisters - From Enslavement to World-Famous Entertainers

“I am most wonderfully made, a marvel to myself am I, as well as to all who pass by.”
— Millie-Christine

This spectacular large-format photograph depicts the celebrated conjoined twins Millie and Christine McKoy, known variously as “Millie-Christine,” “The Carolina Twins,” and “The Two-headed Nightingale.” The two once declared, “Although we speak of ourselves in the plural, we feel as but one person.”

The McKoy sisters shared one of the most remarkable lives in American history. Born into slavery on a North Carolina plantation in 1851, the infants were sold for public exhibition. Over the next few years, they were kidnapped and sold several times. Slaveowner Joseph Smith and his wife recovered them in England and determined to groom the precocious and intelligent girls for the stage. They taught them to read, write, sing, dance, play piano, and give recitations in several languages. “Soon the twins were making public appearances to great acclaim throughout the country as well as abroad, under Smith’s personal management. Billed variously as the ‘Two-Headed Girl’ and the ‘Two-Headed Nightingale,’ the duo known as Millie-Christine presented acts that included musical performances and declamations of verse that they had written themselves” (ANB). The Civil War brought these performances to a halt, but after the war the McKoys continued to live with the Smiths, and for years Joseph Smith Jr. managed them.

In the late 1860s the girls, still in their teens, toured America with Chang and Eng Bunker, the famed Siamese twins. Chang and Eng, slaveholders in North Carolina, had come out of retirement in an attempt to recoup losses resulting from the war. In 1871 the sisters embarked on a seven-year tour of Europe, becoming an international sensation. The women then toured America for years, securing financial independence for themselves and their families.

This splendid mammoth portrait was made between 1868 and 1871 by W. L. Germon, a leading Philadelphia portrait photographer from 1846 until his death in 1877. Germon made several portraits of Millie-Christine at this sitting, publishing some as 2 1⁄4 x 3 1⁄2 in. cartes-de-visite. A related pose in CDV form appears in Joanne Martell’s Millie-Christine (2000), page 152. Germon also made portraits of Chang and Eng around the same time. The McKoy sisters sold their CDV and cabinet photographs in conjunction with their performances, but portraits of this size are virtually unheard of. We have not located another large-format portrait of the sisters.

Large-format portraits of the famous sisters are of the greatest rarity. Their amazing story brings together many strands of American history and culture including slavery, the Civil War, race, gender, crime, entertainment, and business.

Provenance: inscription on verso stating “Presented by Hon. John A. Ackley 1920” and mistakenly attributing the portrait to J. W. Hurn of Philadelphia. Ackley (1854- 1933) was a prominent auctioneer and New Jersey state legislator.