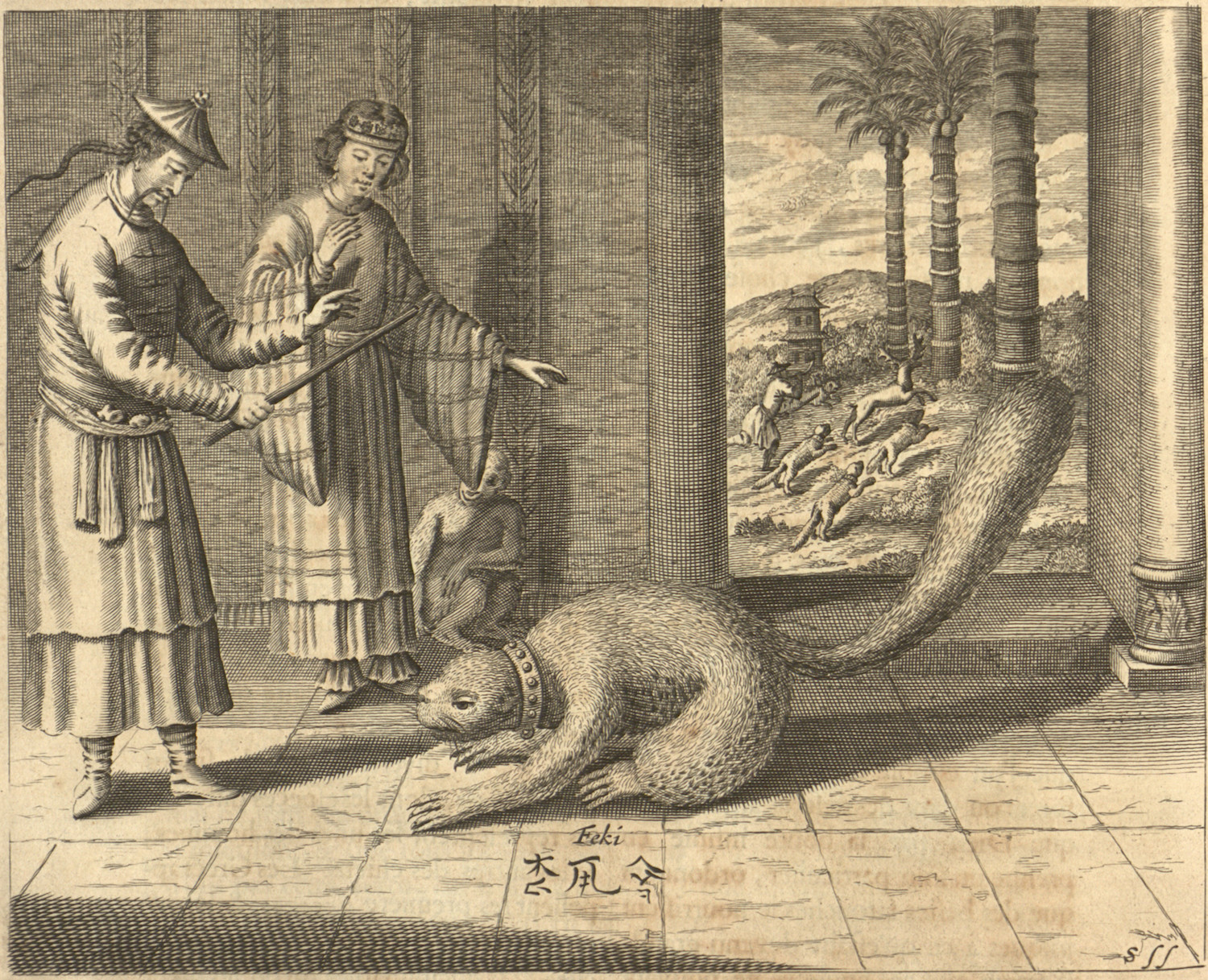 The Wonders of China

FIRST EDITION. One of the grandest and most important works on China up to its time, Kircher’s China Illustrata (China, Illustrated Through Its Monuments, Both Sacred and Profane) inaugurated the late 17th-century age of European fascination with China. This first edition is in Latin; the book was quickly reissued in Dutch, English, and French. Kircher’s wide-ranging and magnificently illustrated work covers Chinese language, history, religion, government, architecture, mechanical marvels, and natural wonders.

The work brought to the attention of large numbers of Westerners the wonders and curiosities of the Far East including foot binding, Confucianism, the Great Wall, lacquer, bird’s nest soup, and tea. One of the most distinguished German scholars of the 17th century, Kircher (1601-1680) is sometimes called “the last Renaissance man.” He made wide-ranging contributions in oriental studies, geology, and medicine. He attempted to collect and catalogue the world’s knowledge, employing a vast network of correspondents to gather information.

“In 1667 the learned German Jesuit, Athanasius Kircher (1601-80) published his China illustrata at Amsterdam. Gathering his material from other members of the Society [of Jesuits], Kircher wrote one of the century’s most influential treatises on China. His primary purpose was to establish the authenticity of the Nestorian monument discovered in Sian, and to that end he produced in print the original Chinese and Syriac inscriptions on the monument, the Chinese text in Romanization, and finally a Latin translation and his explication of the Chinese and Syriac texts. In addition, Kircher included a sizable description of China and other places in Asia. For example, in a section devoted to the various routes to China and the history of Christianity in China, he sketched all the old overland routes, including that of Johann Grueber and Albert d’Orville from Agra to Peking, as well as giving a description of Tibet … Following what he thought to be the spread of idolatry from the Near East to Persia, India, and finally to East Asia, Kircher described the religions of China, Japan, and India … There are several chapters on government, customs, geography, fauna, flora, and mechanical arts of China, and a very interesting scholarly discussion of the Chinese language, which indicates that Kircher had made considerable progress in it” (Lach, Asia in the Making of Europe, III).

This book represents a milestone in the study of Chinese language. Kircher learned from missionary Michael Boym of the now-famous Nestorian inscription at His-an fu, which showed that Christian missionaries reached China in A.D. 781. The transcription and transliteration of the His-an fu inscription, printed here for the first time, make up “the first Chinese vocabulary ever printed in the West . . . the standard text for the study of Chinese until the nineteenth century” (Merrill).

This is a very handsome, fresh copy in an early unrestored binding.