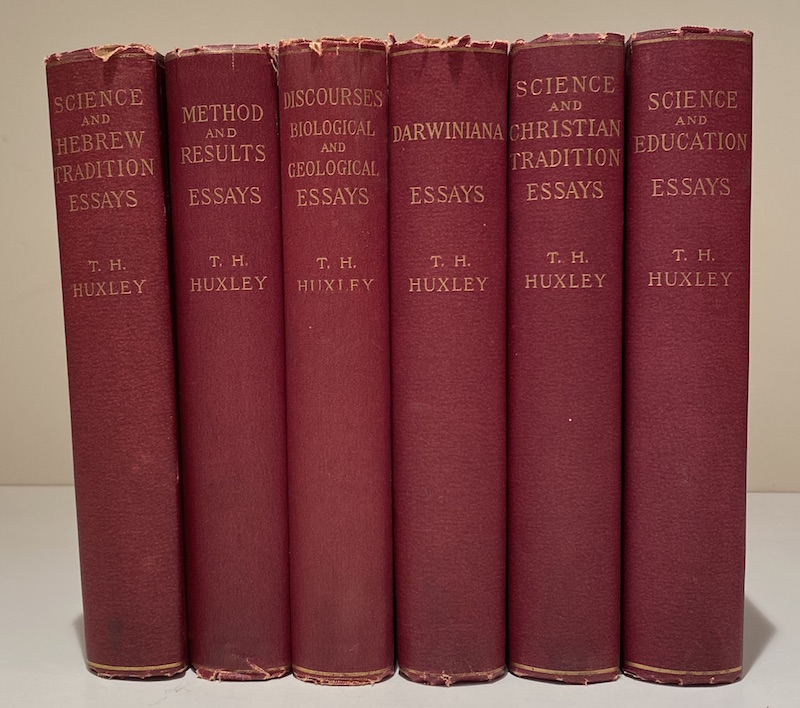 The debate over Darwinism

DARWINISM. Collection of books from the debates over Darwinism

This is an excellent collection of books concerning the controversies surrounding Darwin’s ideas in the nineteenth century. The collection comprises:

2.    Laing, Sidney Herbert. Darwinism Refuted. London, 1871. An attack on Darwinism as it applies to man.

3.    Hodge, Charles. What is Darwinism? London, 1874. Hodge opposes Darwinism on theological grounds as it does not allow for a Creator’s design and thus is “tantamount to atheism.”

7.    Huxley, Thomas H. Darwiniana. New York 1893. It was Huxley who coined the term “Darwinism” in 1860. This volume collects many of his most improtant writings on the subject.

Priced well to account for possible duplication in institutional collections.