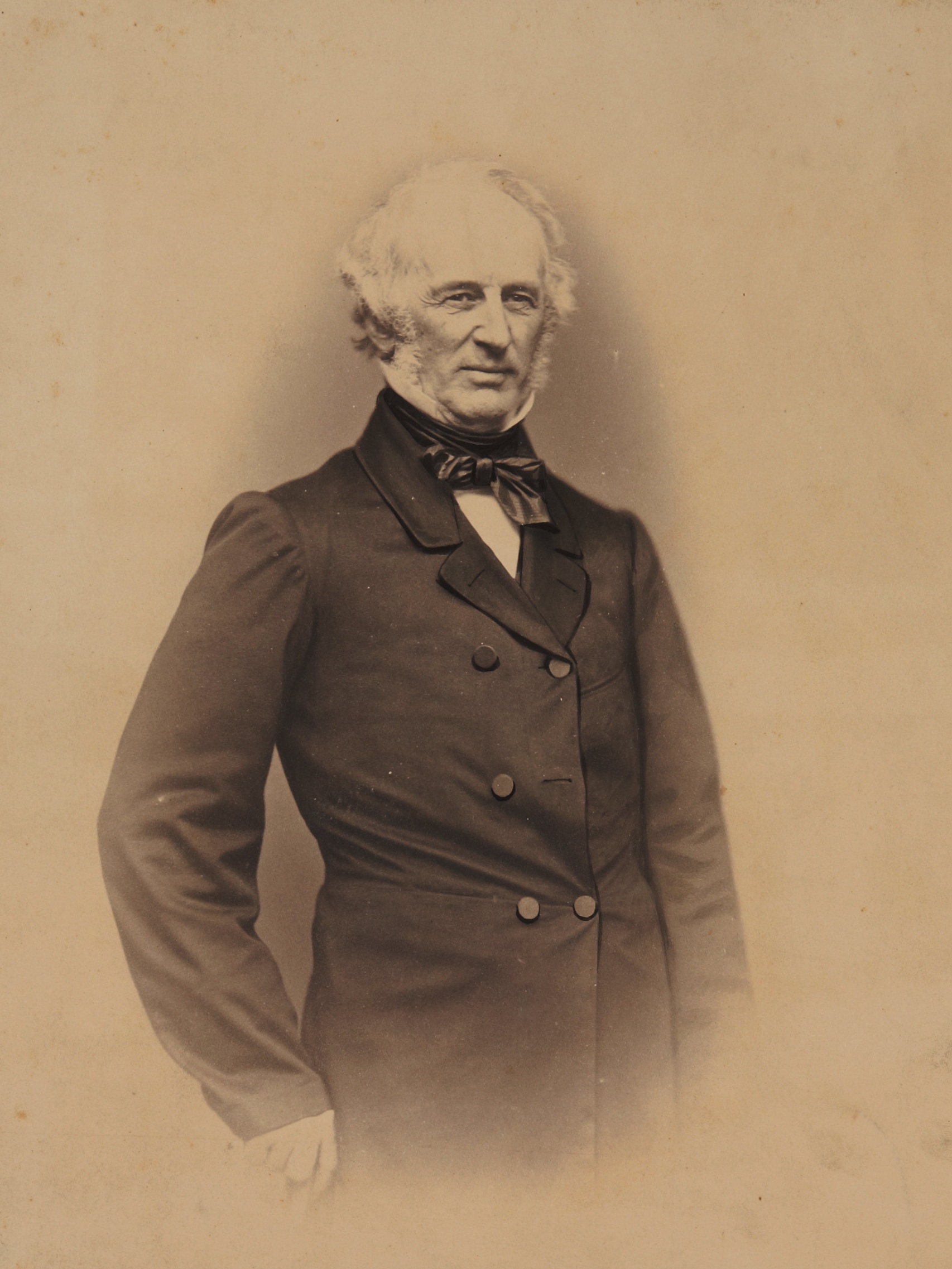 Founder of the Vanderbilt business dynasty, Cornelius Vanderbilt made his fortune first in steamships and shipping and then in railroads. His career spanned the birth of the steamship and the development of the great American railroad networks. He was “the oldest and perhaps the greatest of the nineteenth-century railroad barons” (ANB). Grand Central Station and Vanderbilt University stand as testaments to his influence and wealth.

Vanderbilt was the second wealthiest person in American history, behind John D. Rockefeller, according to Klepper and Gunther, The Wealthy 100. His wealth, as a share of United States GDP, extrapolates to $143 billion in 2007 dollars.

This photograph is probably by Mathew Brady Studio. The size of the sheet is identical to Brady’s Imperial portraits, and it is likely that Brady used a slightly smaller portrait on this large sheet in order to make it consonant with the rest of his run of Imperial portraits of great Americans. “Early on, Brady set himself the task of photographing the nation’s leading figures: presidents and military men, business leaders and stars of the stage, writers and artists. Each photograph of a man or woman of mark, displayed in the studio’s reception room, attracted new clients and bore witness to the skill, art, and social standing of ‘Brady of Broadway’ as much as it did to the taste and station of the sitter” (Metropolitan Museum of Art).