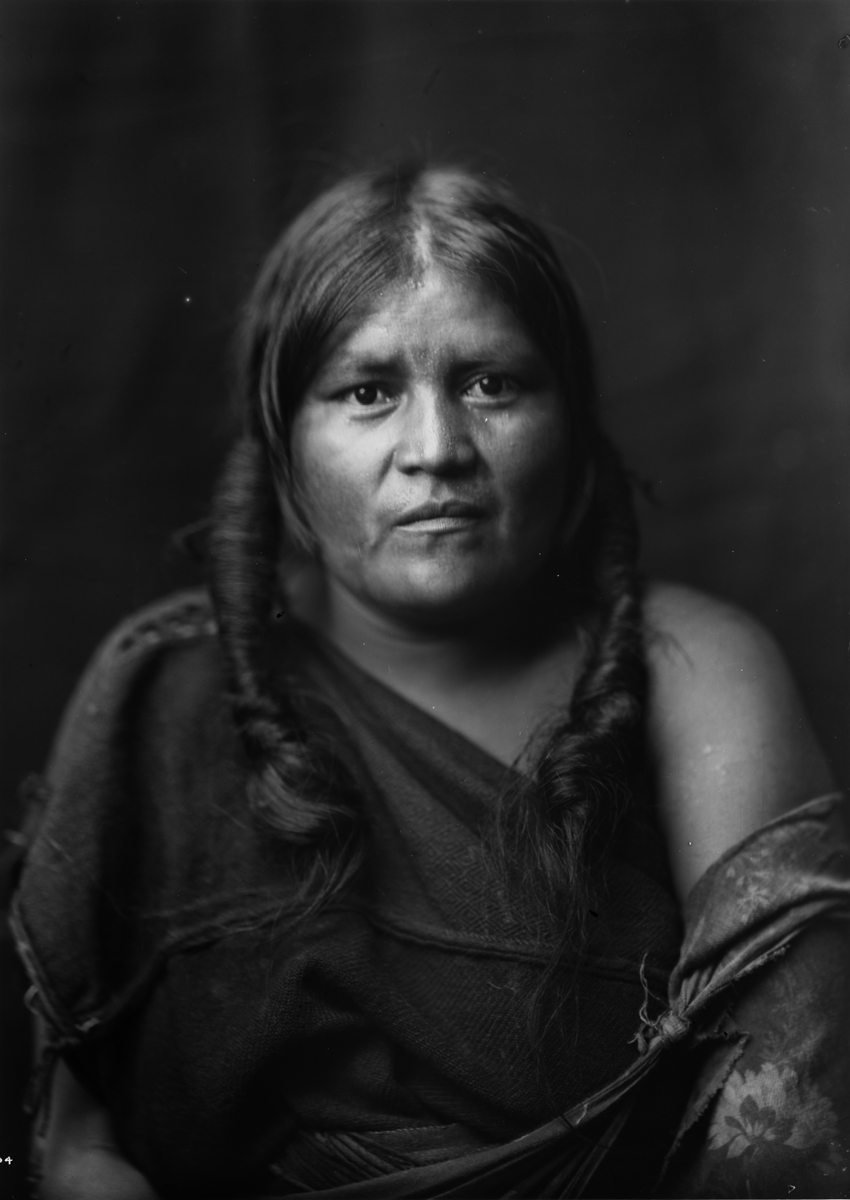 “Take a good look. We’re not going to see this kind of thing much longer. It already belongs to the past.” – George Bird Grinnell to Edward Curtis

This portrait, titled Hopi Woman, was published as a photogravure in The North American Indian, volume 12, plate 411.,

“From the time of the Conquistadores the Hopi have been commonly known as Moqui, an alien term of opprobrium originating probably in Zuni Amu-kwe … The Hopi heartily dislike the designation, which, they believe, originated in the error of the first Spanish visitors, when they mistook the Hopi word moki, dead, for the tribal name.”
— Edward Curtis

This is a splendid original glass plate made for Curtis’s The North American Indian, the greatest photographic work on Native Americans. Edward Curtis was one of the most important American artists of the nineteenth century and the most celebrated photographer of North American Indians. Over the course of thirty-five years, Curtis took tens of thousands of photographs of Indians from more than eighty tribes. “Never before have we seen the Indians of North America so close to the origins of their humanity, their sense of themselves in the world, their innate dignity and self-possession” (N. Scott Momaday). Curtis’s photographs are “an absolutely unmatched masterpiece of visual anthropology, and one of the most thorough, extensive and profound photograph works of all time” (A. D. Coleman).

Curtis printed 2200 of his images as photogravures in his magisterial The North American Indian, which was hailed as “the most gigantic undertaking in the making of books since the King James Bible” (New York Herald). These photogravures were printed from large- format photographic glass plates, the vast majority of which were subsequently destroyed.

The present stunning example is one of the very few glass plate photographs that have survived. The image contains a wealth of detail that was lost in the photogravure process, and when shown in the accompanying lightbox, it is a dazzling photographic masterpiece.

This is an exceptional opportunity to acquire one of the greatest monuments of photography in one of its rarest and most beautiful forms.