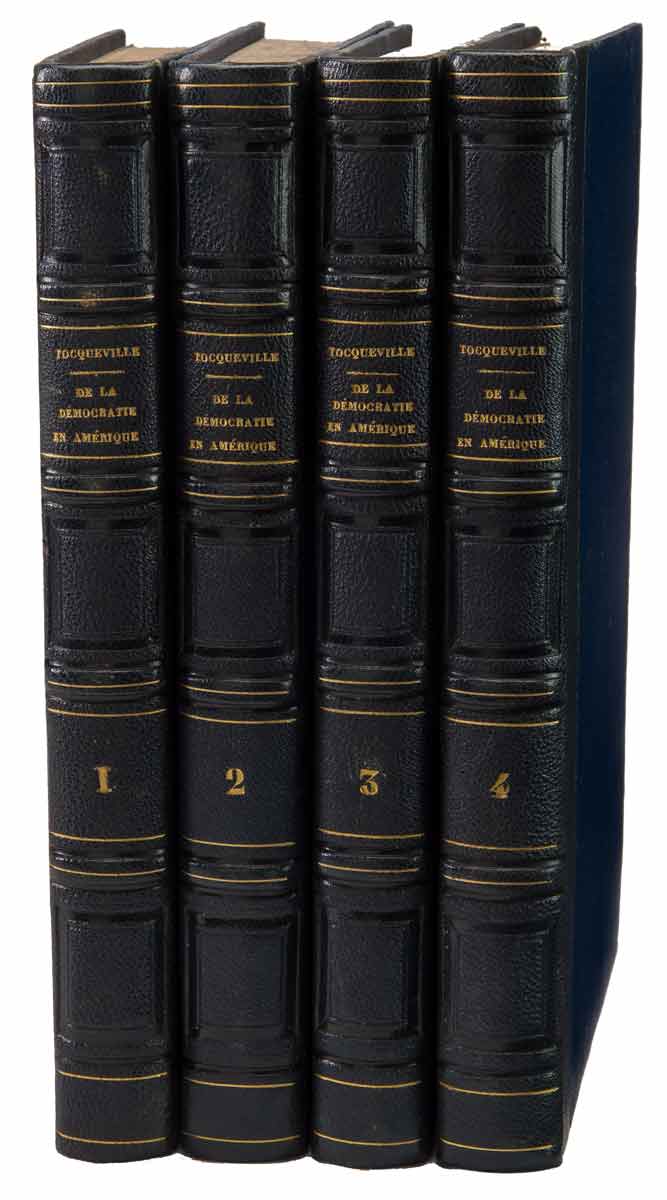 Four volumes. Near contemporary quarter blue morocco. Folding map after Tocqueville by Bernard. Some browning and foxing. An excellent set.

The most influential commentary on America in the nineteenth century, Democracy in America was based on Tocqueville’s travels in the United States in 1831 and 1832. Tocqueville came to America to study the American prison system on behalf of the French government. After completing his official duties in the east, he toured the West and the South, visiting Ohio, Kentucky, Tennessee, Louisiana, Alabama, the Carolinas, Virginia, and Washington, D. C. The book resulting from these investigations is generally considered the 19th century’s most insightful commentary on the development of our unique American culture and political system.

Tocqueville declared, “Democratic nations care but little for what has been, but they are haunted by visions of what will be; in this direction their unbounded imagination grows and dilates beyond all measure … Democracy, which shuts the past against the poet, opens the future before him.”

Fewer than 500 copies of the first part were published. The second part (1840) was issued concurrently with the eighth edition of the first part, helping to explain why quality matched sets are so difficult to obtain today. The book was an immediate success, and more than fifty editions were published in French and English in the nineteenth century. For nearly two centuries it has provoked endless discussion and been an inspiration for countless commentaries on American democracy.

Finely bound matched sets of the first edition are difficult to locate.