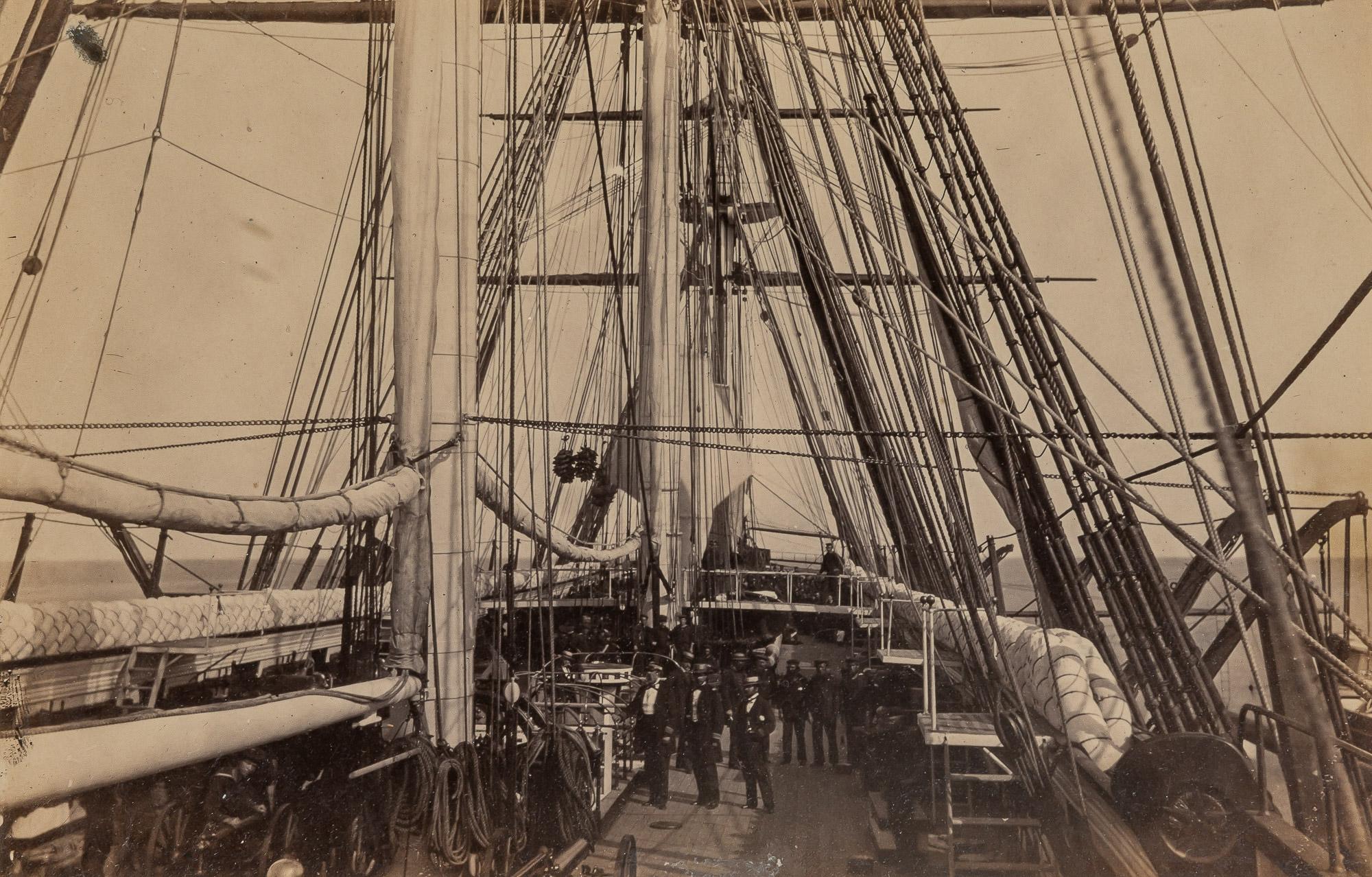 on board a U.S. Navy frigate off Port Royal

USS Wabash was a steam screw frigate serving in the blockade of Charleston when this photograph was made. The ship also participated in shore bombardments and in engagements at sea. The Merrimack-class ship was one of the seven first-class steam frigates to see action during the war.

At this time it was the flagship of Flag Officer Samuel Francis du Pont, the commander of the South Atlantic Blockading Squadron. Admiral George Dewey, a midshipman on the Wabash on its 1858 Mediterranean tour, recalled, “The Wabash was quite the finest ship of the foreign fleet and also the largest.”

A Northern photographer in the Deep South. Henry P. Moore, a photographer from Goffstown, New Hampshire, Moore made several photographs aboard the Wabash. He also photographed the 3rd New Hampshire Regiment during their occupation of Hilton Head, South Carolina, in 1862 and 1863. A contemporary called Moore’s images “the most remarkable collection of views I have seen in a long time” (Getty Museum).