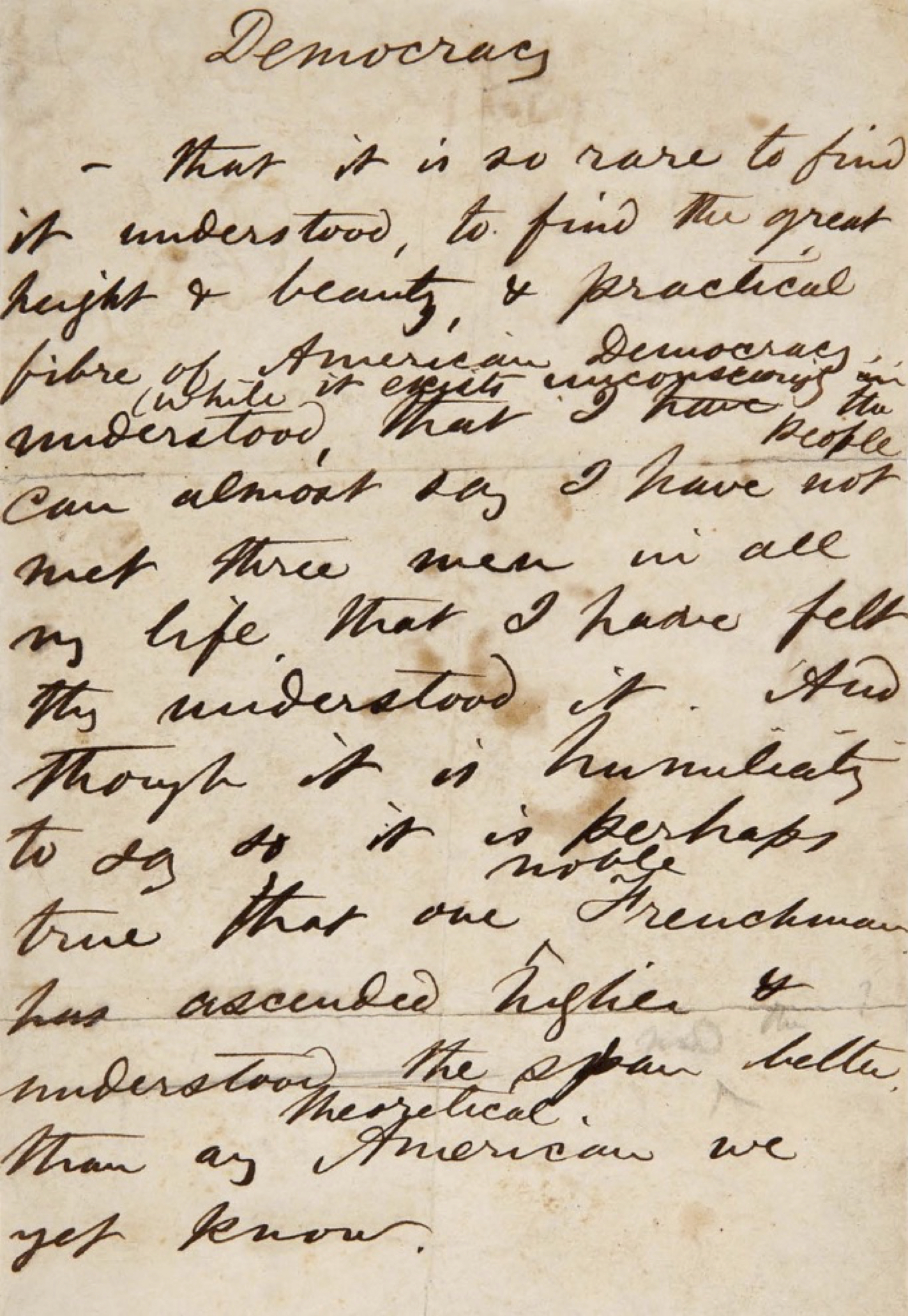 Whitman on Democracy in America

One page. 8vo. Minor repairs on verso, some stains. Corrections in ink and pencil in Whitman’s hand.  Half morocco case.

Walt Whitman on “the great height & beauty & practical fibre of American Democracy.” Whitman likely wrote this unpublished manuscript during the composition of his Democratic Vistas (1871). He writes:

“Democracy – that it is so rare to find it understood, to find it understood, to find the great height & beauty & practical fibre of American Democracy understood (while it exists unconsciously in the people), that I can almost say that I have not met three men in all my life that I have felt they understood it. And though it is humiliating to say so, it is perhaps true that one noble Frenchman has ascended higher and understood the span and the theoretical better than any American we yet know.”

Whitman refers to “the noble Frenchman” Alexis de Tocqueville, whose Democracy in America (1835-40) is regarded to this day as “at once the best book ever written on democracy and the best book ever written on America.” Tocqueville anticipated the appearance of a Whitman in America when he wrote, “in the end democracy diverts the imagination from all that is external to man, and fixes it on man alone. Democratic nations may amuse themselves for a while with considering the productions of nature; but they are only excited in reality by a survey of themselves. Here, and here alone, the true sources of poetry amongst such nations are to be found.”

This is a wonderful Whitman manuscript on a central theme of his life and writing: democracy in America.