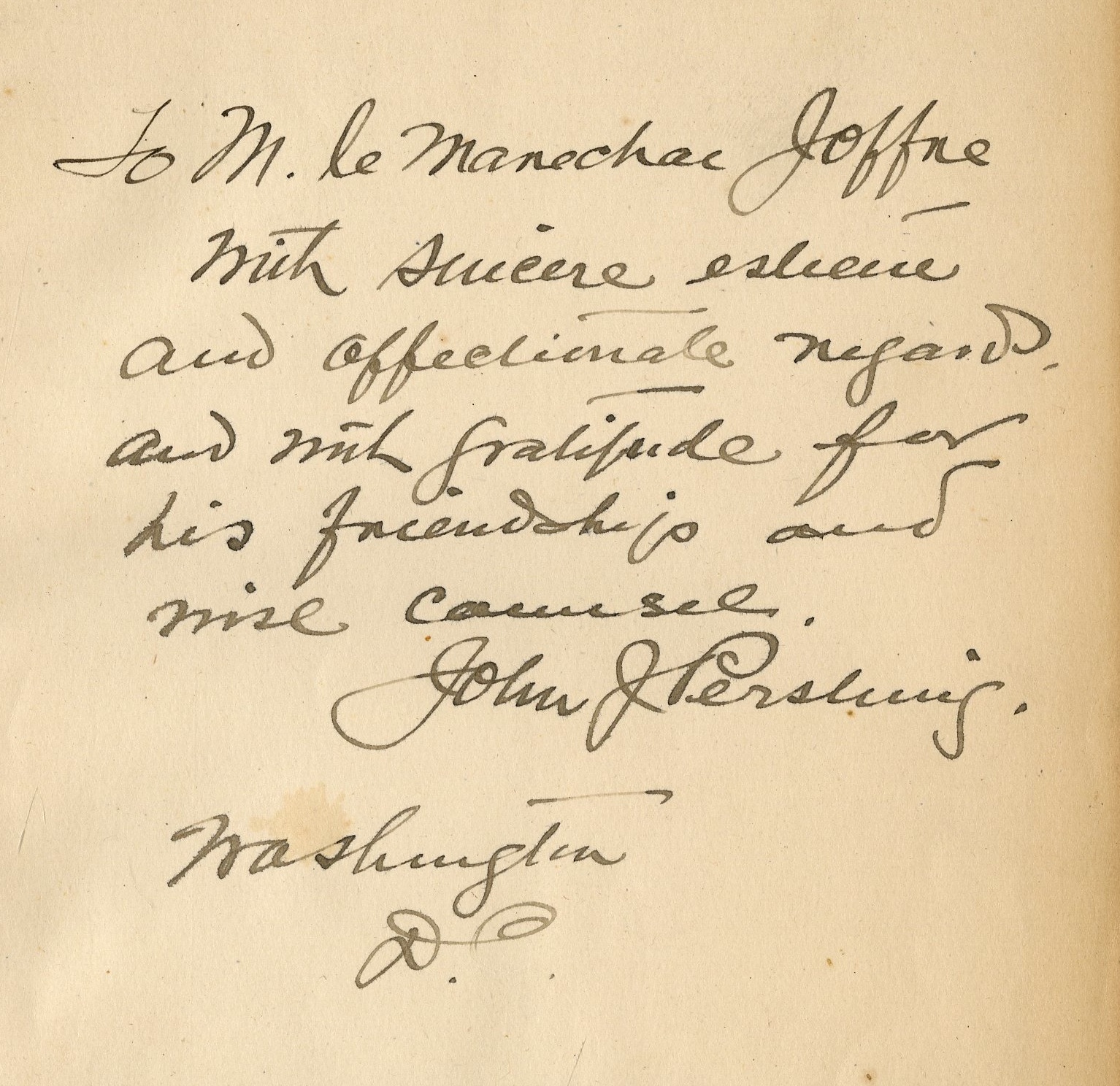 Pershing, who led the American forces in World War I, presented this book to his counterpart in the French military. Joseph Joffre was commander-in-chief of the French forces on the Western Front from the start of World War I until the end of 1916. He is most famous for regrouping the retreating allied armies to defeat the Germans at the strategically decisive Battle of the Marne in September 1914. In late 1916 he was promoted to Marshal of France and moved to an advisory role.

In April 1917 Joffre led the French mission to the United States to secure America’s entry into the war. He recommended that the Americans lead their own force in the conflict, as Pershing insisted, rather than being integrated into the existing commands. On the final day of the mission he met with Pershing, just named commander of the American Expeditionary Force, telling him that Pershing “can always count on me for anything in my power.” Joffre became head of the Supreme War Council in 1918, coordinating the Allied war effort from Versailles.

This is Pershing’s Final Report to Secretary of War Newton Baker, presenting his summary account of the events of the Great War. The work is lavishly illustrated with graphics and maps describing military action and maneuvers, organizational structures, and orders of battle.

This classic work, inscribed by Pershing to Joffre, is a pinnacle book in American military history. A better World War One association copy can scarcely be imagined.

Provenance: presentation inscription from Pershing to Joffre, with Joffre’s bookplate.