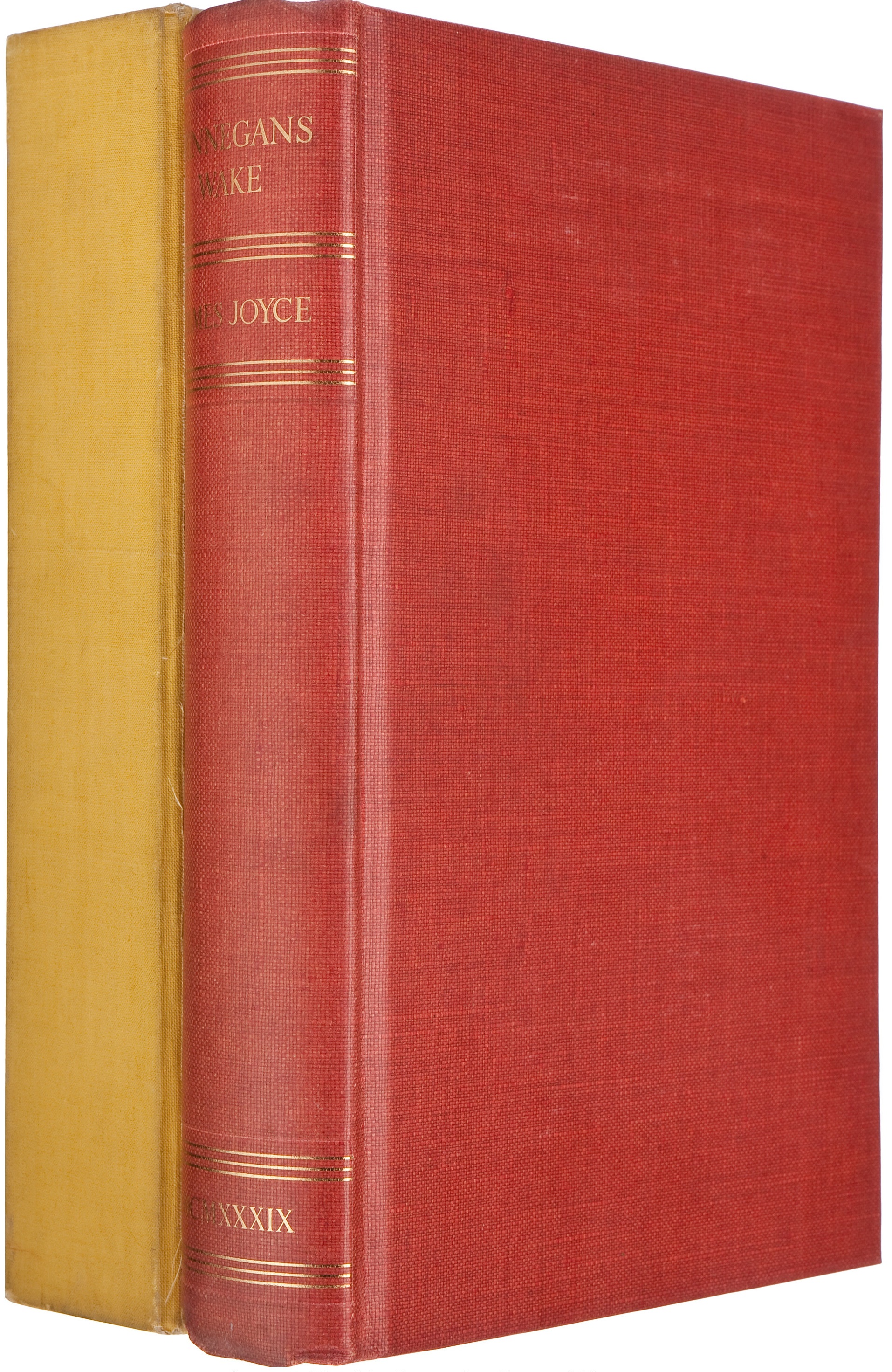 FIRST EDITION, the deluxe issue, one of only 425 numbered copies signed by James Joyce. The notoriously difficult Finnegans Wake is probably the most ambitious work of literature of the twentieth century.  The writing of Finnegans Wake occupied Joyce’s life from 1922, the year of the publication of Ulysses, until 1939, two years before the author’s death.

Some critics consider Finnegans Wake to be “Joyce’s masterpiece . . . If aesthetic merit were ever again to center the canon, Finnegans Wake would be as close as our chaos could come to the heights of Shakespeare or Dante” (Harold Bloom, The Western Canon).  Anthony Burgess called Finnegans Wake “a great comic vision, one of the few books of the world that can make us laugh aloud on nearly every page.”

“Joyce insisted that each word, each sentence had several meanings and that the ‘ideal lecteur’ should devote his lifetime to it, like the Koran” (Connolly). “Purely in terms of literary technique, Finnegans Wake is probably the most astonishing – and controversial – book ever written. Completed in 1939 after seventeen years of labor, it was received with a mix of reactions ranging from bafflement to delight to open hostility. … And yet today, whole careers have been devoted to studying Finnegans Wake, and its many adherents past and present approach it with something close to awe” (Joseph Campbell).

Connolly, The Modern Movement 81. Burgess, Best Novels in English Since 1939 25.