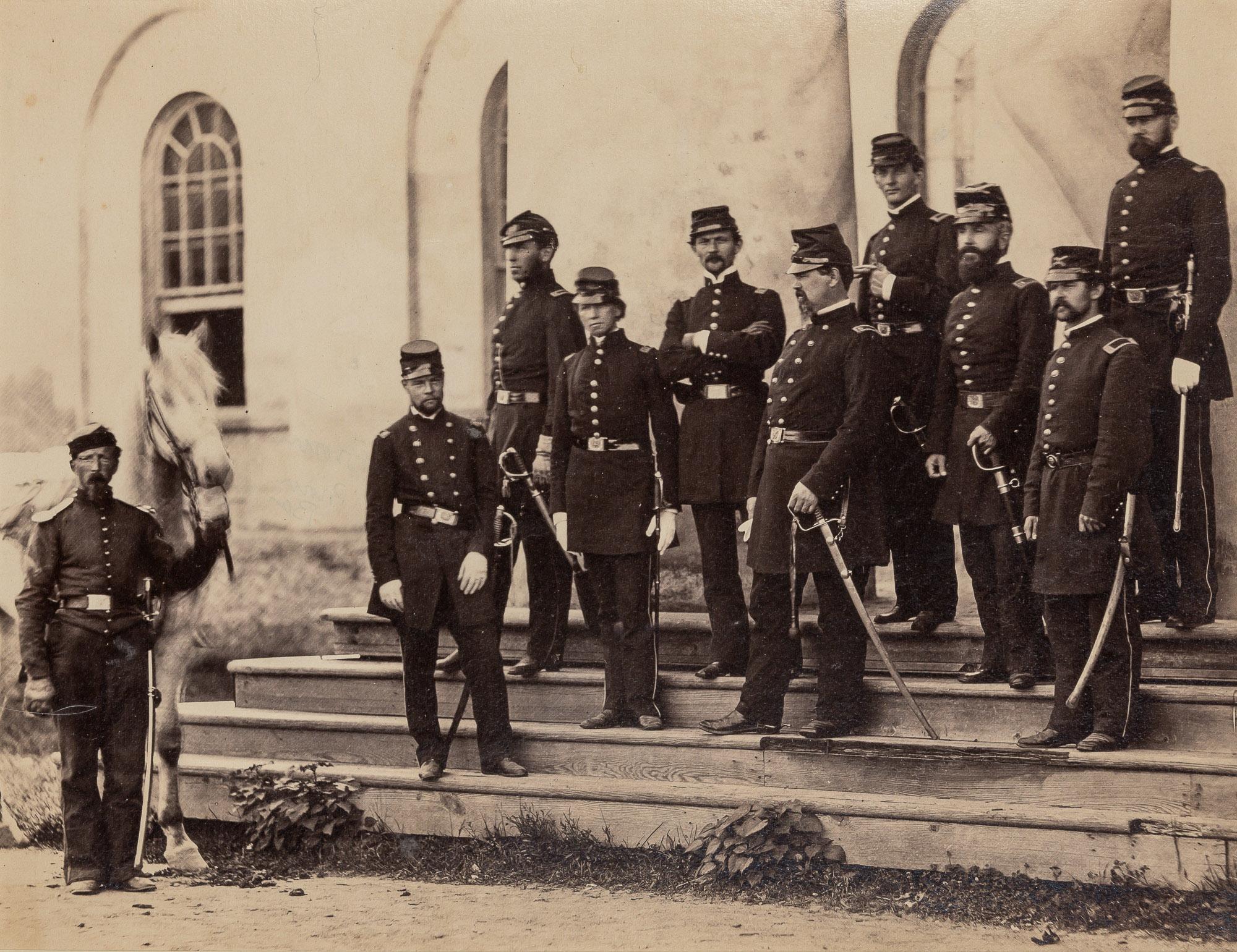 On April 17, 1861, the Virginia secession convention voted to secede from the Union. Robert E. Lee resigned from the U.S. Army, and three days later he left for Richmond. He would never to return to his home, Arlington House, just outside of Washington D.C. His wife Mary Custis Lee followed several weeks later. When a statewide referendum approved secession on May 23, 1861, Union forces seized key sites around Washington, including the commanding position occupied by Arlington House.

Gen. Irvin McDowell is shown here with his staff on the steps of Lee’s home, Arlington House. McDowell had been given command of the Army of Northeastern Virginia at the war’s outset. He assured Mrs. Lee that the house would not be occupied, but the grounds would be utterly transformed in the construction of defenses, and souvenir hunters soon removed property from the mansion. McDowell would lead the Union forces at the First Battle of Bull Run that July in the war’s first major battle.