HOME  >  Browse  >  Rare Books  >  Landmark Books  >  History of the Expedition under the command of Captains Lewis and Clark, to the sources of the Missouri, thence across the Rocky Mountains and down the River Columbia to the Pacific Ocean, performed during the years 1804-5-6 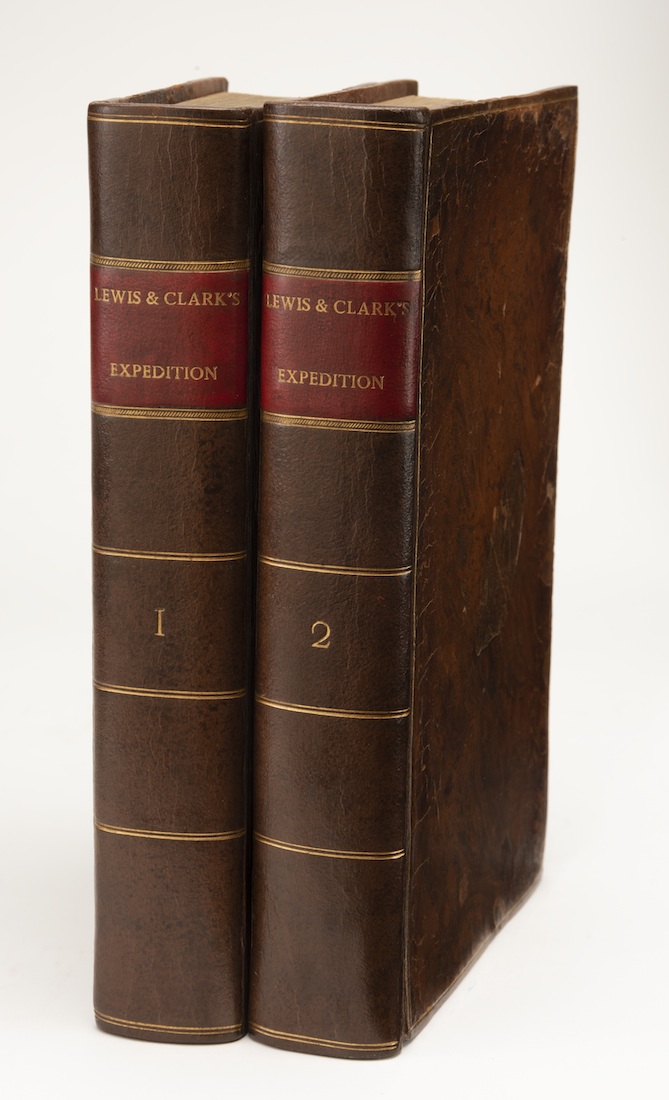 The Lewis and Clark Expedition

LEWIS, MERIWETHER & WILLIAM CLARK. History of the Expedition under the command of Captains Lewis and Clark, to the sources of the Missouri, thence across the Rocky Mountains and down the River Columbia to the Pacific Ocean, performed during the years 1804-5-6

FIRST EDITION of “the definitive account of the most important exploration of the North American continent” (Wagner-Camp-Becker).

This is “the most important of all overland narratives. . . . American explorers had for the first time spanned the continental United States and driven the first wedge in the settlement of our new far western frontier” (Grolier 100 American Books). Only 1417 copies were printed.

This copy has an excellent example of the important folding map, which was available at a premium and thus was not issued with all copies. Engraved from Clark’s manuscript, this map showing the 8000-mile trek is one of the greatest landmarks American cartographic history. “More accurate than any previous western map, it rapidly became the source for a new generation of western maps” (Schwartz and Ehrenberg, The Mapping of America, p. 227).

Thomas Jefferson had begun the planning of a western expedition even before his inauguration. Early in 1801 he appointed Meriwether Lewis as his secretary, in part, as he wrote the army officer, because of “your knowledge of the Western country.”  Early in 1803 Jefferson proposed the expedition to Congress, and soon thereafter the Louisiana Purchase removed the major obstacles blocking not only the expedition, but also westward expansion.

This book includes the first printing of Thomas Jefferson’s biography of Meriwether Lewis, who had served as Jefferson’s private secretary at the White House. Lewis had been killed (or had killed himself, as Jefferson later thought) under mysterious circumstances in Tennessee in 1809. The expedition took place in 1804-6, but the publication of the official account was delayed until 1814.