HOME  >  Browse  >  Rare Books  >  Landmark Books  >  History of the Indian Tribes of North America. With biographical sketches and anecdotes of the principal chiefs 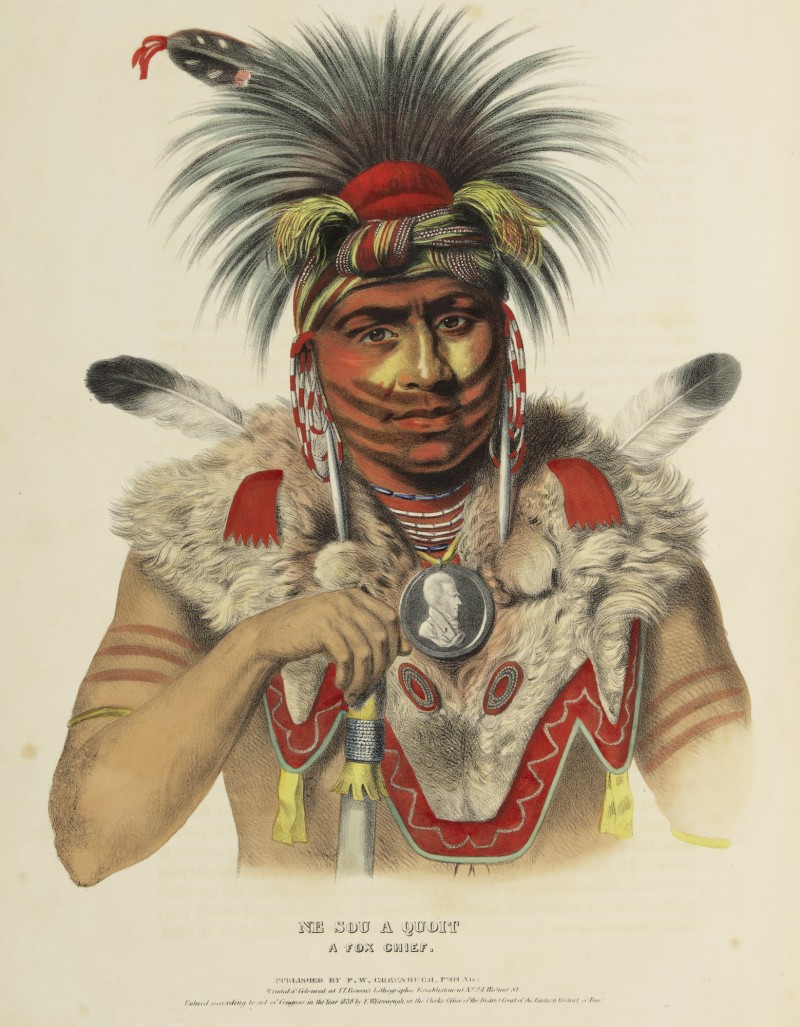 MCKENNEY, THOMAS L. AND JAMES HALL. History of the Indian Tribes of North America. With biographical sketches and anecdotes of the principal chiefs

This is a gorgeous copy of this landmark of American publishing history, “one of the most costly and important ever published on the American Indians” (Field). In 1816 James Madison named Thomas McKenney superintendent of Indian trade, and in 1824 he became the first head of the Bureau of Indian Affairs. For years he worked tirelessly to promote Indian-American relations, championing the cause of the Indians and seeking to preserve a record of their vanishing cultures. His collaborator was Illinois jurist and author James Hall. In 1821 James Monroe invited 17 Indian leaders to Washington, in order to demonstrate the wealth and power of the United States and thereby promote peace.

At McKenney’s order, leading artists including Charles Bird King painted portraits of these men, and over the coming decade they executed scores of portraits of members of more than twenty American Indian tribes visiting Washington on official business. These portraits formed the heart of the government’s National Indian Portrait Gallery, first housed at the War Department and later transferred to the Smithsonian. The Smithsonian fire of 1865 destroyed all but the handful of paintings now at the White House. As a result, these volumes form our only records of the likenesses of many of the most prominent Indian leaders of the century. Sitters include Sequoyah, Red Jacket, Major Ridge, Cornplanter, John Ross, and Osceola.

In 1830 McKenney, having been dismissed by Andrew Jackson, began to plan for the publication of the paintings and a series of biographies, often based on McKenney’s own interviews with the subjects. The magnitude of the project was overwhelming. The work’s great cost and complexity required that it be brought out over time, and several printers and lithographers took part in the project until its completion by Rice and Clark in 1844. Smaller format editions appeared in later years to make the set accessible to a wider audience.

On publication of the first edition, a small number of sets of the text and plates were sent to Charles Gilpin in London, who represented the work as “Agent for Great Britain and Ireland.” Cancel titles, reset and undated, were printed in England with Gilpin’s imprint added. This is the rarest of the folio issues of McKenney and Hall. The title-pages are in the following BAL states: Vol. I state E, Vol. II state C, Vol. III state B.

Over the past 180 years, the folio editions of McKenney and Hall have naturally attracted considerable attention and handling from collectors, lovers of history and ethnology, and print dealers. As a result, most sets have been badly damaged, rebound, and heavily restored, and copies of this work typically evidence heavy reading and thumbing.