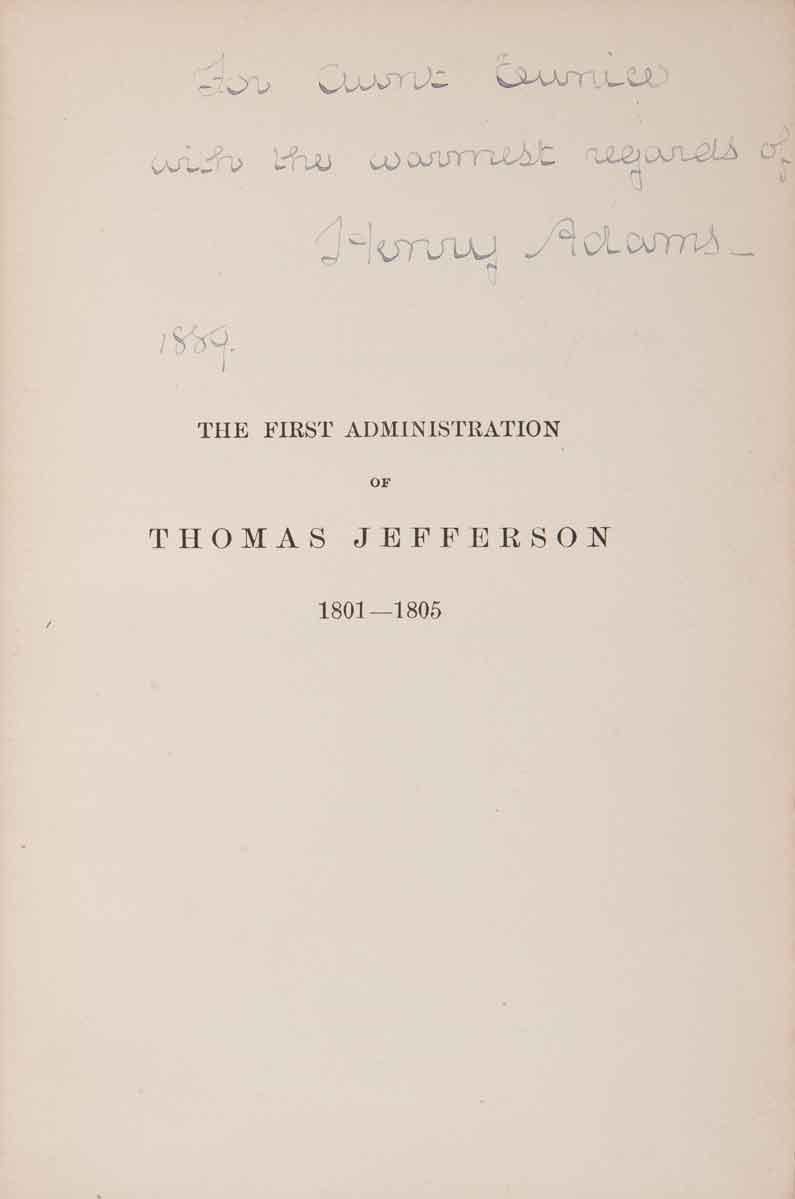 Henry Adams on Thomas Jefferson: A classic of American history

ADAMS, HENRY. History of the United States of America during the first administration of Thomas Jefferson

Adams’s History of the United States is the author’s most important work and the book that made the author’s reputation, along with his autobiographical Education of Henry Adams. The present two-volume history of Jefferson’s first administration is the initial book in the series, which ultimately filled nine volumes.

“By general consent these volumes placed Adams in the first rank among American historians” (DAB). “His analyses of American society and politics and his insightful criticisms of modern Western culture assures his continued relevance and importance. … [He is] one of the country’s greatest literary figures” (ANB).

Very rare:  no presentation copies of Adams’s History of the United States appear in the auction records of the past 75 years.