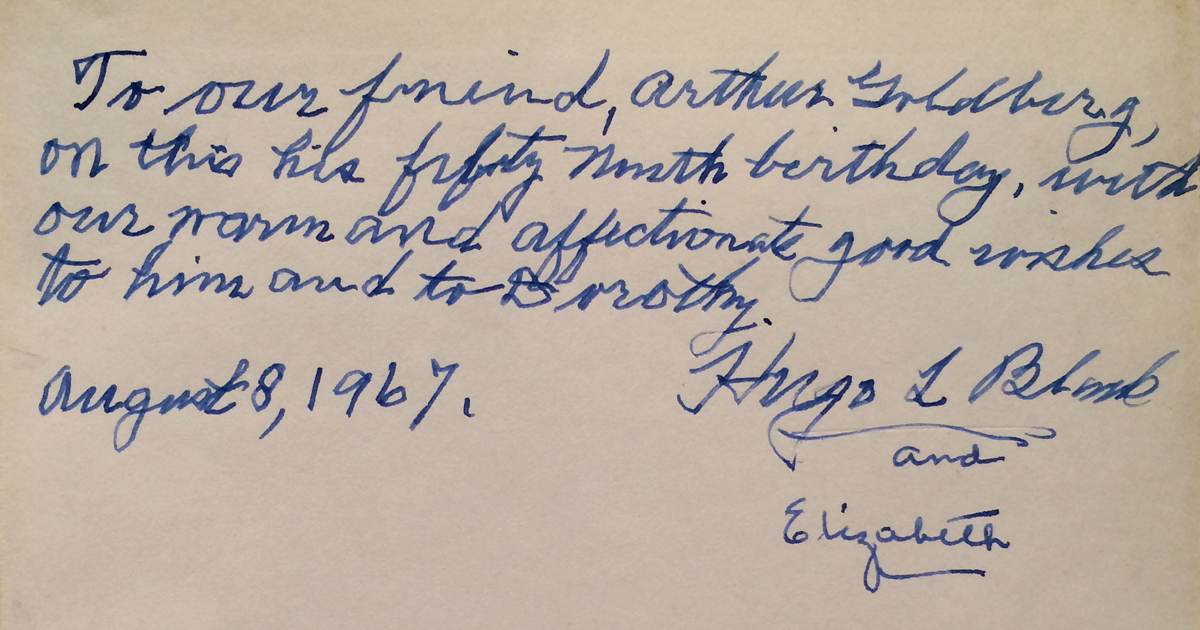 from one Justice to another

FIRST EDITION. Presentation copy inscribed by Black:  “To our friend, Arthur Goldberg, on this his forty ninth birthday, with our warm and affectionate good wishes to him and to Dorothy, Hugo L. Black August 8, 1967” and further signed by his wife Elizabeth.

Black, once a member of the KKK and later one of the greatest defenders of civil liberties, inscribes this volume to fellow Supreme Court Justice Goldberg. Black, Warren, Douglas, Brennan, and Goldberg were key members of the liberal wing of the court in the 1960s.

Kennedy named Arthur Goldberg to the Court in 1962. There he made key contributions in the law of capital punishment and the right to privacy, most notably in his Griswold v. Connecticut opinion. In 1965 Lyndon Johnson persuaded Goldberg to leave the Court to become Ambassador to the United Nations.