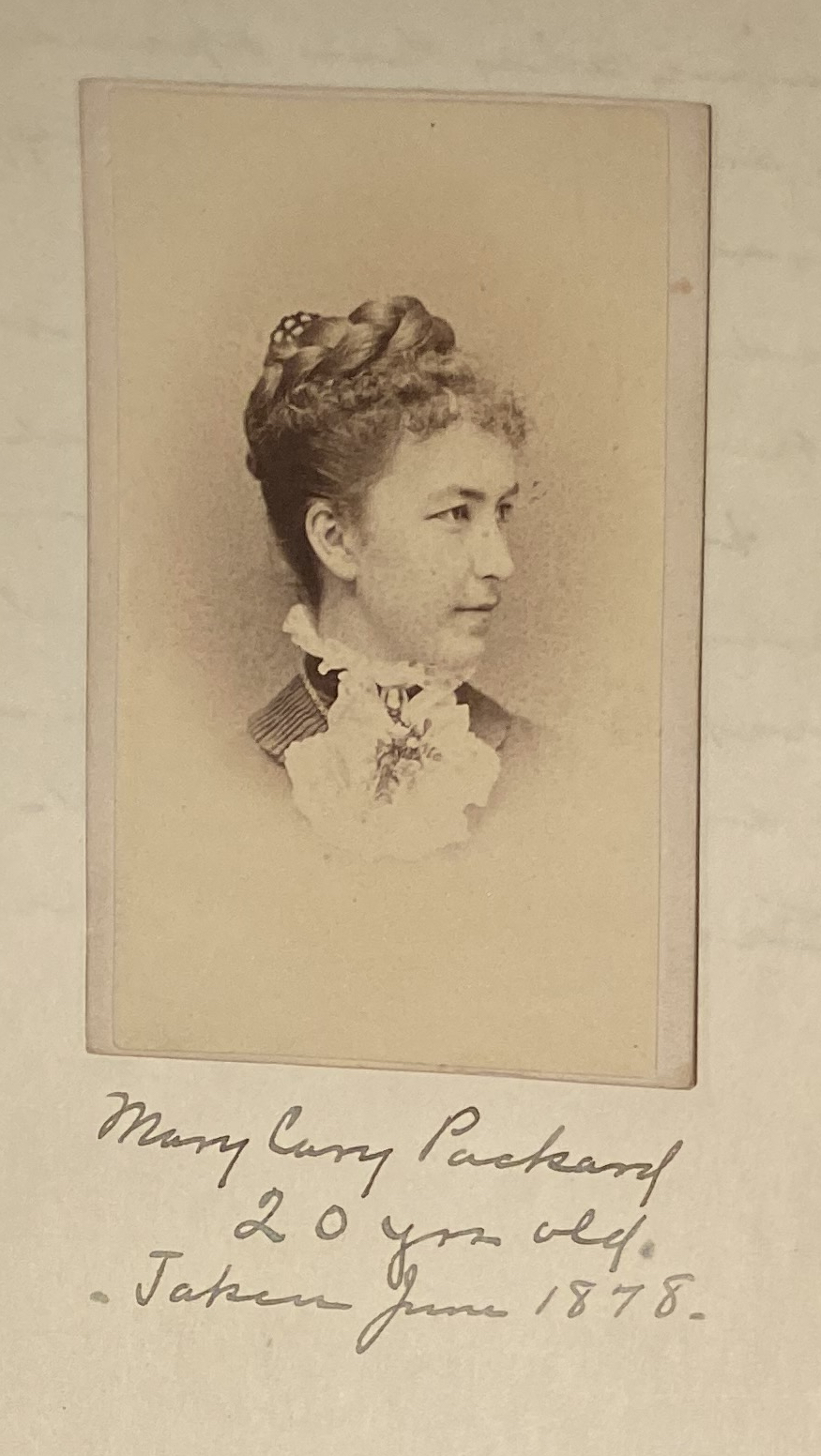 Mary Cary Packard (1858-1936) and Sarah F. Martin (b. 1864) met as nursing students at Massachusetts General Hospital, one of the first nurse training programs in America. Upon graduation the two moved to Baltimore where they were said to be the only two registered trained nurses in the state of Maryland. Packard and Martin were in charge of nursing at the Robert Garrett Hospital for Children for twenty-five years. They spent summers at the Garrett Sanatorium for Children in rural Mt. Airy. The two pioneered public health nursing in the state, and they played central leadership roles in organizing the nursing profession in Maryland.

Both manuscripts are by Sarah F. Martin. The longer of the two is her tribute to her partner Mary Cary Packard. Martin observes in her “In Memoriam” preface that she feels unequal to perform the task, “much as I appreciate and cherish, beyond measure, our companionship for more than a half a century—interested in the same work, sharing the same home, living and surrounding ourselves with the same friends and neighbors.”

The volume is filled with photographs of the two women, their parents, pets, home, professional and associates, and the Garrett Sanatorium in Mount Airy. The wide-ranging ephemera includes an annotated Massachusetts General postcard, Valentine’s cards, a contractor’s quote for the building of their Baltimore home, Packard’s American Nurse’s Association membership card, clipped newspaper announcements and obituaries, and letters of condolence.

The picture that emerges from these papers is of a couple who were devoted to each another, who enjoyed their domestic life together, and who worked tirelessly to promote the profession of nursing.