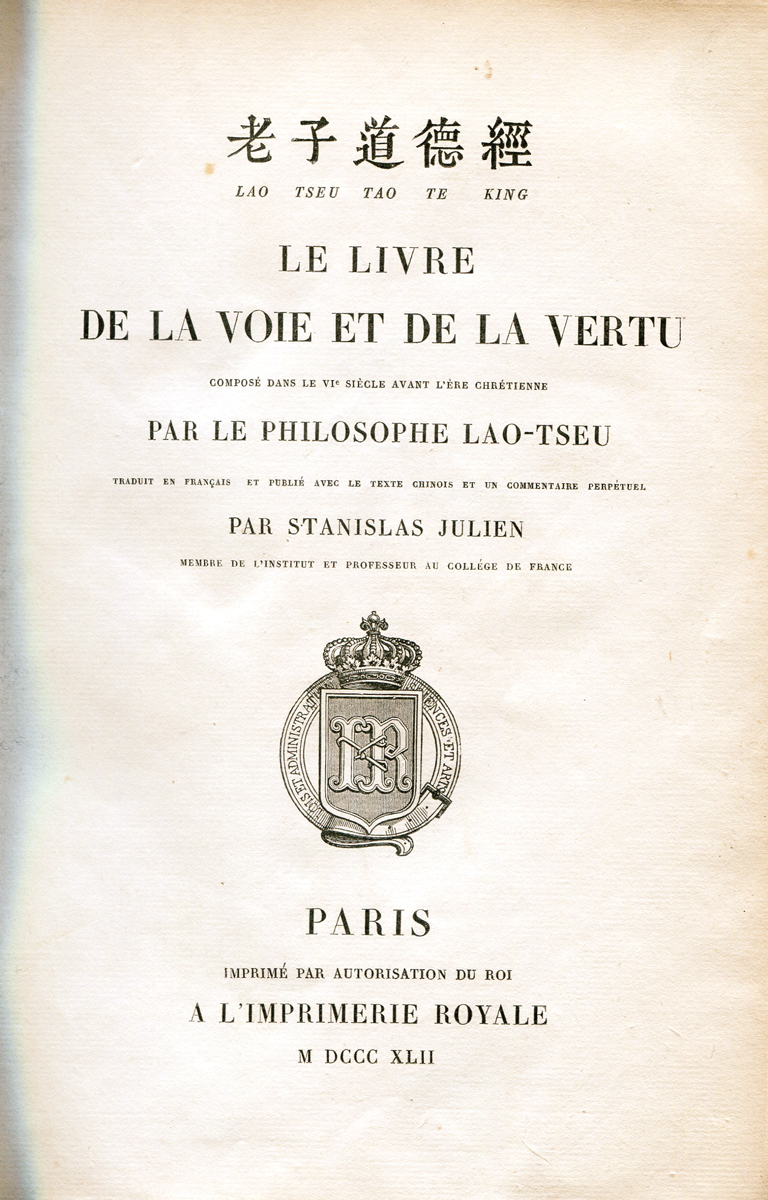 FIRST EDITION of the complete Tao Te Ching to be published in a Western language. The founding work of Taoism, the Tao Te Ching is said to have been written in the 6th century B.C. by Lao-Tzu (“Old Sage”), a contemporary of Confucius. Many scholars doubt the existence of Lao-Tzu as an historical figure and suggest this is a composite work written several centuries later. The book was first a philosophy, but it evolved into a religion when it was adopted officially in 440, when Lao-Tzu was venerated as a deity.

Lao-Tzu’s famously cryptic Tao Te Ching is one of the most widely read books in history. Apart from the Bible, it is likely the most-translated classic ever published.