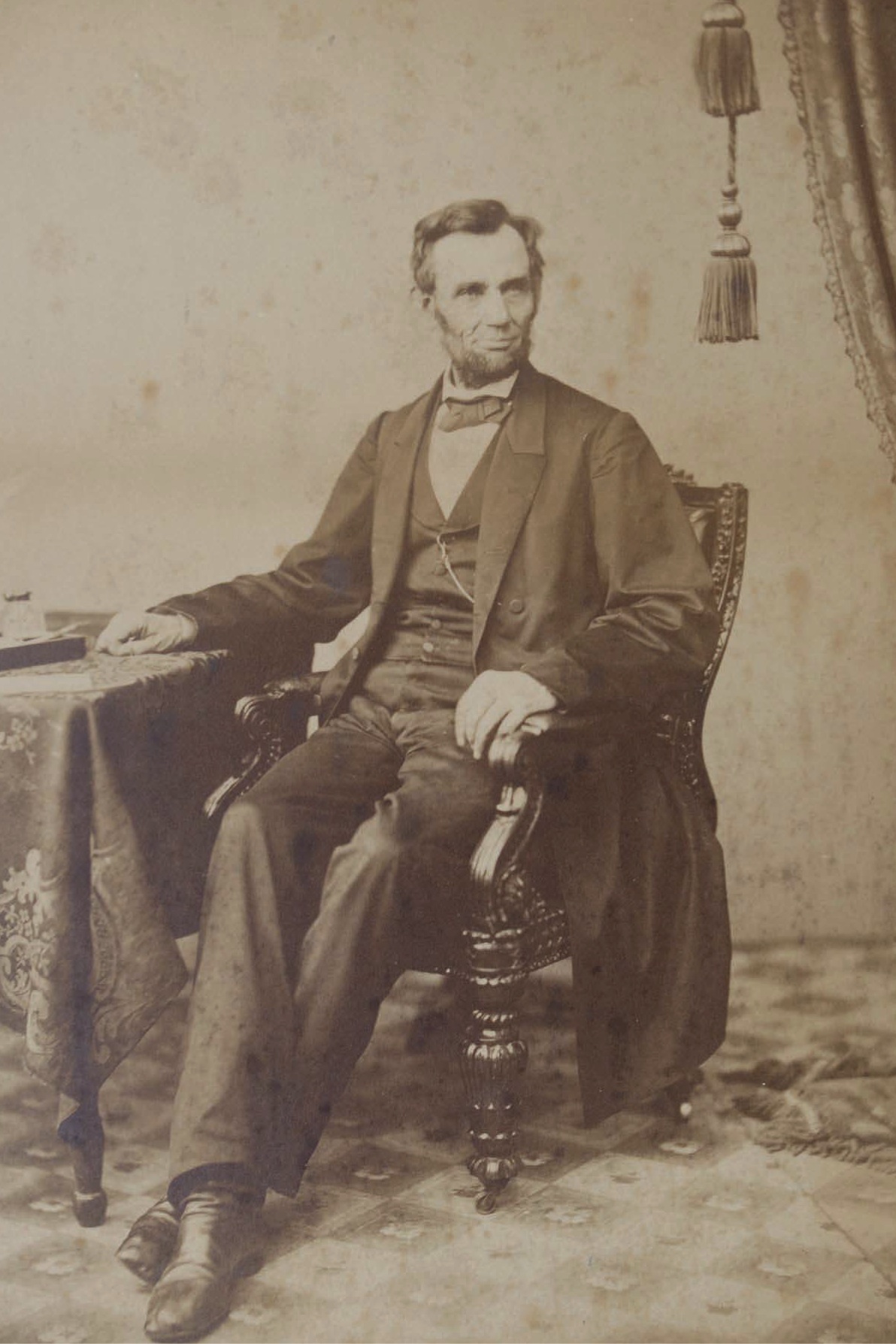 A classic mammoth portrait of Abraham Lincoln, showing the President just days before he delivered the Gettysburg Address.

A giant of American photography, Alexander Gardner is credited with introducing the large-format Imperial portrait to the United States while working as a staff photographer for Mathew Brady. Gardner left Brady’s employ in early 1863, and his studio quickly rivaled Brady’s for the quality and extent of its war and portrait photography. Gardner first photographed Lincoln as president-elect while working for Brady, and he went on to take Lincoln’s portrait more than any other photographer.

Lincoln sat for Gardner on several occasions, usually visiting his studio on Sunday to avoid crowds. Lincoln sat for this splendid large-format portrait on Sunday, November 8, 1863. His private secretaries John Hay and John Nicolay joined him. Hay noted in his diary that “We had a great many pictures taken … some of the Prest. the best I have seen.” Ostendorf notes that this portrait, one of five made that day, “emphasized Lincoln’s long, lanky legs.”

Lincoln delivered the Gettysburg Address on November 19, 1863, just eleven days after this portrait was made. The large-format Gardner portrait is rare and much sought-after. Another example was sold at Sotheby’s on October 5, 2011, lot 43, for $98,500.

Only a handful of copies survive, several of which are trimmed and cropped. We are not aware of any other uncropped example in private hands. This mammoth photograph, in original condition with the Gardner mount and imprint, is a rare and important survival.