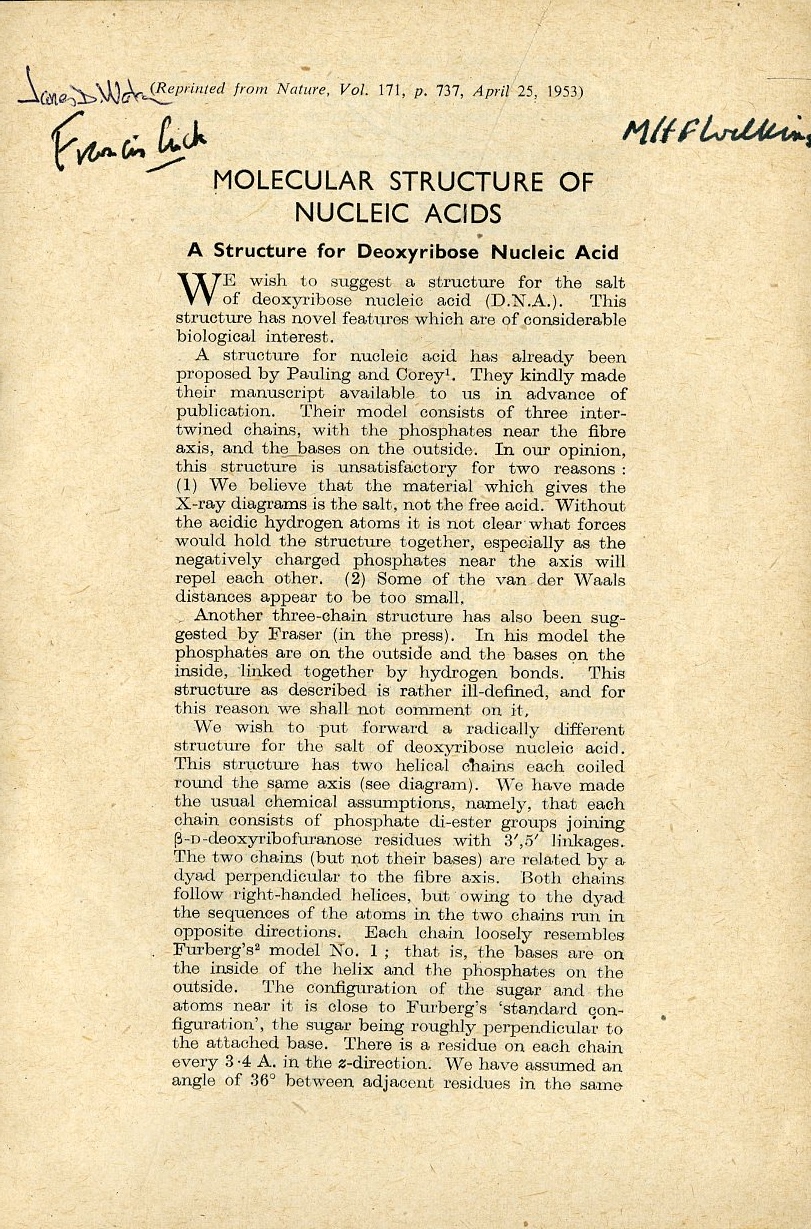 the discovery of the structure of DNA, signed by Watson, Crick, Wilkins, and Gosling

The Watson and Crick paper is accompanied by two important related papers on DNA from the same issue of Nature, one by Wilkins, Stokes and Wilson, the other by Franklin and Gosling (containing the famous x-ray photograph of DNA). The offprint is printed from the same type as the journal printing. The article was set in a single column of monotype. The offprint was printed from that monotype, while the journal printing was made in double columns from stereotype plates taken from the monotype.

This volume is signed by Watson and Crick as well as by Wilkins, co-author of the second paper, and by Gosling, co-author of the third and final paper. It was Gosling who took the celebrated photograph 51 of DNA that led to the discovery of its structure.

Watson and Crick concluded their paper with a classic understatement: “The structure has novel features which are of considerable biological interest. … It has not escaped our notice that the specific pairing we have postulated immediately suggests a possible copying mechanism for the genetic material.”

No scientific discovery has ever had such far-reaching implications for the betterment of mankind. In 1962 Watson, Crick, and Wilkins shared the Nobel Prize for medicine.