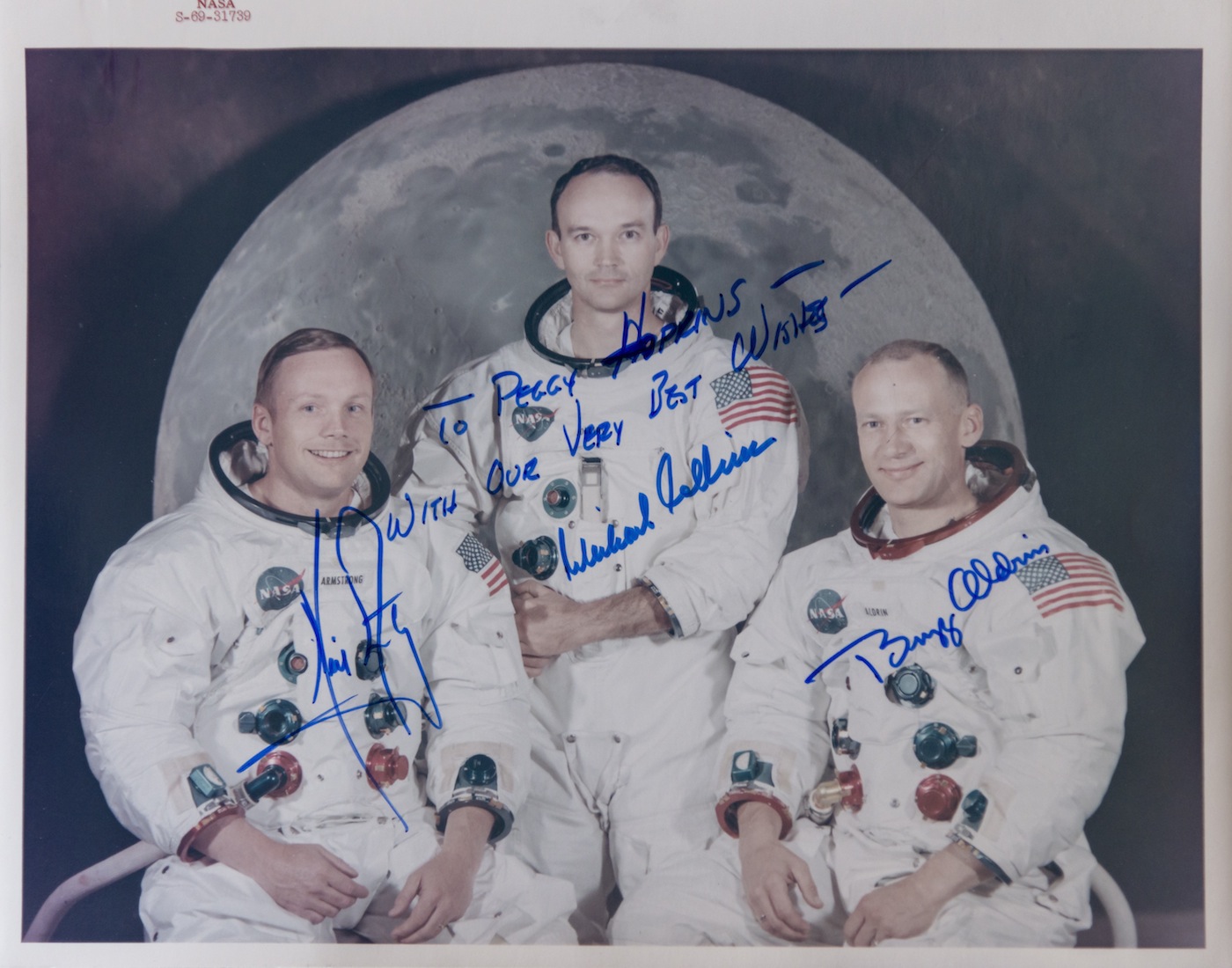 Signed and inscribed by the crew of Apollo 11, the first manned mission to the land on the moon:  Neil Armstrong (commander), Buzz Aldrin (lunar module pilot), and Michael Collins (command module pilot), with an added inscription by Collins. This official NASA photograph shows the three astronauts in their flight gear with a picture of the moon as a backdrop.

The early photographic prints with the red numbers, such as the present example, are much more desirable than the more commonly available lithographic prints of the same portrait.