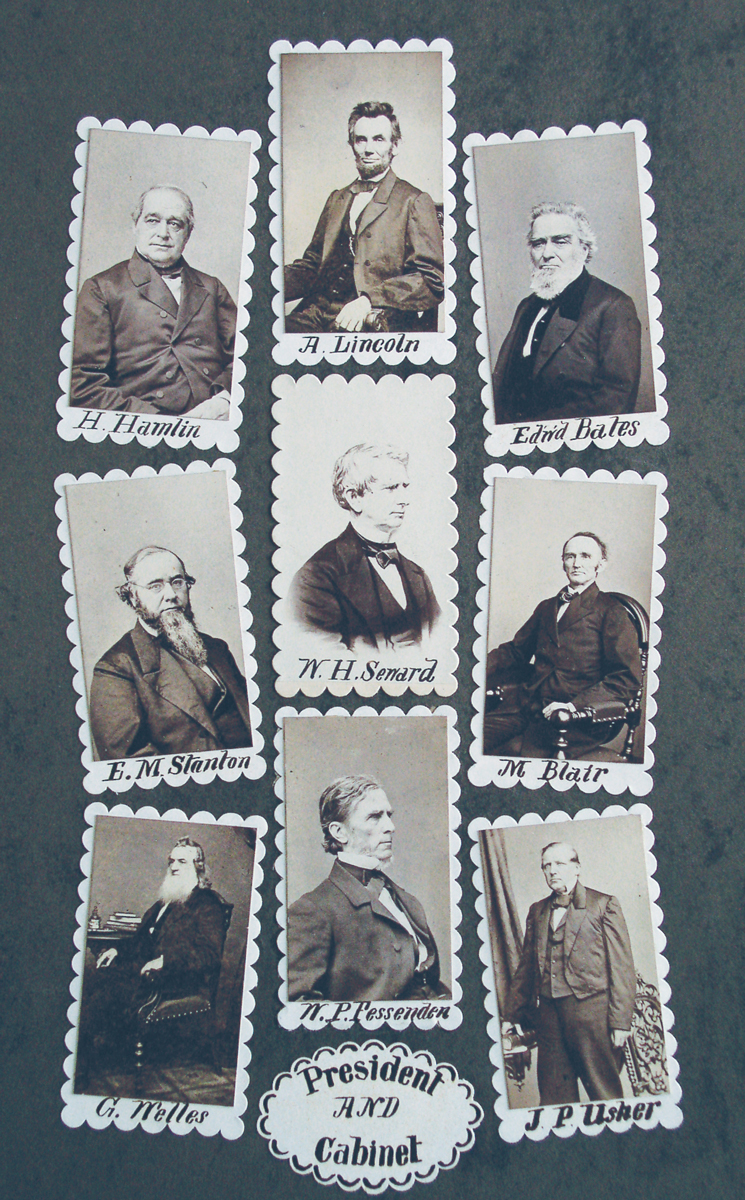 Lincoln and his Cabinet: A Team of Rivals

16 x 18 in. Maquette comprised of nine excellent carte-de-visite-size albumen
prints of Lincoln and his cabinet, each with a manuscript caption, the group
above a scalloped paper label reading “President and Cabinet,” all mounted Institute address, Lincoln himself acknowledged Brady’s influence, on board. Minor discoloration to mount, otherwise fine.

Mathew Brady and Abraham Lincoln. This splendid original Mathew Brady work of art celebrates Lincoln and his Team of Rivals at the height of the Civil War.

Mathew Brady and his gallery created this superb maquette using the best possible examples of its finest portraits of Lincoln and his cabinet. Brady then photographed the piece and published it in much-reduced size as a carte de visite group portrait for sale to the public. The resulting carte de visite appears in Ostendorf’s Lincoln’s Photographs on p. 275.

The nine Mathew Brady portraits making up this maquette are:

Gideon Welles, Secretary of the Navy

The famous Lincoln portrait at the top is Ostendorf O-84, made by Brady in Washington on Friday January 8, 1864. The maquette was made between July and November 1864. Fessenden succeeded Salmon P. Chase as Treasury Secretary on July 5, 1864, and Edwin Bates resigned as Attorney General in November 1864.