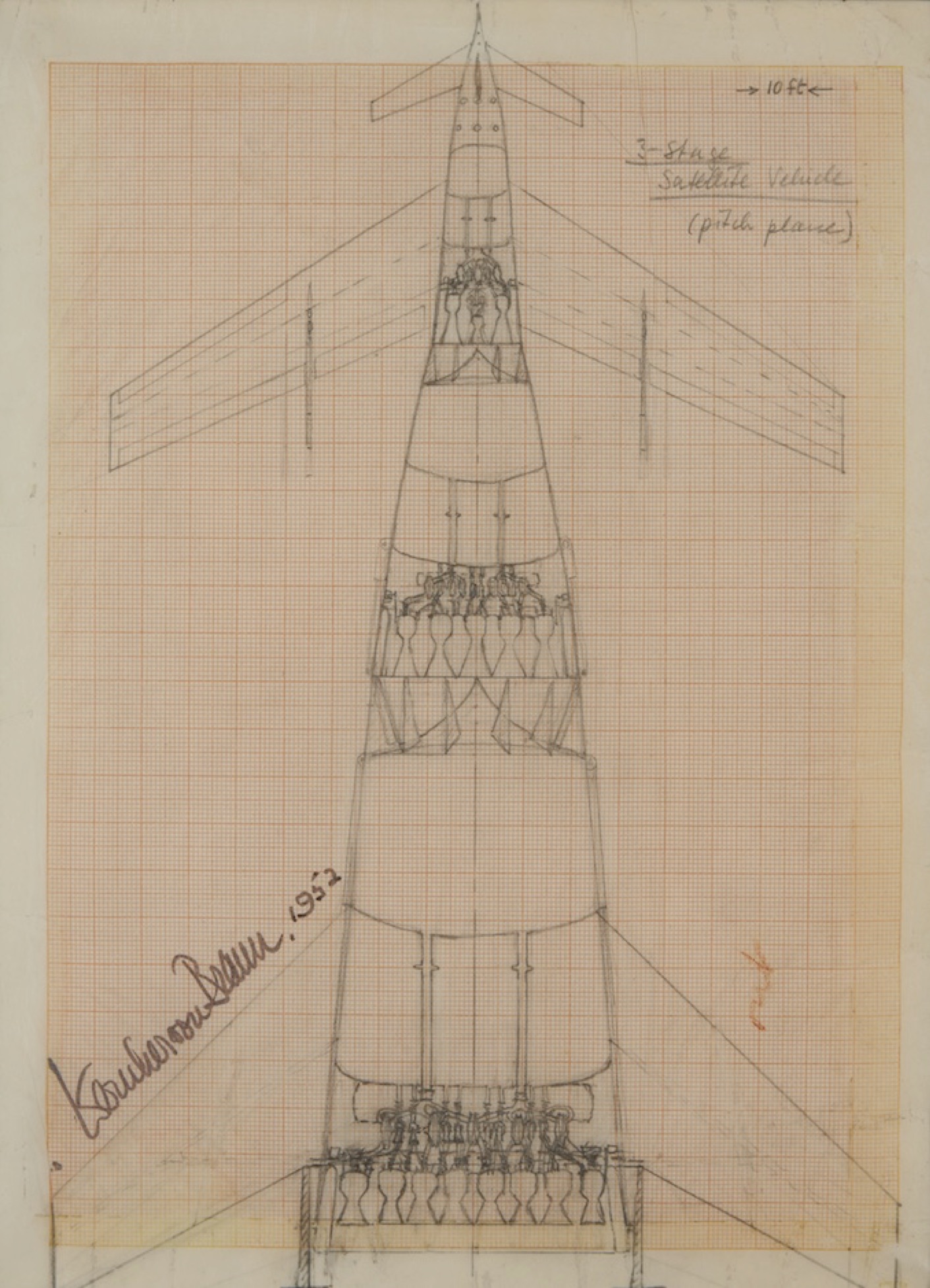 Father of the American space program

This is an original signed drawing of a space ship by Wernher von Braun, the father of the American space program.

He made this drawing for his landmark Collier’s series “Man Will Conquer Space Soon” (1952-54), which played a central role in inspiring a generation of rocket scientists and convincing the public of the possibility of space exploration. These essays covered seemingly every aspect of manned space flight and anticipated many developments including the enormous multi-stage vertical launch vehicle (to become Saturn V), a horizontal landing space ferry (the Space Shuttle), an orbiting space station, a lunar landing, the establishment of a base on the moon, and ultimately a manned expedition to Mars.

Von Braun’s technical accomplishments alone would have made him the father of the American space program, but he was also the foremost popularizer of the notion of space travel. The essays for which he prepared this drawing helped make possible the great developments of the American space program and likely influenced John F. Kennedy’s vision of an American presence in space. Apollo space program director Sam Phillips declared that America would not have reached the moon without von Braun’s help.

This drawing of a space ship presents a visionary view of the coming Space Age by one of its central figures. Von Braun’s technical drawings are very rare in the market.