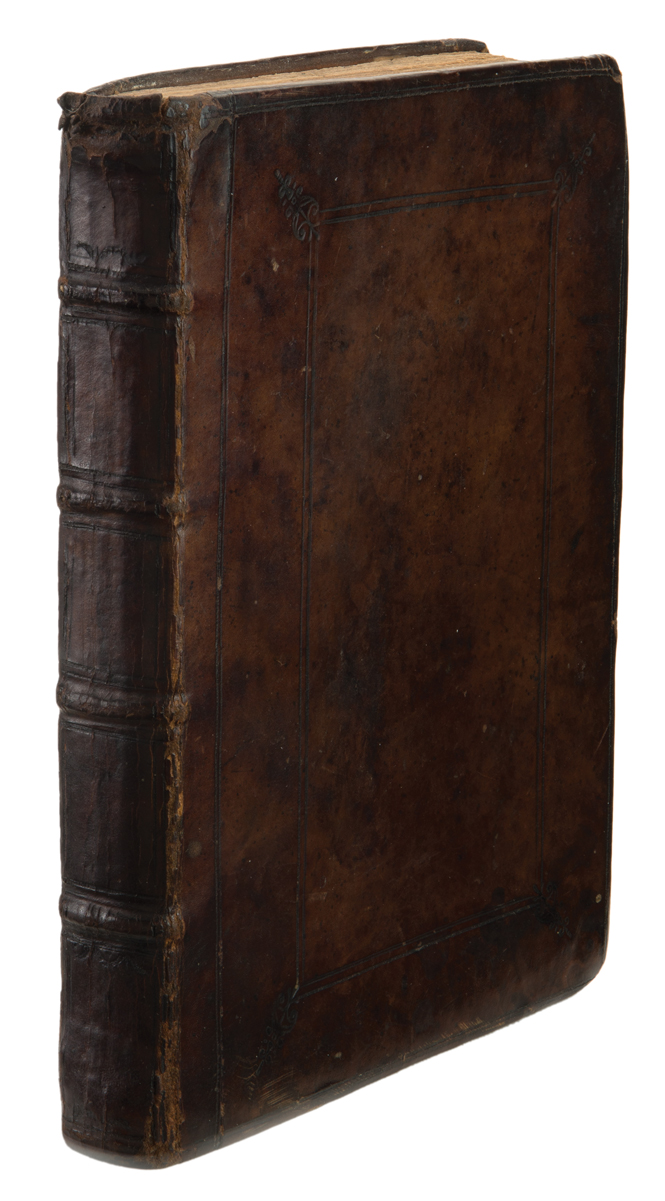 First edition. This is a very rare example of Paradise Lost with the contemporary binding untouched and with a 1667 title page. This volume has been signed by women who owned it in the 17th and 18th centuries.

Samuel Johnson wrote of Paradise Lost, “The characteristic quality of his poem is sublimity. He sometimes descends to the elegant; but his element is the great. He can occasionally invest himself with grace; but his natural port is gigantic loftiness. He can please when pleasure is required; but it is his particular power to astonish.” Thomas B. Macaulay hailed Milton as “the poet, statesman, the philosopher, the glory of English literature, the champion and martyr of English liberty.”

Milton, who went blind in middle age in 1652, did not write Paradise Lost by hand. Instead, he dictated it to family and friends who served as his amanuenses. Each morning before rising from bed, Milton was read to from the Hebrew Bible, and later in the day he would dictate Paradise Lost, sometimes declaring impatiently “I want to be milked.”

This copy has the second of the two 1667 title pages, of a total of six dated 1667 through 1669. The two 1667 title pages differ in the size of type for Milton’s name and in the rules and border. The likely explanation is that “the border rules were damaged and reset while the first title page was being printed. For the second title page, Milton’s name was printed in a slightly smaller type size because there was slightly less space available for it” (Dobranski, “Simmons’s Shell Game: The Six Title Pages of Paradise Lost”).

This copy contains the added preliminaries including the errata, the short notice from “The Printer to the Reader,” “The Argument” (prose summaries of the individual books), and “The Verse,” in which Milton argues against the English practice of rhyming line endings in favor of blank verse, “Rime being no necessary Adjunct or true Ornament of Poem or good Verse, in longer works especially, but the Invention of a barbarous Age, to set off wretched matter and lame Meeter.”

Examples of Paradise Lost with the 1667 title and in an untouched period binding are rare. Only one other such copy, an example sold at Sotheby’s in 1978, has appeared for public sale in the past fifty years. As the first title page is unobtainable in a contemporary binding, this is the most desirable example of Paradise Lost available.