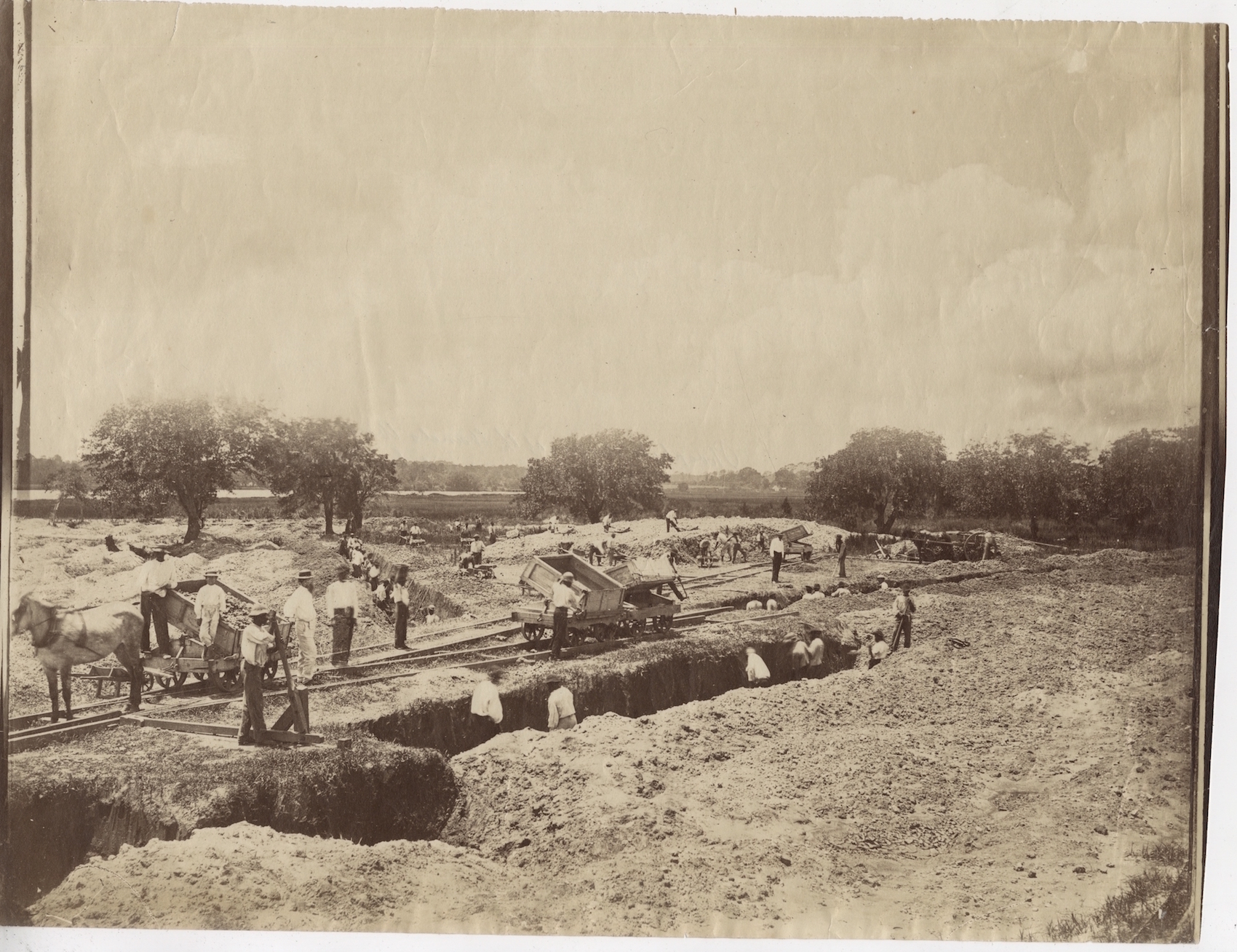 This huge 11 x 15 in. print documents the early mining of phosphate for fertilizer, a key postwar Southern industry. Dozens of black men dig phosphate from the ground around the Ashley River and load it into horse-drawn carts on rails. A white man leaning against a cart in the foreground looks directly at the camera. Most of the men are barefoot. The Ashley River is visible in the background.

The South Carolina phosphate mining industry began after the Civil War and dominated world production in the 1880s. Mining began in late 1867 on plantations near Charleston, the Wando Fertilizer Company (documented here) being a pioneer.

“Most miners were young black males in their twenties or thirties. Dissatisfied with the work habits of the former slaves, mine owners imported Italians and Germans and tried convict labor but were unsuccessful in displacing the freedmen’s labor monopoly. Freed people in Charleston, Colleton, and Beaufort Counties incorporated mining into a two-day system that included sharecropping, farming their own land, hunting, fishing, and odd jobs. By 1880 more than sixteen hundred men mined the land, which paid well (about $1.75 per day) but was grueling work. Ankle-deep in mud and under the hot sun, freedmen with shovels and picks excavated several feet of overburden before reaching the twelve-inch phosphate layer. Miners pushed the rock in trams toward the river, where others dried the rock in the sun or on burning timber before shipping it to Charleston or beyond …” (South Carolina Encyclopedia).