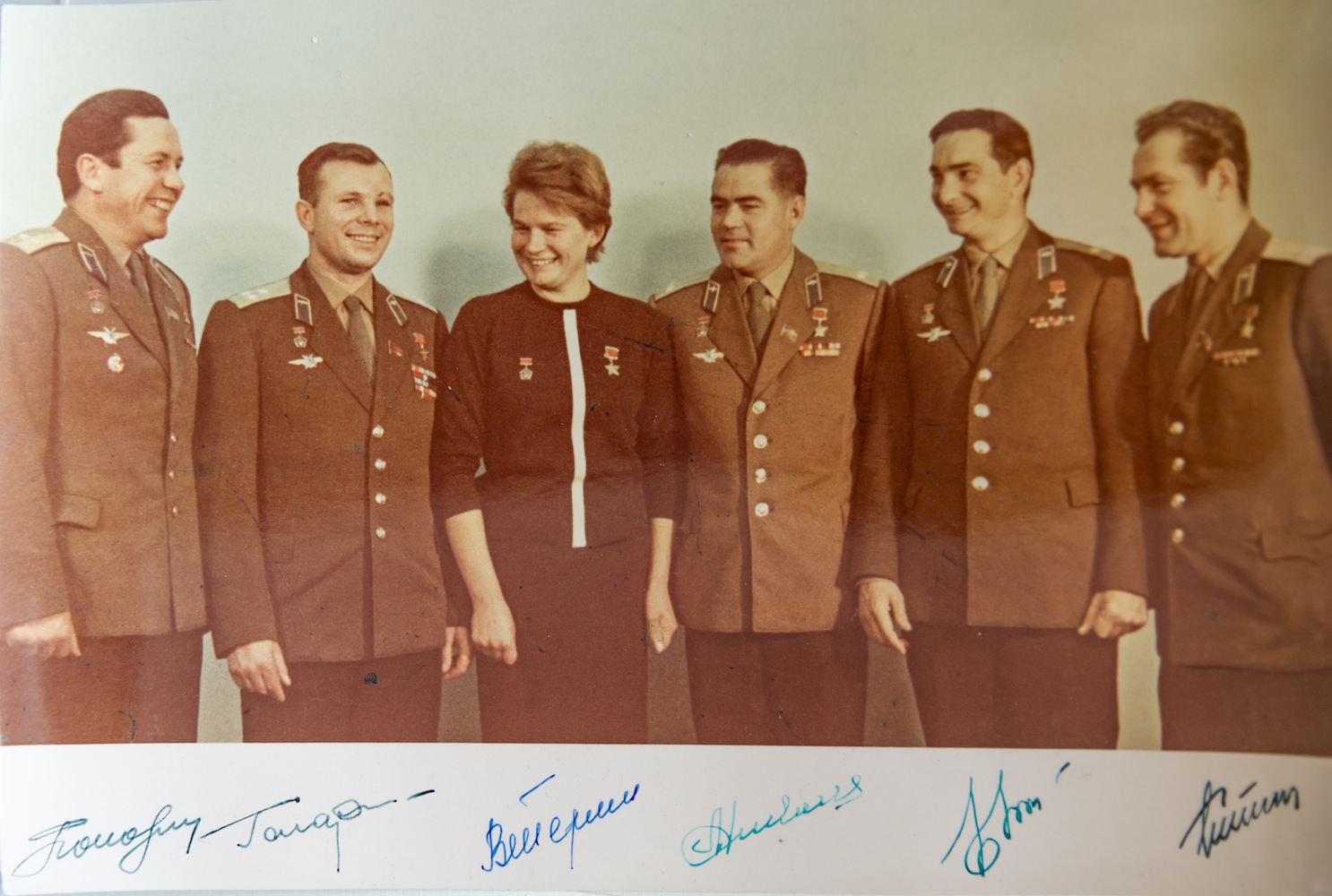 Signed by all six original Soviets to go into space, the Vostok cosmonauts:

This signed photograph is a wonderful icon of the heroic first days of the Space Race at the height of the Cold War. Authentic Soviet autograph collections from the earliest cosmonauts are rarely available in the West. The first four Vostok cosmonauts are dead, and Gagarin’s tragic death in a 1968 plane crash have helped to make his autograph in particular one of the most valuable in the field.