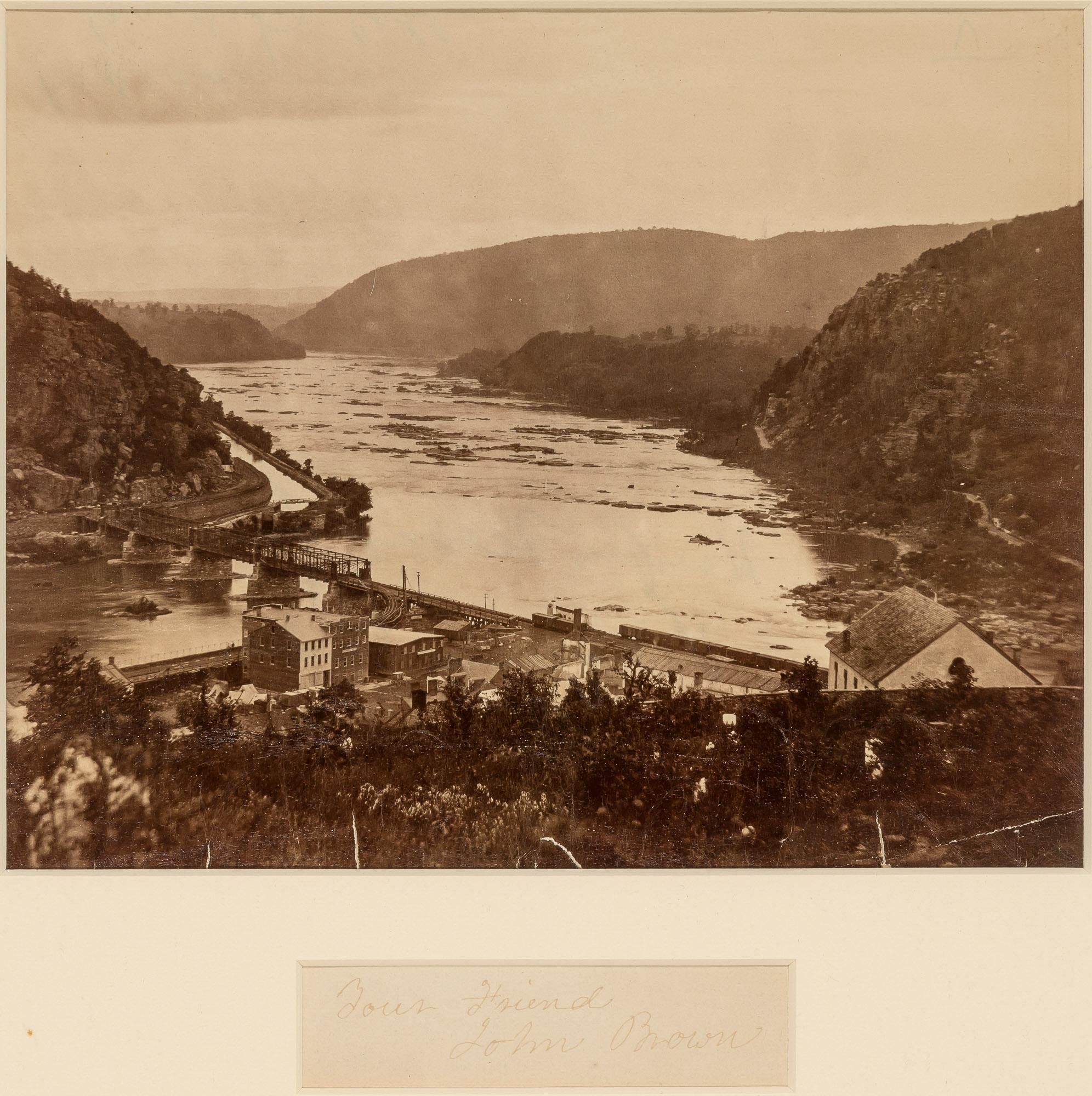 This fine Brady view of Harper’s Ferry is framed with a slip signed by John Brown (“your friend/John Brown”), whose 1859 raid of Harpers Ferry and its arsenal was a prelude to the Civil War.

Mathew Brady’s photographers made this panoramic view of Harpers Ferry and the confluence of the Potomac and Shenandoah Rivers from Harper Cemetery on Camp Hill. “On the near side of the river, to the left, can be seen Musket Factory Bldg. No. 12 – the Warehouse and moving to the right, the new “Shenandoah Hotel” and the Adams Express building, which were located in the Wager Ferry Lot No. 9. Across Potomac Street, visible in the center and just beyond the stone wall surrounding the Harper Graveyard on Camp Hill, can be seen the roofs and rear of Monument Bldgs. No. 8 and 9. To the right of them stands the ruined walls and one chimney of the three story brick house (burned on February 7, 1862) that once stood on Wager Lot No. 5. To the right of that is the long one story building running parallel to the Shenandoah. This structure is probably the first floor of the Large Arsenal (burned on April 18, 1861), situated in the Old Arsenal Square. Beyond the Arsenal are some railroad cars of the U.S. Military Railroad, running on the old line of the Winchester and Potomac Railroad” (Charles Snell, “Harpers Ferry Repels an Attack,” NPS, 1960, identifying this as Harpers Ferry Negative No. HF-25).