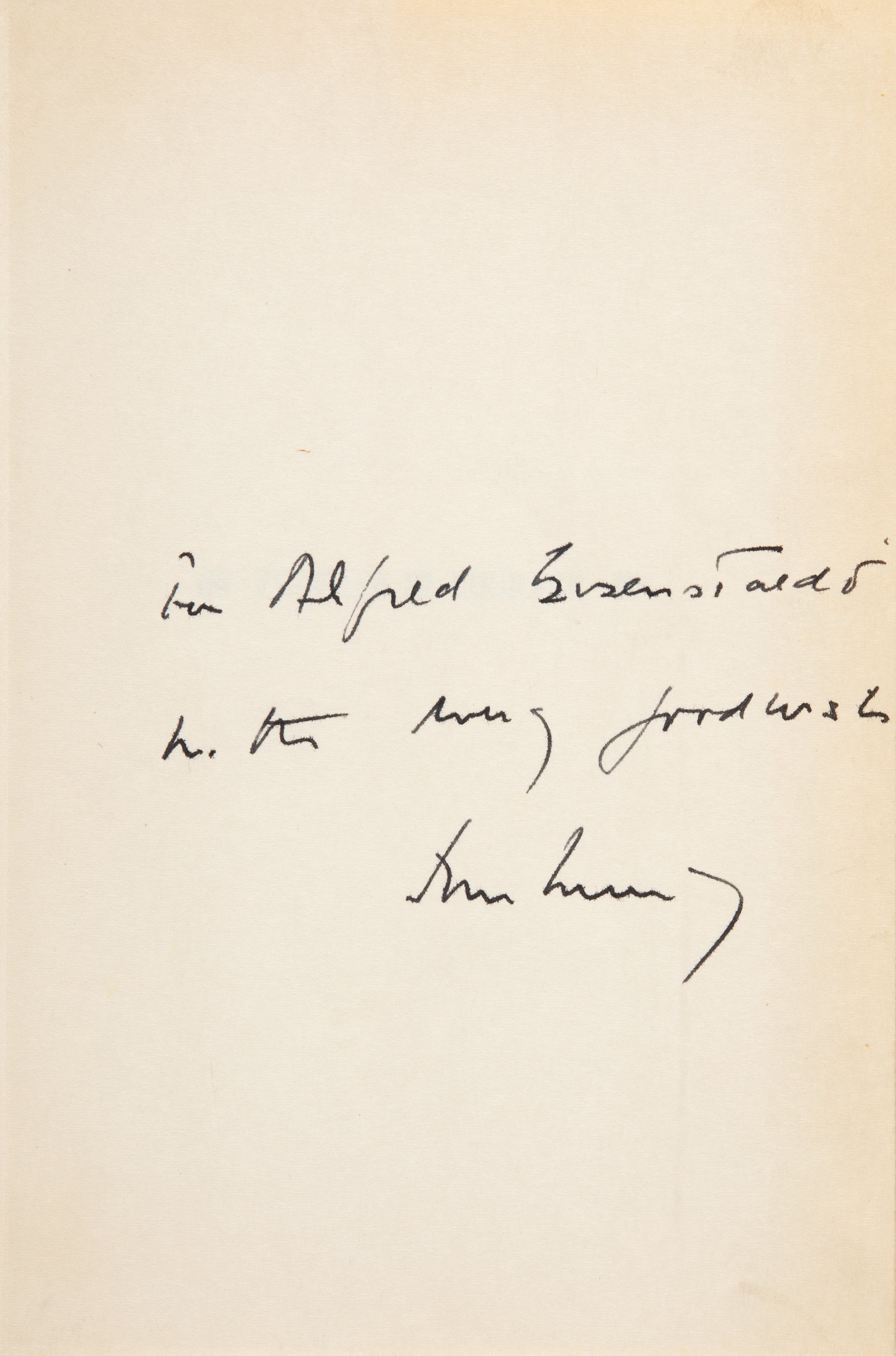 Eisenstaedt was perhaps the greatest of the photographers for Life magazine. “He was especially renowned for his ability to capture memorable images of important people in the news, including statesmen, movie stars, and artists” (New York Times). One of the most revered American photographers, he is perhaps most famous for V-J Day in Times Square, showing the sailor kissing a stranger at war’s end.  Eisenstaedt photographed Kennedy extensively during the 1960 presidential campaign and during his presidency. His images of Kennedy and his family are among the most familiar Kennedy photographs.

In 1954 Kennedy determined to write a magazine article about famous political leaders who held unpopular positions that were nonetheless in the national interest. After Kennedy’s back surgery he expanded the work into a book with the working title “Courage in the Senate.” Published as Profiles in Courage, the book won the Pulitzer Prize for biography in 1957. It conferred on Kennedy an aura of intellectual seriousness which was critical to his acceptance as a presidential candidate a few years later. One of the most famous books by an American president, Profiles in Courage tells the stories of Kennedy’s great predecessors in the Senate:  John Quincy Adams, Daniel Webster, Thomas Hart Benton, Sam Houston, Edmund Ross, L. Q. C. Lamar, George Norris, and Robert A. Taft.

This is a splendid presentation copy linking Kennedy and a giant of photojournalism.