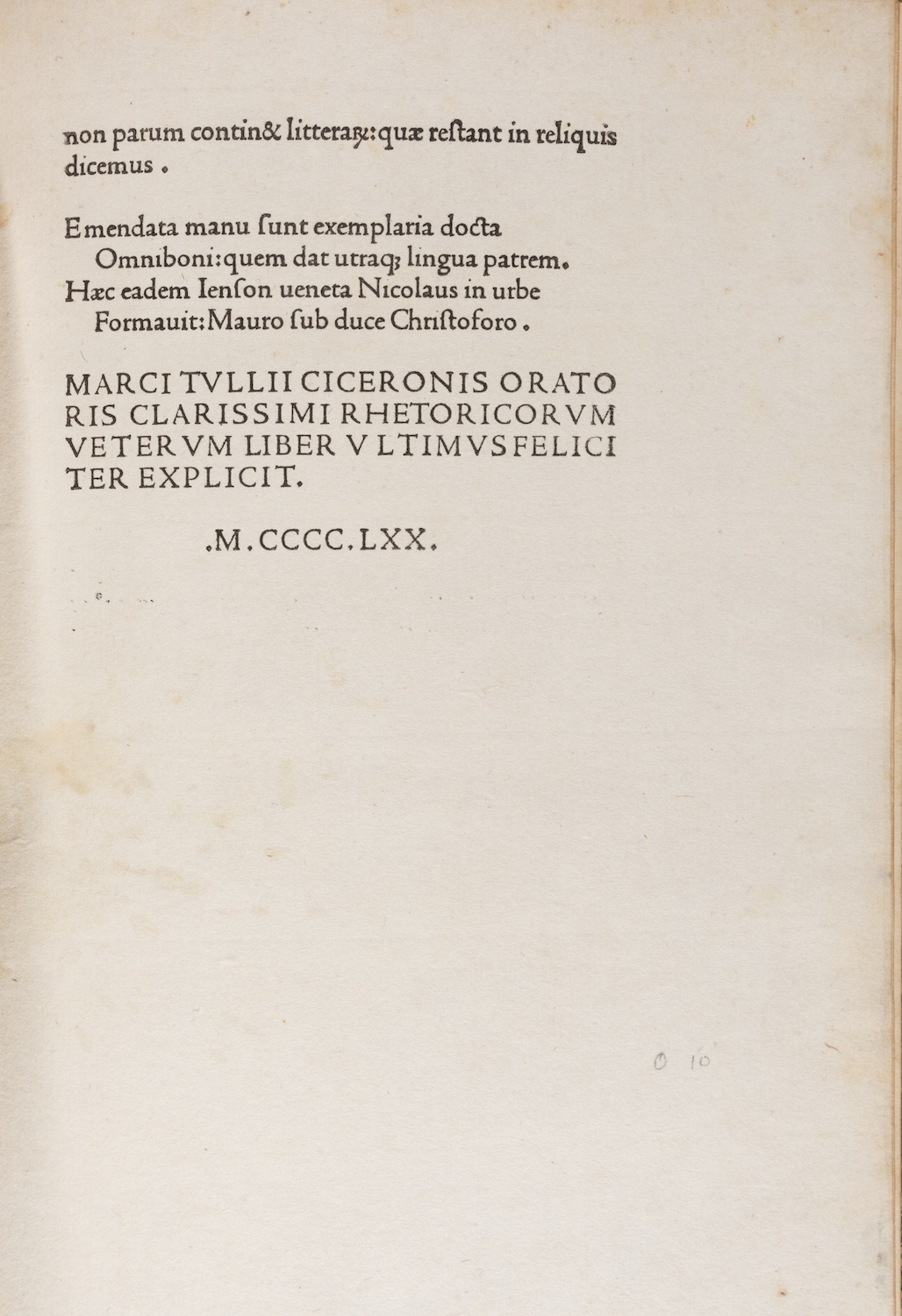 A landmark in Western intellectual history, Rhetorica ad Herennium contains the first description of the “method of loci,” the memory technique also known as the memory palace. In this ancient memorization technique, “the subject memorizes the layout of some building, or the arrangement of shops on a street or any geographical entity which is composed of a number of discrete loci, When desiring to remember a set of items the subject ‘walks’ through these loci in their imagination and commits an item to each one by forming an image between the item and any feature of that locus, Retrieval is achieved by ‘walking’ through the loci, allowing the latter to activate the desired items” (O’Keefe).

The influence of the Rhetorica, the earliest classical source on the art of memory, has echoed through the centuries. For the centuries during which paper was rare and costly, “artificial memory” was essential to the growth, preservation and dissemination of knowledge. The Rhetorica’s approach was employed by ancient rhetoricians, and early Christian monks to memorize the Bible and organize monastic practices of meditative reading and composition. Thomas Aquinas promoted the art of memory in his writings, and Bacon and Descartes assimilated it into the study of logic. The method of loci continues to be used to this day by memory competitors (world champion Edward Cooke called the Rhetorica “our Bible”), and it is employed for the insights it provides in neurology and psychology.

The Rhetorica also presents the first full treatment of memoria (the memorization of speeches). Dating to the dawn of Latin prose, this is the earliest work of Latin prose preserved in its original form. The Rhetorica was a source for Machiavelli, Shakespeare, and countless others. It survives in hundreds of medieval and Renaissance manuscripts, 14 printed incunable editions, and scores of 16th-century printed editions, making it “one of the most studied books in European history” (Latinitium).

Nicolas Jenson, one of the giants of early printing in Italy, learned the art from Gutenberg in the late 1450s. He printed these works in 1470, the year he began his celebrated career as a printer on his own. Since ancient times the Rhetorica was commonly read with and published with Cicero’s De Inventione, the first surviving work to use the term “liberal arts.” Jenson continued this tradition, printing the works at the same time, and thus they are often found together, as in the present copy.

RARE. Only four examples have appeared for public sale in the past century (two of those are now at the Library of Congress). American ownership is today restricted to the very greatest libraries: Morgan, Huntington, Harvard, and Library of Congress.