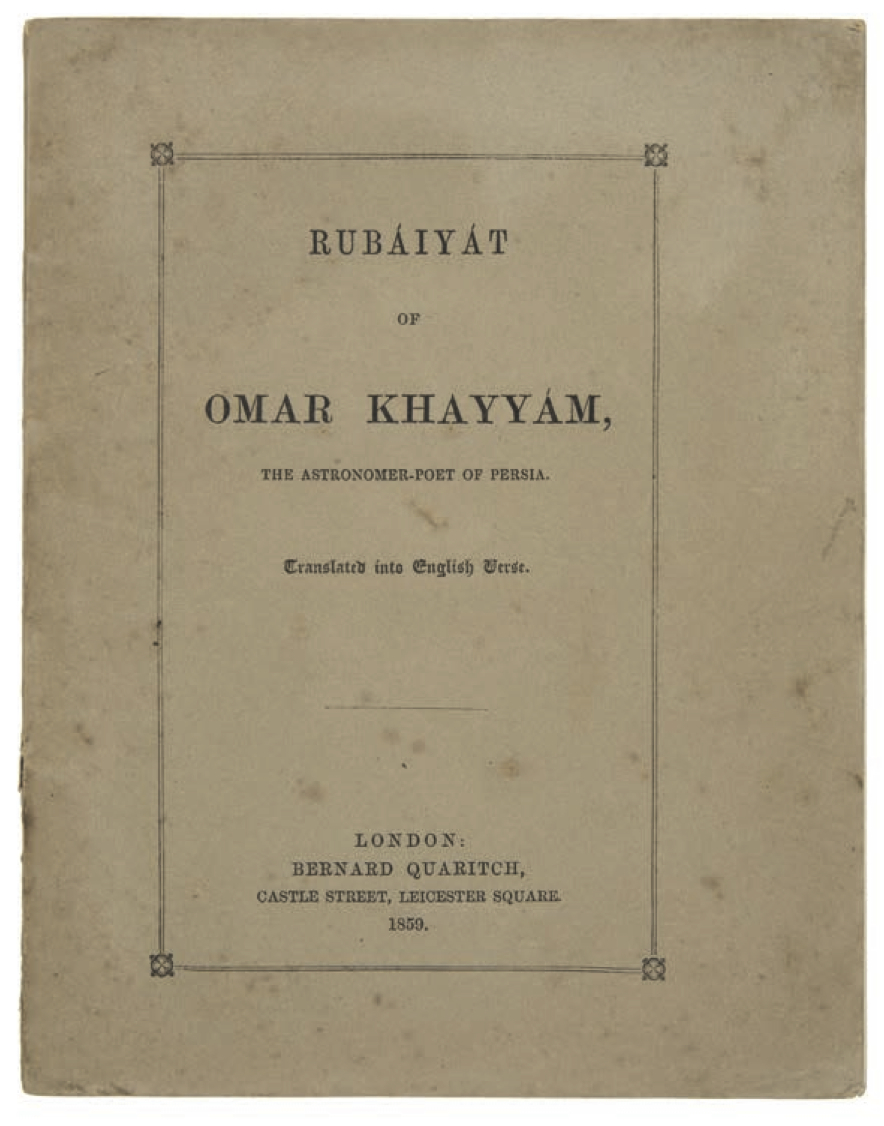 First edition of one of the most celebrated poetical rarities of 19th-century English literature. Only a handful of the 250 copies printed sold at first, so the publisher consigned the balance to the bargain bin, with the price reduced from five shillings to one penny. Many copies were discarded or lost. Swinburne found a copy, passed it on to Rossetti, and the book’s fame spread rapidly. Scores of editions followed, and FitzGerald’s translation of the Rubaiyat remains one of the best-loved and most often printed poems in the English language.

“The work on which FitzGerald’s fame will mainly rest is his marvelous rendering of the ‘Quatrains’ [The Rubaiyat] of Omar Khayyam, the astronomer poet of Persia, which he has made to live in a way that no translation ever lived before. In his hands the ‘Quatrains’ became a new poem, and their popularity is attested by the four editions which appeared in his lifetime. But when they were first published in 1859, they fell upon an unregarding public, as heedless of their merits as the editor of a magazine in whose hands they had been two years previously” (DNB).

Only 250 copies were printed, and only a handful remain in private hands in original wrappers. This superb copy is a worthy addition to any collection of classics of literature.