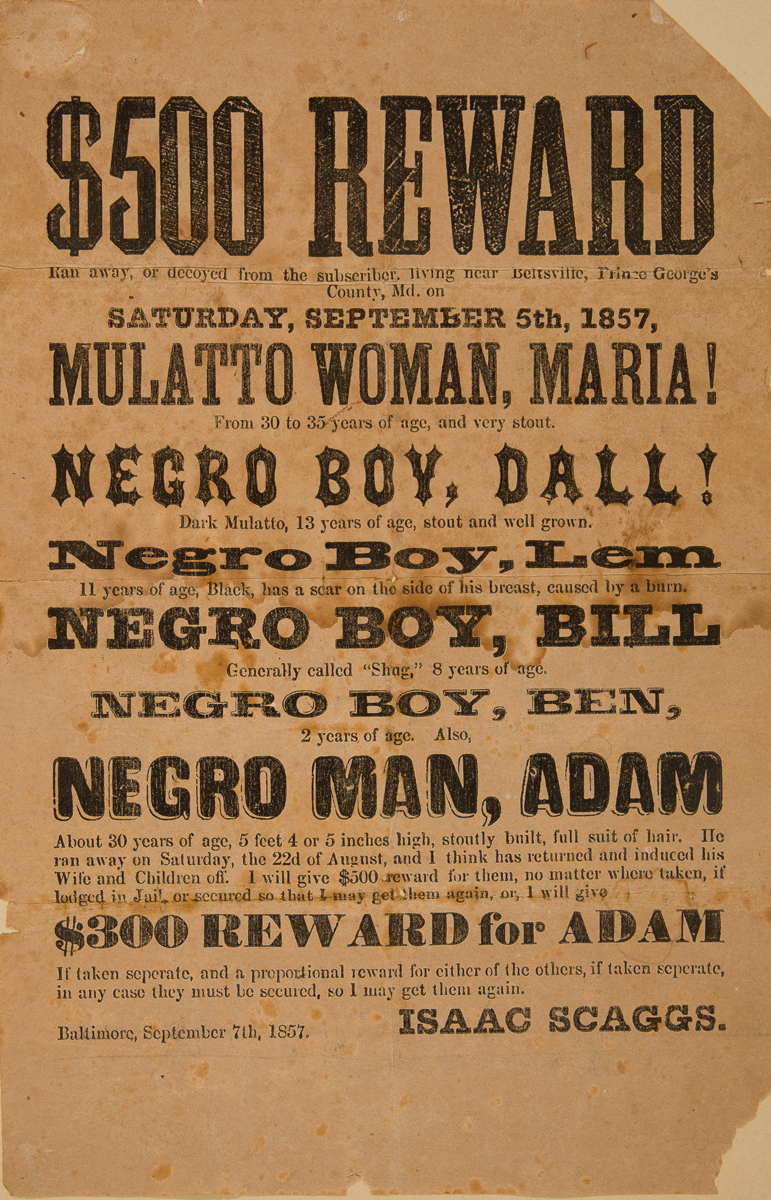 Unknown Sequel to a Major Documented Escape: A Rare Relic of the Underground Railroad

Adam Smith rescued his family from slavery with the help of the Underground Railroad, thereby earning a permanent place in the annals of American freedom.

He first appeared in the historical record on March 4, 1854, when Isaac Birch committed twenty-seven year old Adam to the Washington, D.C. slave jail as a runaway slave. Ten days later, he was released to Isaac Scaggs, suggesting that he had been sold to the Maryland slaveholder, “a real country ruffian” who “will sell a slave as quick as any other slave-holder.” Three years later, on August 22, 1857, Adam ran away from the Scaggs farm.

“… The story which Adam related concerning his master and his reasons for escaping ran thus: ‘My master was a very easy man, but would work you hard and never allow you any chance night or day; he was a farmer, about fifty, stout, full face, a real country ruffian; member of no church, a great drinker and gambler; will sell a slave as quick as any other slave-holder. He had a great deal of cash, but did not rank high in society. His wife was very severe; hated a colored man to have any comfort in the world. They had eight adult and nine young slaves.’ Adam left because he ‘didn’t like the treatment.’ Twice he had been placed on the auction-block …”

What Still did not know was that Adam Smith then returned to the Scaggs farm two weeks later to free his enslaved family, who are all named. In this reward poster, Scaggs reports the September 5 disappearance of five slaves, concluding, “He ran away on Saturday the 22d of August, and I think has returned and induced his Wife and Children off. I will give $500 reward for them, no matter where taken …” Two months later, on November 8, Scaggs paid for another Baltimore Sun advertisement offering a reward for all six, suggesting that they had permanently gained their freedom.

We have not seen or heard of another runaway reward poster in the market with a direct link to a documented Underground Railroad escape. This relic testifies to the thirst for freedom and strength of the African-American family even in slavery.

EXTREMELY RARE. This is the only known example. Not in WorldCat.