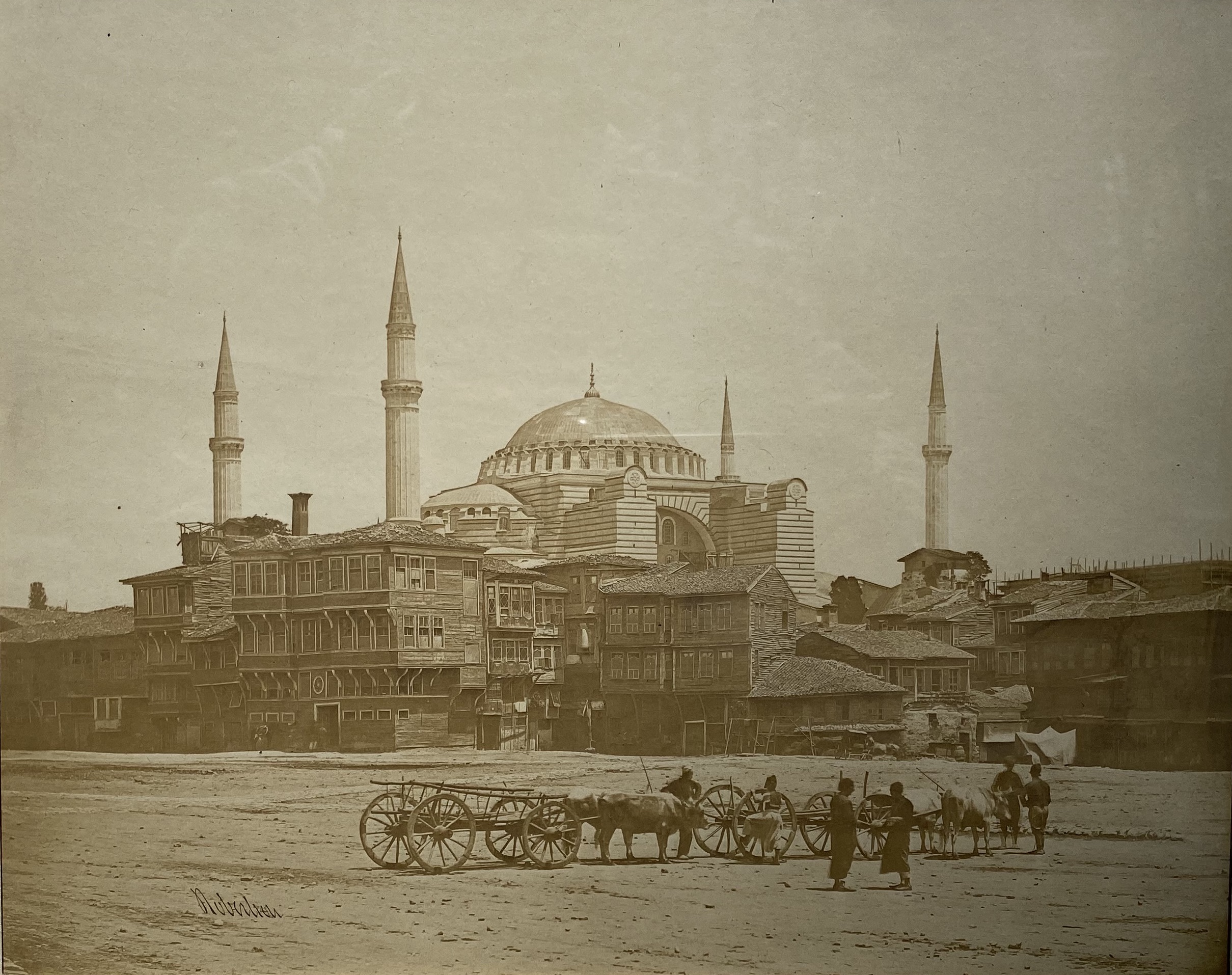 Five salt prints (approx. 11 1⁄2 x 10 1⁄4 in.), four signed in the negative, mounted, several of the mounts with manuscript captions and borders. Some foxing to mounts. Minor wear, some fading. Very good condition.

Robertson’s views are “of the highest beauty and interest” — The Athenaeum, December 1853 These fine views are among the earliest paper photographs of Constantinople. James Robertson settled in the city in 1841 and spent forty years as a master engraver in the imperial mint. In the early 1850s he learned the art of photography, and by July 1853 he was selling his views to the public. His photographs, which appeared in exhibitions in London and Paris, were widely known through the engravings made from them for illustrated newspapers.

1. (Hagia Sophia.) La Mosquee de Ste Sophie Vue de l’Atmeydan. This view of Hagia Sophia is from the atmeydan (horse square), the site of the ancient Hippodrome of Constantinople. The world’s largest cathedral for nearly 1000 years, it was converted into a mosque in 1453 by Sultan Mehmed II and finally was made a museum in 1935.

2. Fountain of Sultan Mahmoud. This landmark fountain, actually built by Sultan Ahmed III, is located in the great square in front of the Imperial gate of the Topkapi Palace. The Turkish rococo structure, built in 1728, was a well-known social center and gathering place in the Ottoman period.

3. Bosphorus. Tophane &c from Seraskier Tower. This fine panoramic view was made from Beyazit Tower, commonly called Seraskier Tower because it was on the grounds of the Ottoman Ministry of War, or Seraskierat. The 279 ft. tower provided an ideal view across the old city and the Golden Horn. Tophane is a neighborhood in the Pera (now Beyoglu) district.

This is a fine series of salt prints depicting the greatest monuments of Constantinople.