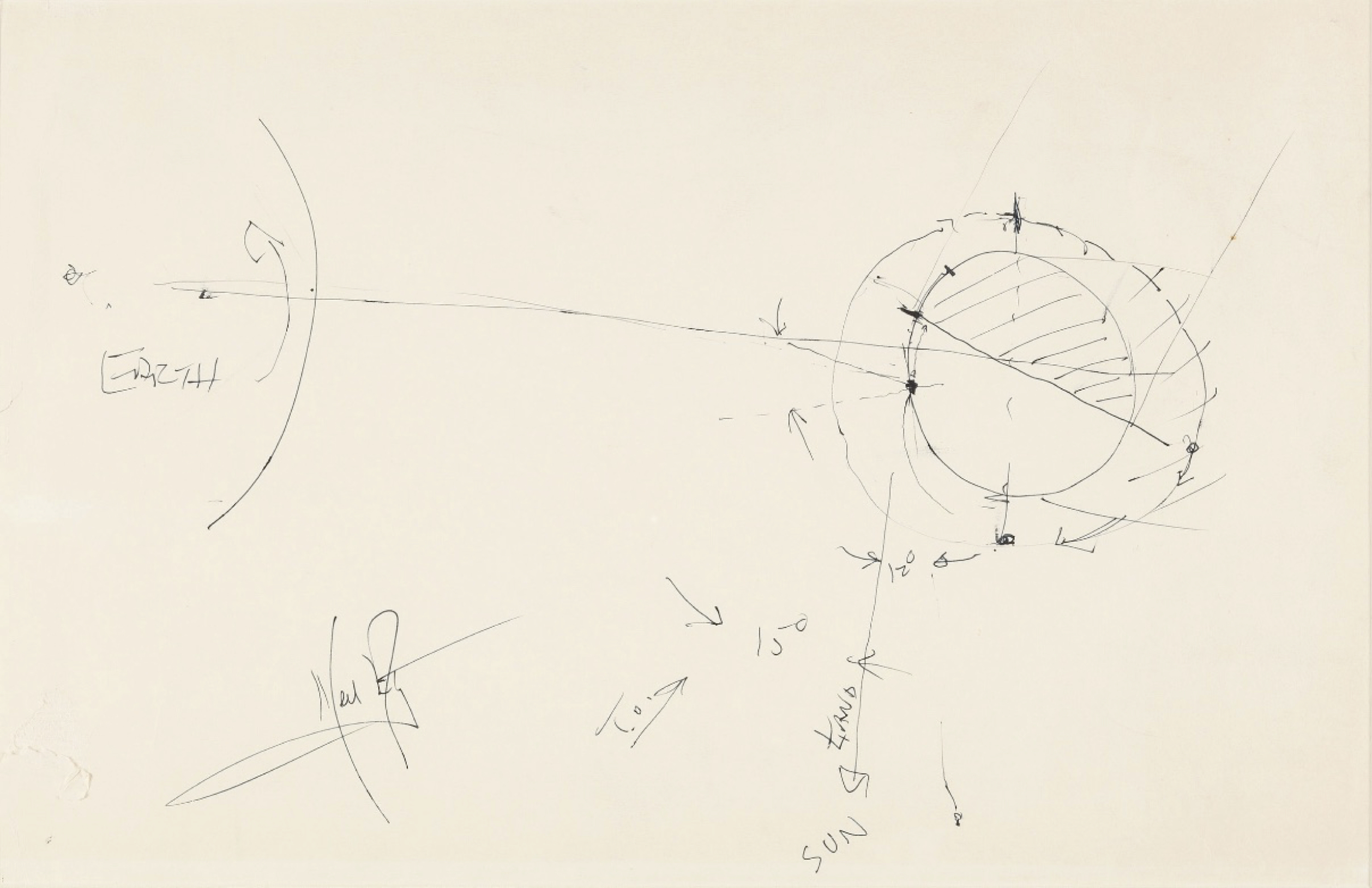 AN ICONIC DRAWING OF AN EPOCHAL MOMENT IN HISTORY.

Neil Armstrong, first man to walk on the Moon, illustrates key elements of the Apollo 11 moon landing in this rare drawing. He notes the rotation of the Earth, marks the “dark” side of the moon, and shows the direction of the Sun’s rays. A dashed line around the Moon indicates the command module’s path in orbit, and the curve at the lower left of the Moon shows the path of the lunar module approaching the landing site.

On July 20 1969 the lunar module Eagle, carrying Neil Armstrong and Buzz Aldrin, separated from the command module Columbia, which remained in orbit with Michael Collins. Eagle orbited the Moon and then began its descent to the surface. Seeing that the intended landing site was strewn with boulders, Armstrong switched to partial manual controls for the landing. As he flew above the Moon’s surface he found that his next intended landing site included a crater. Finally finding a clear and level area in the Sea of Tranquility, he landed four miles downrange from the predicted touchdown point. Four hours later Armstrong walked on the Moon declaring it “One small step for man, one giant leap for mankind.”

Provenance: Armstrong, a friend of a set designer working on a play titled Darkside in Cincinnati, Ohio, was asked to comment on the role the “dark side of the Moon” played in the 1969 moon landing. Armstrong made this drawing and explained that the planned landing location was chosen in order to remain in sunlight for as long as possible to conduct experiments. The 12 degrees notation represents the sun elevation angle at landing (the actual elevation was 10.6 degrees).The location and timing of the landing would determine the length of the shadows cast on the Moon’s surface, key factors in giving Armstrong and Aldrin the best chance at recognizing features and making a safe landing. Armstrong’s drawing shows the angle of the sun at this key moment.