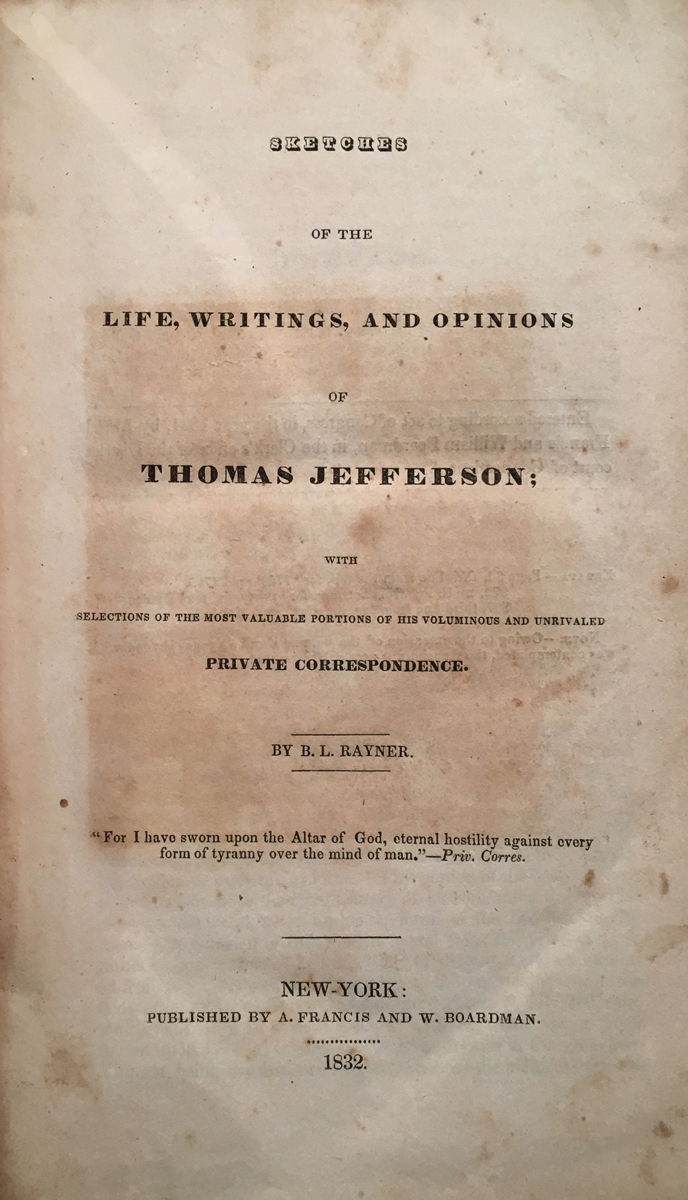 556 pp. Engraved portrait of Jefferson; engraved view of Monticello. Contemporary or original sheep, rebacked and recornered preserving spine.  Foxed, Some staining and wear. A rare association copy of the first biography of Jefferson.

Van Buren served as president from 1837 to 1841 following his terms as vice president (1833-37) and secretary of state (1829-31) under Andrew Jackson.  The most influential figure in the Democratic Party after Jackson, Van Buren built the modern Democratic Party, leading it to dominance in the Second Party system era.

This is the first full-length biography of Thomas Jefferson. Rayner published this laudatory biography, which includes selections from Jefferson’s correspondence and other writings, just six years after Jefferson’s death. A revised edition was published as The Life of Thomas Jefferson (Boston, 1834). Jefferson was one of the founders of the “Democratic-Republican” party, the forerunner of the modern Democratic party which Van Buren led to dominance a generation later.

Books signed by Martin Van Buren are rarely seen in the market. This biography of Thomas Jefferson, signed by Van Buren as president, must be considered one of the most desirable Van Buren books to appear for sale in many years.