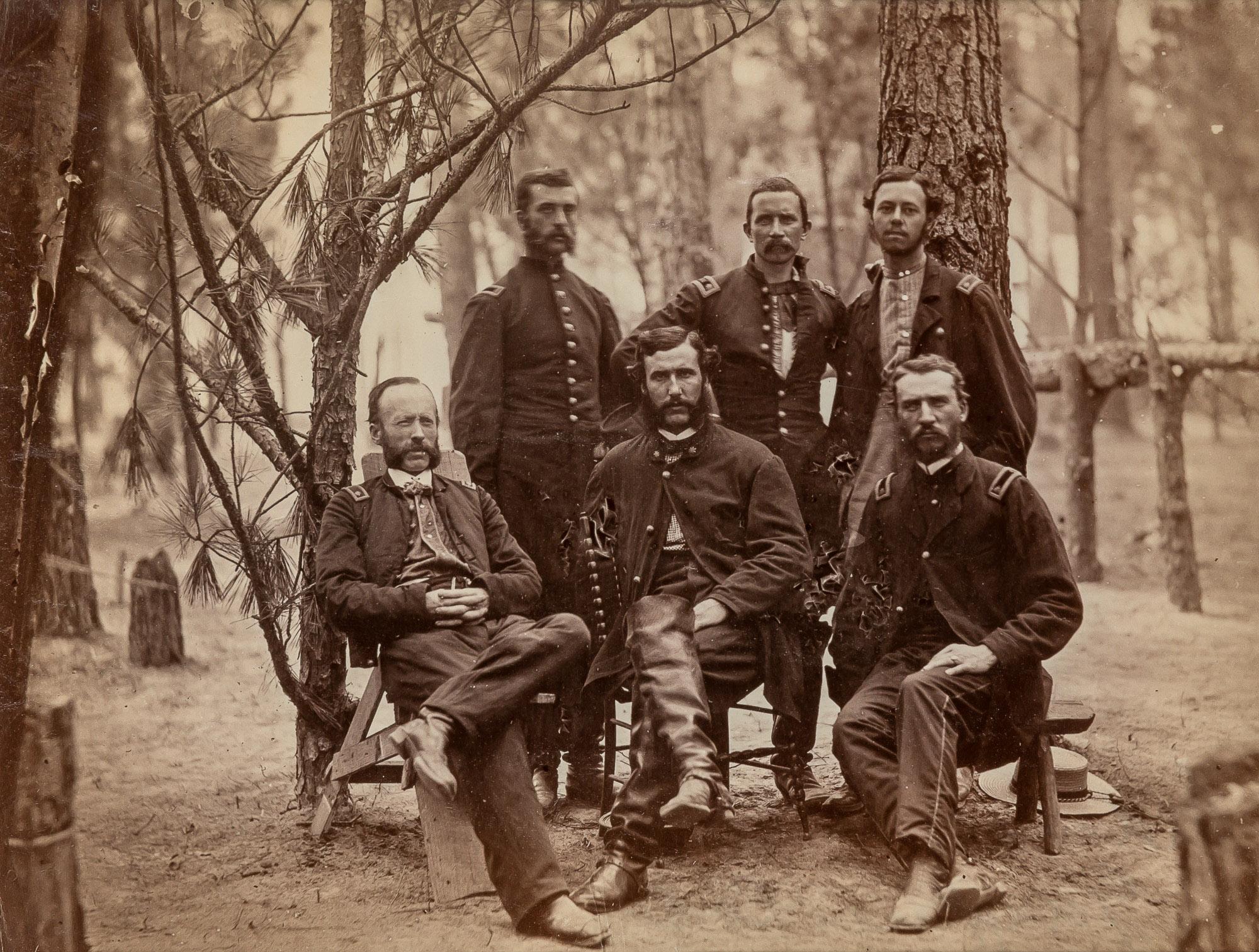 In this unusual portrait a group of six surgeons, three seated and three standing, pose in a wood showing the signs of an encampment. Stumps of newly cut trees are in the background, while a rail fence at the right appears to be an enclosure for horses. The Ninth Corps distinguished itself in action in a number of theaters. At the time of this photograph, taken on Broadway Landing on the Appomattox River, it was fighting in the Petersburg campaign during the war’s late stages.