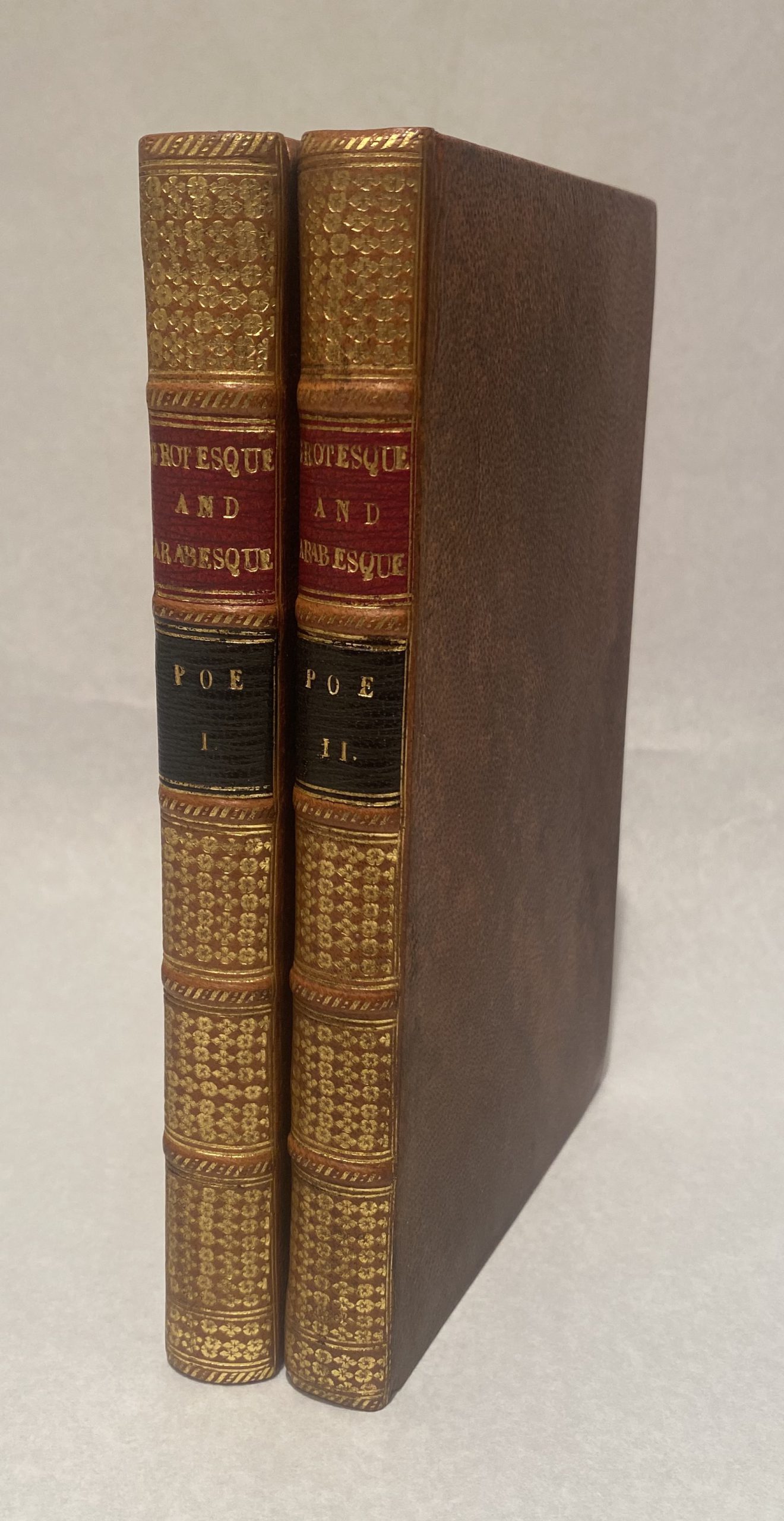 POE, EDGAR ALLAN. Tales of the Grotesque and Arabesque

Two volumes. Beautifully bound in full mottled calf, spines gilt, black and red morocco labels, marbled endpapers. Page 213 of vol. 2 can occur with the numbers 213 (as in the present copy) or 231. Current scholarship, most notably BAL (v. 7, 1983), does not assign priority to either state. Foxing as usual. A handsome copy.

First edition of Poe’s first published collection of tales, one of only 750 sets printed. Tales of the Grotesque and Arabesque contains many of Poe’s finest tales including “The Fall of the House of Usher” and “MS. Found in a Bottle.”

The publication of these twenty-five tales marked the culmination of Poe’s long struggle to get his prose tales into book form. In 1833-34, Poe had failed to see into print his planned Tales of the Folio Club. Most of these tales, with additions were published as Tales of the Grotesque and Arabesque. The title is derived from Sir Walter Scott’s 1827 essay “On the Supernatural in Fictitious Composition: “the tales of the arabesque are the product of an intense imaginative effort and the tales of the grotesque tend toward satire or burlesque.” In the preface to the collection, Poe defends himself from those critics who have charged him with ‘Germanism’ and gloom, writing, “If in many of my productions, terror has been the thesis, I maintain that terror is not of Germany, but of the soul,–that I have deduced this terror only from its legitimate sources, and urged it only to its legitimate results.”

Poe’s only remuneration for the publication of these 25 tales was twenty copies of the book. Lea & Blanchard, the publisher, retained the profits, if any were ever realized. Although the title page is dated 1840, the book was actually published at the end of 1839.