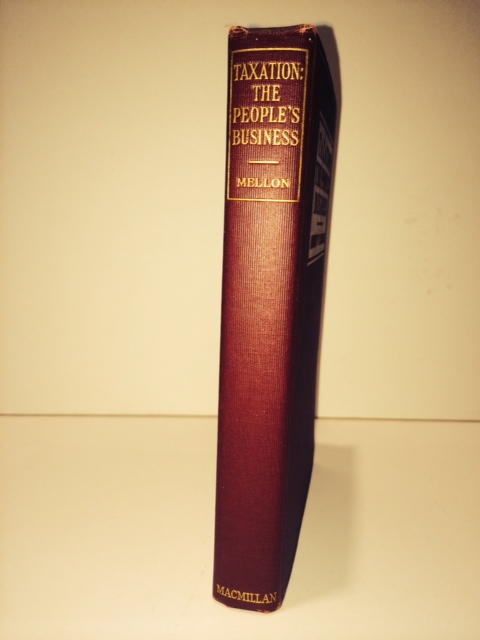 FIRST EDITION. Presentation copy inscribed and signed by Andrew Mellon, one of the wealthiest men in the world and Secretary of the Treasury from 1921-32. Mellon went on to become one of the greatest American philanthropists of his time.

Here Mellon discusses the principles and application of taxes. In this work Mellon opposes the income taxes instituted during the great War, arguing that they result in decreased government revenue because the wealthy move their assets into non-taxable securities.

“Give tax breaks to large corporations so that money can trickle down to the general public, in the form of extra jobs” (Andrew Mellon).