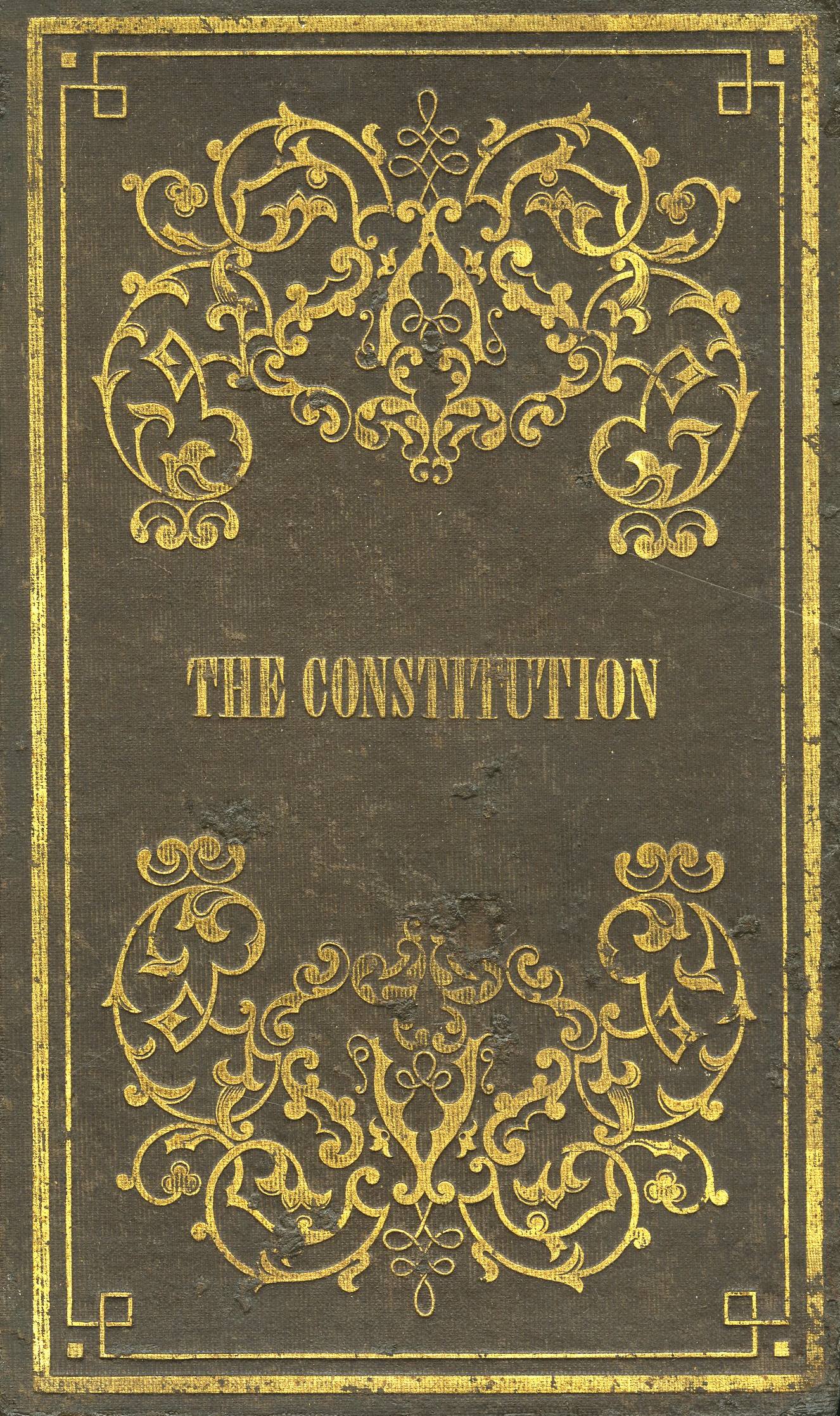 the Constitution and other documents of American government

(CONSTITUTION). The Constitution of the United States of America … 6th ed

521 pp. Original publisher’s deluxe cloth binding, gilt edges, the covers extensively gilt-stamped with “Constitution” on the front cover and an eagle holding an “E Pluribus Unum” banner in its beak on the back cover. Spine ends neatly restored. A very handsome copy.

This lovely volume contains essential documents of American history including the Constitution, the Bill of Rights, the Declaration of independence, the Inaugural Addresses of the Presidents, and much more.

Presentation copy inscribed by the editor, William Hickey: “Presented to Edward Stabler Esq. With the kind regards and best respects of the author and compiler, and of his friend, W. Hickey Senate Office March 9, 1854.”

In the 1840s William Hickey, a member of the Senate’s clerical staff, found that printed copies of the Constitution contained numerous inaccuracies. He prepared “a copy of the Constitution from which he had taken pains to banish every error. He placed this Constitution at the front of a 225-page manual of the national government that he had produced, which in the course of several editions he expanded to 521 pages.

“The book contained a certificate by Secretary of State James Buchanan, declaring that Hickey’s printed Constitution “has been critically compared with the originals in this Department & found to be correct, in text, letter, & punctuation. It may, therefore, be relied upon as a standard edition.” (Buchanan’s original was the engrossed, signed original of 1787, in the custody of the Department of the State.)

“Hickey published several editions of his manual, with the Constitution at the front, during the 1850s. After his death, the administrator of his estate published new editions in 1878 and 1879, with a certification by another secretary of state (Hamilton Fish) attesting to the accuracy of a Constitution that now included the three Civil War amendments.

“With his careful work and the wide dissemination of his print, William Hickey struck a mighty blow for error-free reproduction of the Constitution. His work was carried forward during the late 19th century and afterward by the Government Printing Office. A modern pamphlet edition of the Constitution, printed by the GPO for a congressional committee, bears a close resemblance to Hickey’s print” (National Archives website).

This lovely handsome volume is in the deluxe binding with extensive gilt stamping, offered at a premium.