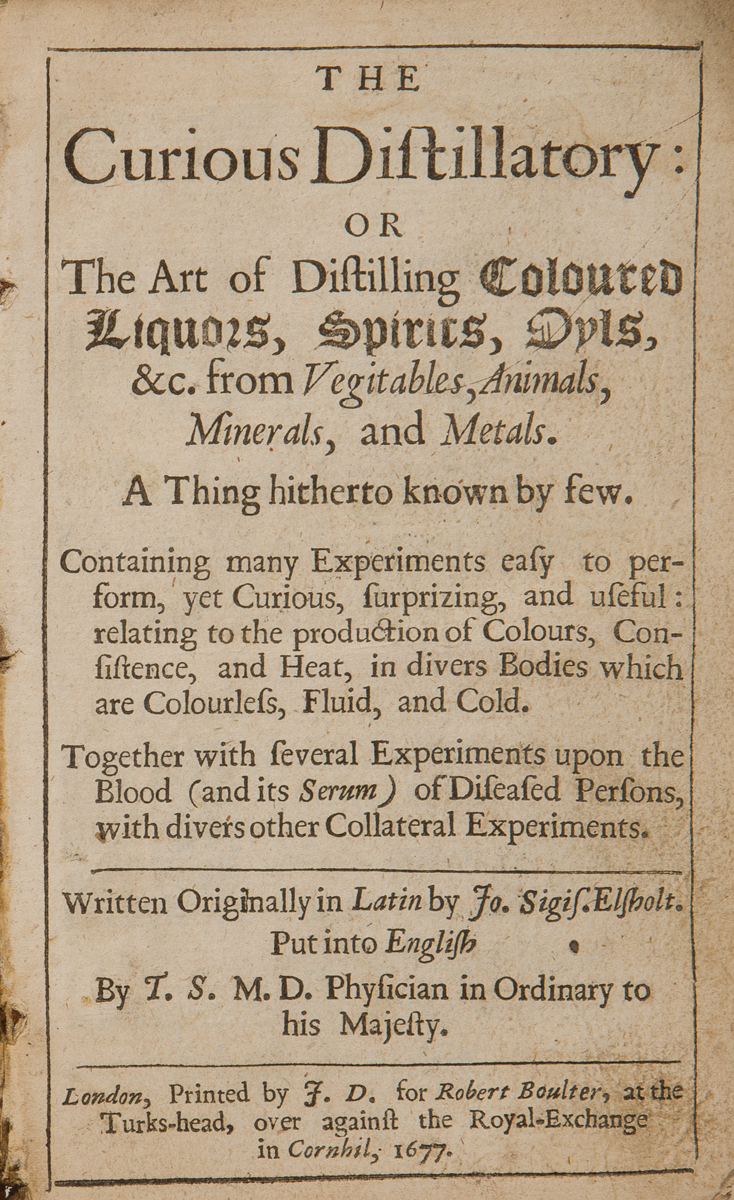 First edition in English. Elsholtz (1623-1688), who studied at Padua, was physician to Elector Friedrich Wilhelm and director of the botanical garden at Brandenburg. He was a pioneer in hygiene and nutrition, emphasizing the importance of personal cleanliness and clean air, water, food, and drink. His published works include a study of physiognomy (he coined the term “anthropometry”) and its health implications, a chemical treatise on phosphorous, contributions to the Ephemerides of the Academia, and a study of intravenous injection and blood transfusions. Thorndike, in A History of Magic and Experimental Science, calls Elsholtz a man with “broad medical and scientific interest and experimental tendencies.” Thomas Sherley, physician in ordinary to Charles II, translated this first English edition from the Latin edition (Berlin, 1674).

Distillation was an essential tool for scientists of the late seventeenth century. The process separates compounds by means of their differing boiling points. The frontispiece, engraved from that used in the Latin edition, shows a typical seventeenth-century distillation laboratory, with the air-cooled alembic atop a large furnace from which steam escapes.

Provenance: John Prince, signatures dated 1699 and 1730, among other markings on endpapers.