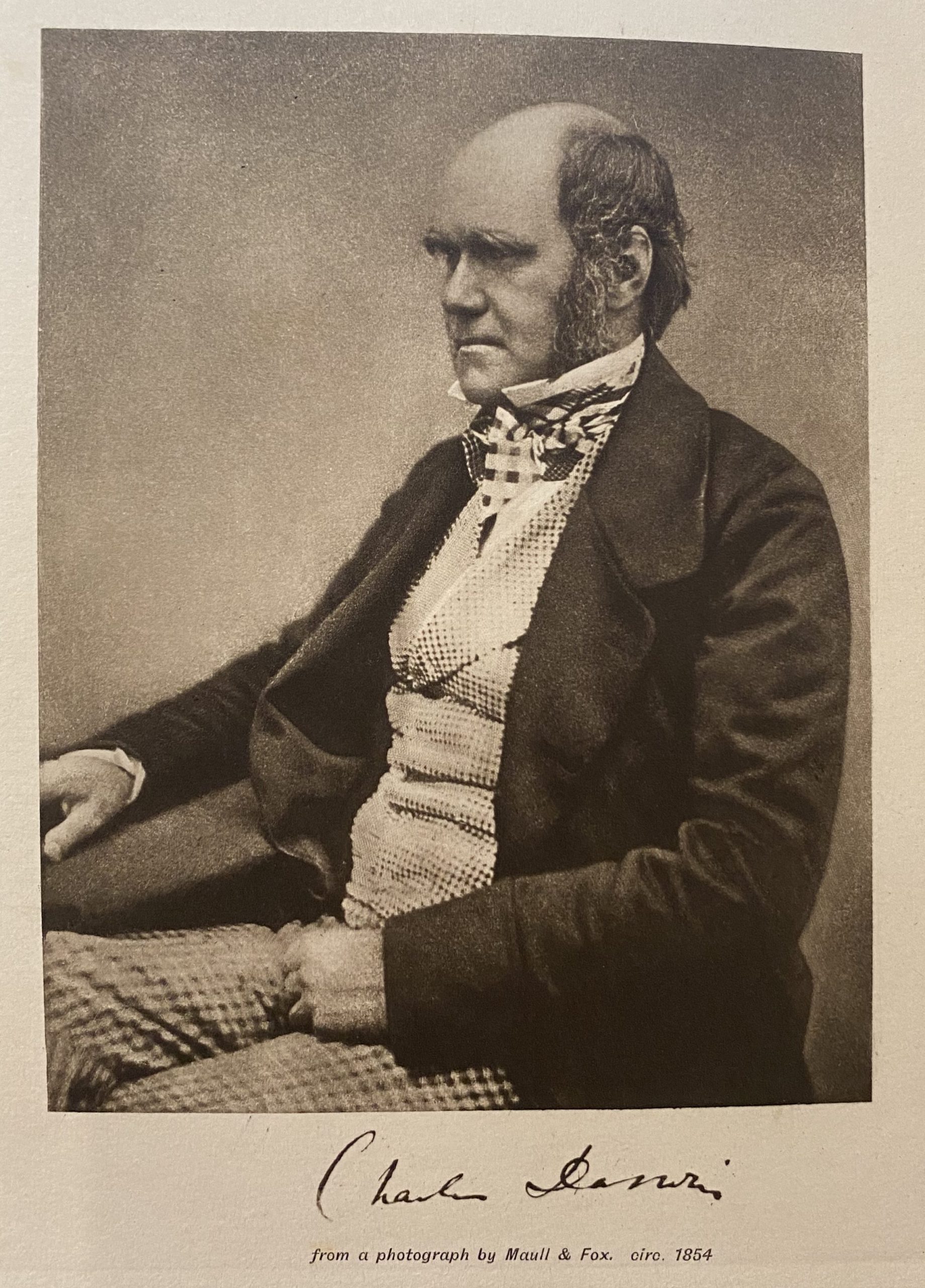 the origins of The Origin of Species

DARWIN, CHARLES. The Foundations of the Origin of Species. Two essays written in 1842 and 1844

This volume, published on 100th anniversary of Darwin’s birth and the 50th anniverary of On the Origin of Species, prints Darwin’s unpublished essays from the 1840s in which he first formulated his ideas about natural selection. The short 1842 essay was also issued in a limited edition earlier in 1909. This volume uses that same setting of type and adds the much longer 1844 essay. In the 1844 essay Darwin laid out the arguments for evolution based upon natural selection, sharing it with a few friends, notably Charles Lyell and Joseph Hooker. He continued to gather evidence until 1858, when the appearance of Wallace’s paper forced Darwin to publish.

“When Francis Darwin put together Life and letters he did not know that the sketch of his father’s evolutionary ideas, which was written in 1842, had survived. The pencil manuscript was discovered in 1896, after the death of his mother, in a cupboard under the stairs at Down House. Its dating is discussed in the preface to the first printing in 1909, and in that of 1958. The first, dated June 23, 1909, was not published but was printed for presentation to delegates to the Cambridge festivities in commemoration of the centenary of Darwin’s birth and the fiftieth anniversary of the publication of The origin of species. I have seen a copy of it with the table plan, musical background and menu loosely inserted. Leaf a4 has a printed presentation note on the recto; this has been removed in some copies which were perhaps available outside the presentation issue. Later in the same year it was reprinted and published together with the sketch of 1844, and in this printing most of the introduction, repaginated, and the whole of the sketch of 1842 are from the standing type of the first issue; the rest is new” (Freeman 1556).