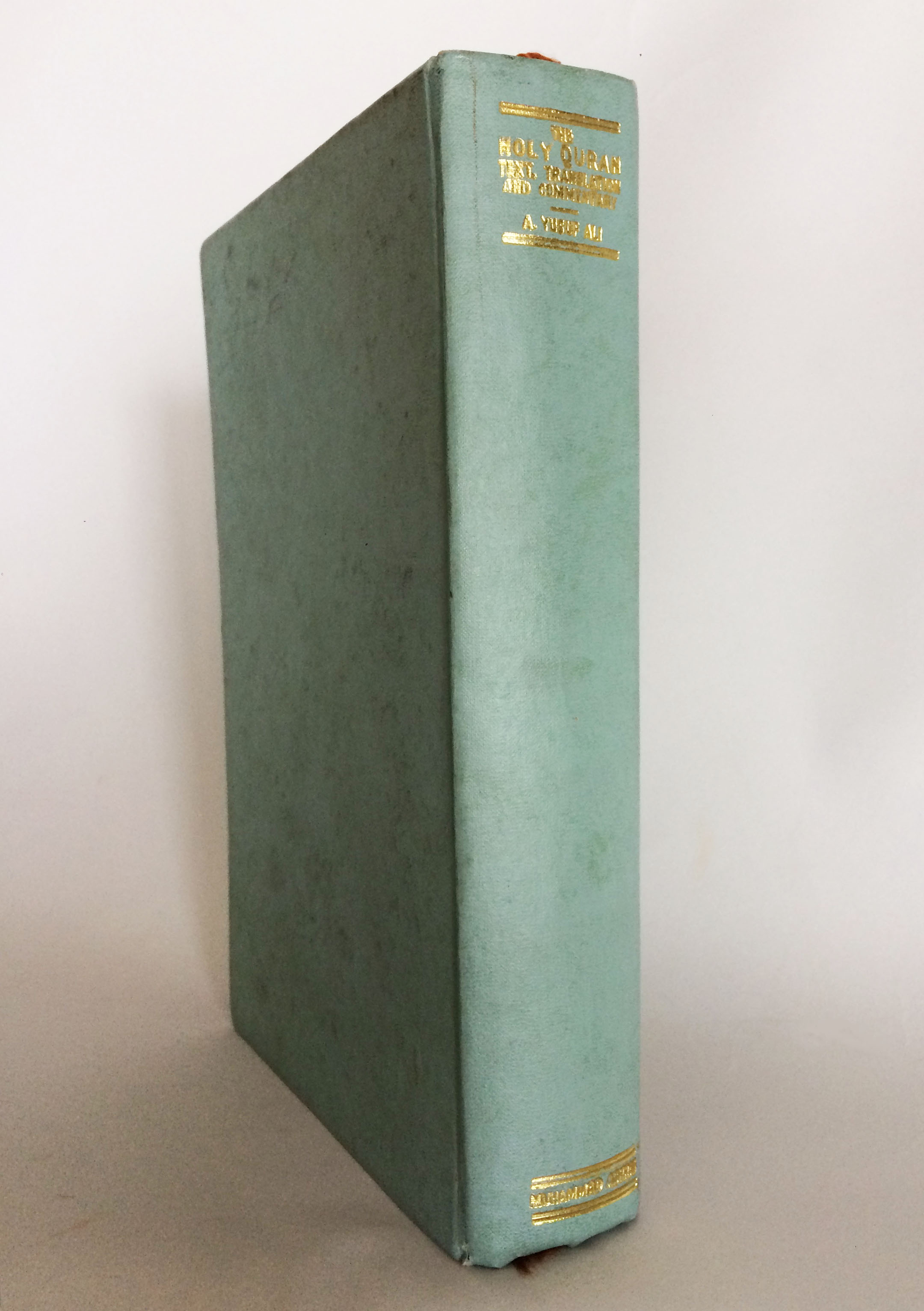 ''Float like a butterfly, sting like a bee!" The Quran inscribed by Muhammad Ali to his trainer and cornerman Drew Bundini Brown

Presentation copy inscribed by Muhammad Ali to his friend, trainer, cornerman, adviser, and phrase-coiner “To Drew Bundini Brown from Muhammad Ali Your Brother Make your life, for the work of Allah 20/6/75 Peace and Love Forever.”

The conversion of Olympic and professional boxing champion Cassius Clay to Islam in 1964, the changing of his “slave name,” and Ali’s subsequent refusal to serve in Vietnam were landmark events in the Civil Rights movement. For decades, Muhammad Ali, perhaps the most recognizable person in the world, was the most prominent Muslim in American popular culture. This Koran, inscribed by Ali to one of his most intimate asosicates, is an important relic of his unparalleled career.

Drew “Bundini” Brown joined Ali’s camp in 1963 and was with the champion for virtually his entire career. He served in Ali’s corner in all of the great fights. Brown is credited with helping Ali craft some of his most memorable lines including the famous “float like a butterfly, sting like a bee.”

“They were boxing’s best duet. Before or after a sparring session, or when the television cameras were on, or whenever the occasion called for some noise, Muhammad Ali and Drew (Bundini) Brown would shout, ‘Float like a butterfly, sting like a bee. Rumble, young man, rumble.’ After a pause, they would roar, ‘Aaargh,’ and break up in laughter. And upon seeing each other in recent years, they would recreate the act they had developed in 1964 just before the boxer then known as Cassius Clay dethroned Sonny Liston as the world heavyweight champion … He pronounced his nickname ‘Boodini,’ with the ‘n’ silent, which he seldom was. He coined and even copyrighted ‘Float like a butterfly, sting like a bee.’ He had the gift of gab, but he also had the gift of theatrics. Ali nicknamed his opponents and Bundini carried the props. Ali called Liston The Bear and Bundini waved a bear trap at the weigh-in. Ali called Floyd Patterson The Rabbit and Bundini waved the carrots and the lettuce …’Drew charged Muhammad’s battery,’ said Ali’s longtime trainer, Angelo Dundee. ‘He knew Muhammad, he was great for Muhammad'” (New York Times, September 29, 1987).