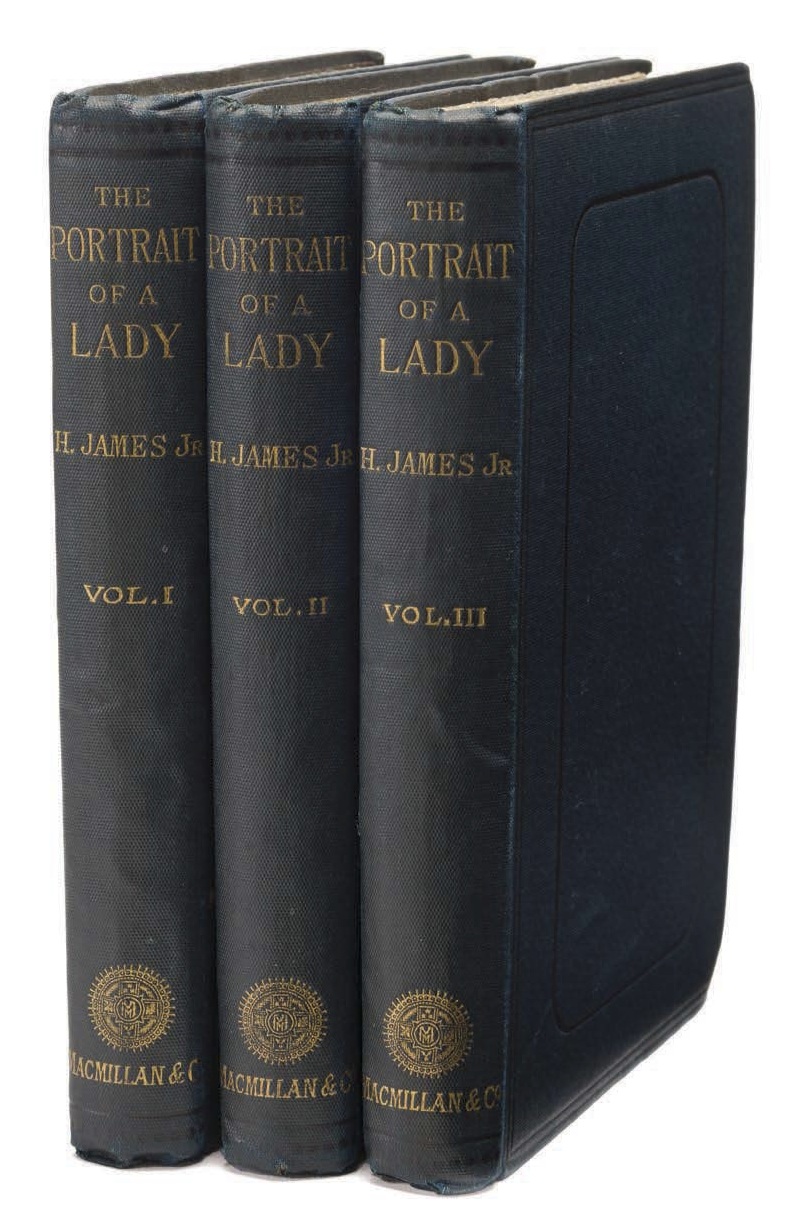 The Portrait of a Lady

JAMES, HENRY. The Portrait of a Lady

First edition, first printing of this classic of 19th-century literature. This is one of only 750 sets, many of which were consumed by English circulating libraries. The much more common American edition appeared later and is dated 1882.

Often considered James’s greatest book, The Portrait of a Lady is a novel of Isabel Archer, a young American heiress in Europe “affronting her destiny,” as James put it, becoming the victim of Machiavellian scheming by two American expatriates.

Although James’s reputation was uncertain in the years after his death, by 1946 the Grolier Club 100 Influential American Books exhibition catalogue observed, “Today we are in the full tide of a Henry James revival. His popularity and influence in America were never greater. He is regarded as the man who brought the art of the novelist into the region of esthetics, placed a new emphasis on the finer details of craftsmanship, and ‘advanced the means of communication through prose.’” Today James’s influence and reputation are as great as ever, and The Portrait of a Lady is his most widely read and acclaimed novel.

James recalled, in the preface to the New York edition of Portrait, “I see that it must have consisted not at all in any conceit of a plot,’ nefarious name, in any flash, upon the fancy, of a set of relations, or in any one of those situations that, by a logic of their own, immediately fall, for the fabulist, into movement, into a march or a rush, a patter of quick steps; but altogether in the sense of a single character, the character and aspect of a particular engaging young woman.”

“Although Hawthorne had written of Americans in Europe, James brought them into the field of literature, they became his special subject. … It was through him that the world of American expatriates first found its voice. … The Portrait supplies a key theme to be revised by Americans of the twenties, the expatriate Bohemians” (Connolly).

This true first edition of James’s classic novel is almost invariably battered or heavily repaired. This handsome copy is one of the two best examples we have seen in thirty years.