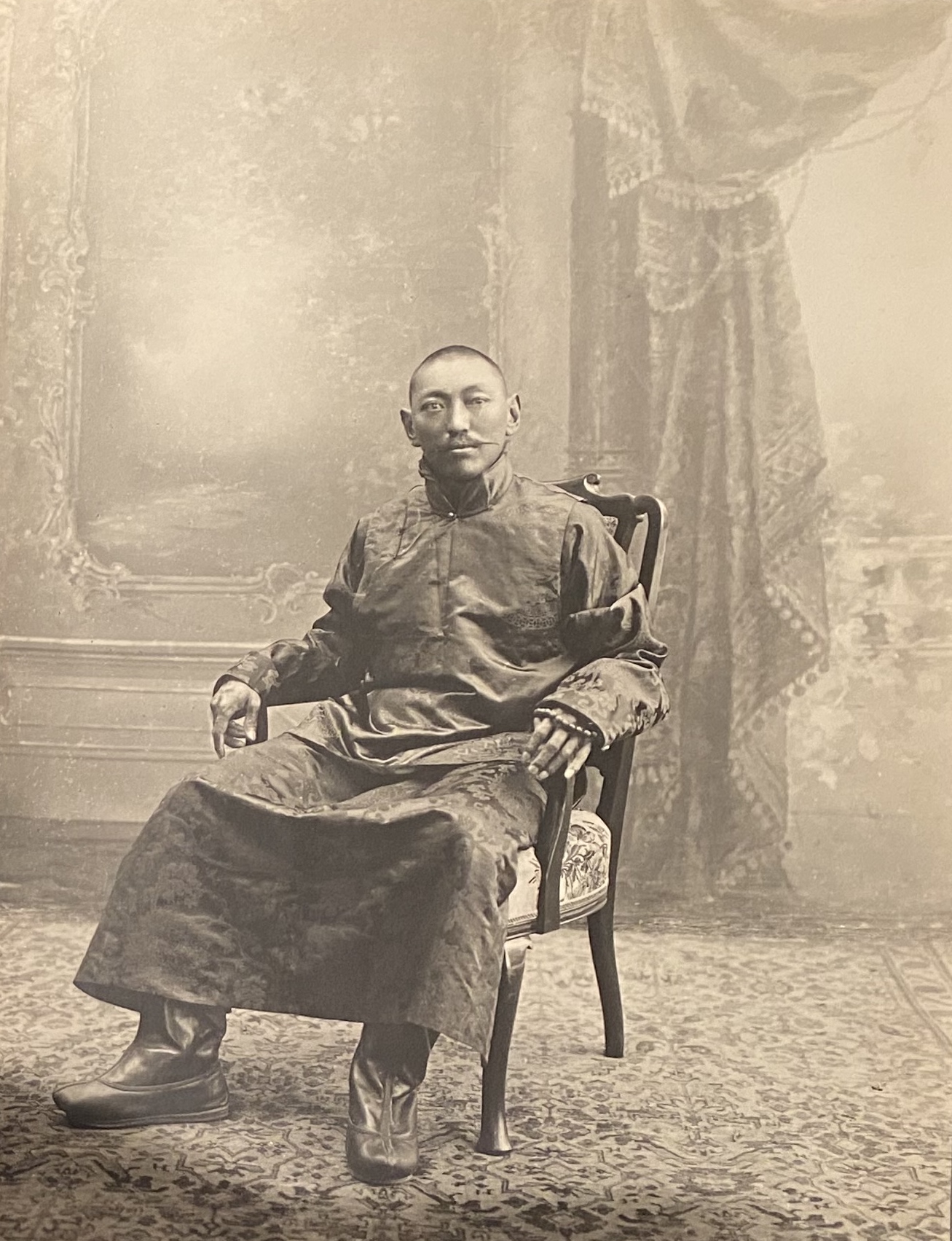 Thubten Gyatso, born in 1876, was recognized as the 13th incarnation of the Dalai Lama in 1878, and in 1895 he assumed ruling power. Over the next twenty years, he helped Tibet navigate perilous diplomatic and political seas, enduring periods of exile in 1904-1909 and 1910-1913. He helped modernize Tibet and established the moral, political, and diplomatic authority of the Dalai Lama to an unprecedented degree.

This fine studio portrait may have been taken in Calcutta in 1910 when the Dalai Lama went there at the invitation of the British Viceroy, Lord Minto. The present Dalai Lama, the 14th, was identified after the death of Thubten Gyatso in 1933.